A Dollar Tree worker claimed his bosses made him clean up rodent urine and feces without proper equipment. 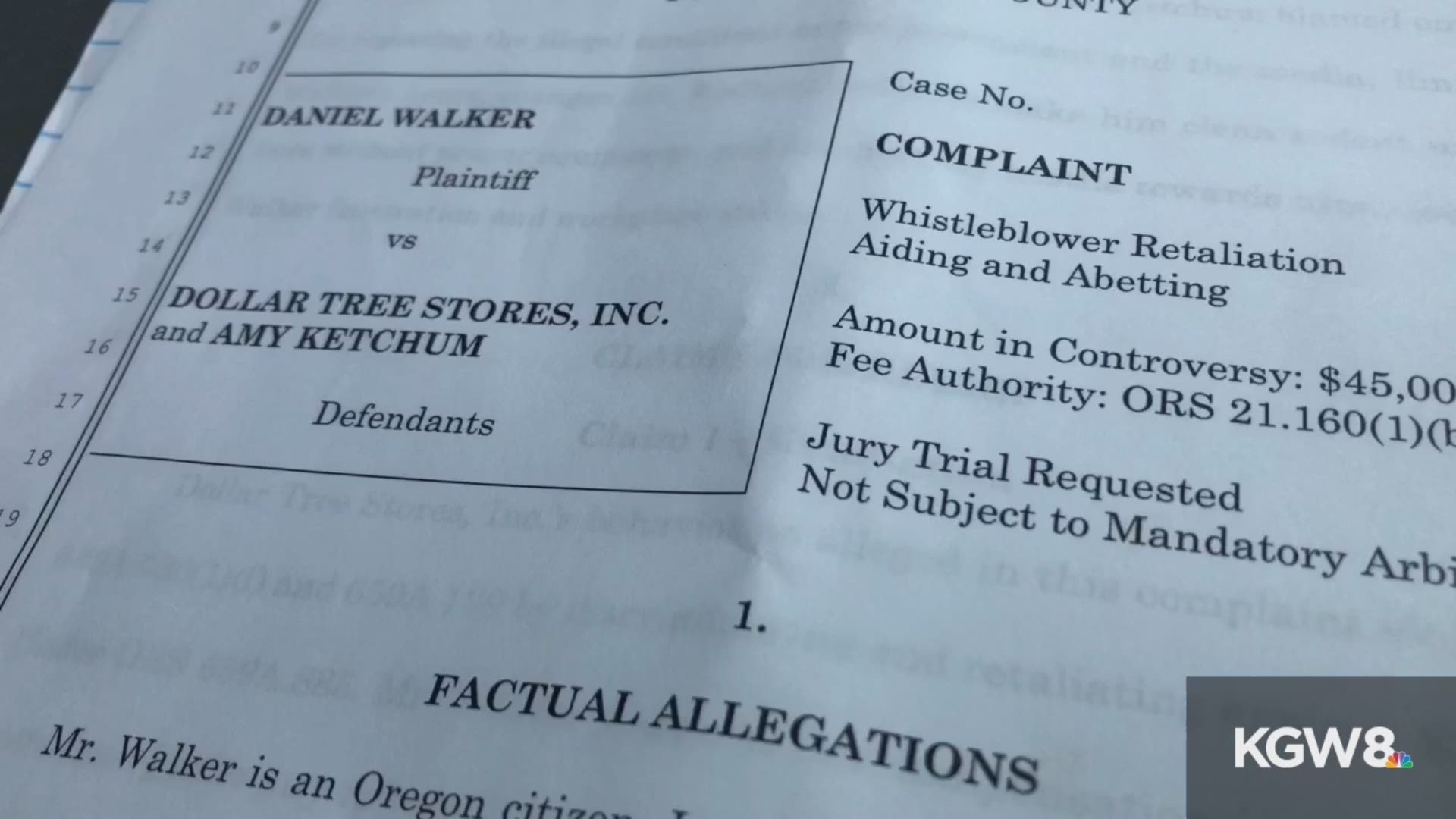 PORTLAND, Ore — An employee filed a lawsuit against Dollar Tree and his store manager after a rodent infestation.

Daniel Walker claimed his bosses made him clean up rodent urine and feces without proper equipment inside the Northeast Portland store. Additionally, Walker said the company retaliated against him for cooperating with state inspectors.

In August, the Dollar Tree store in Portland’s Lloyd District temporarily shut down after a KGW investigation found ripped food packaging, chewed food labels, rodent feces on shelves and a dead mouse in an air vent.

The state agency responsible for worker safety is investigating. Oregon Occupational Safety & Health (OSHA) said employees complained they’ve been getting sick with nausea, light-headedness and headaches after being exposed to dead mice, rodent urine and droppings.

In August, Dollar Tree told KGW it was working with pest control services and contractors to fix the problem and clean up the mess.

The store has since reopened. Dollar Tree declined to comment on the lawsuit.

The lawsuit filed by Portland attorney Michael Fuller of OlsenDaines seeks compensation of $45,000 for Walker, the Dollar Tree employee.