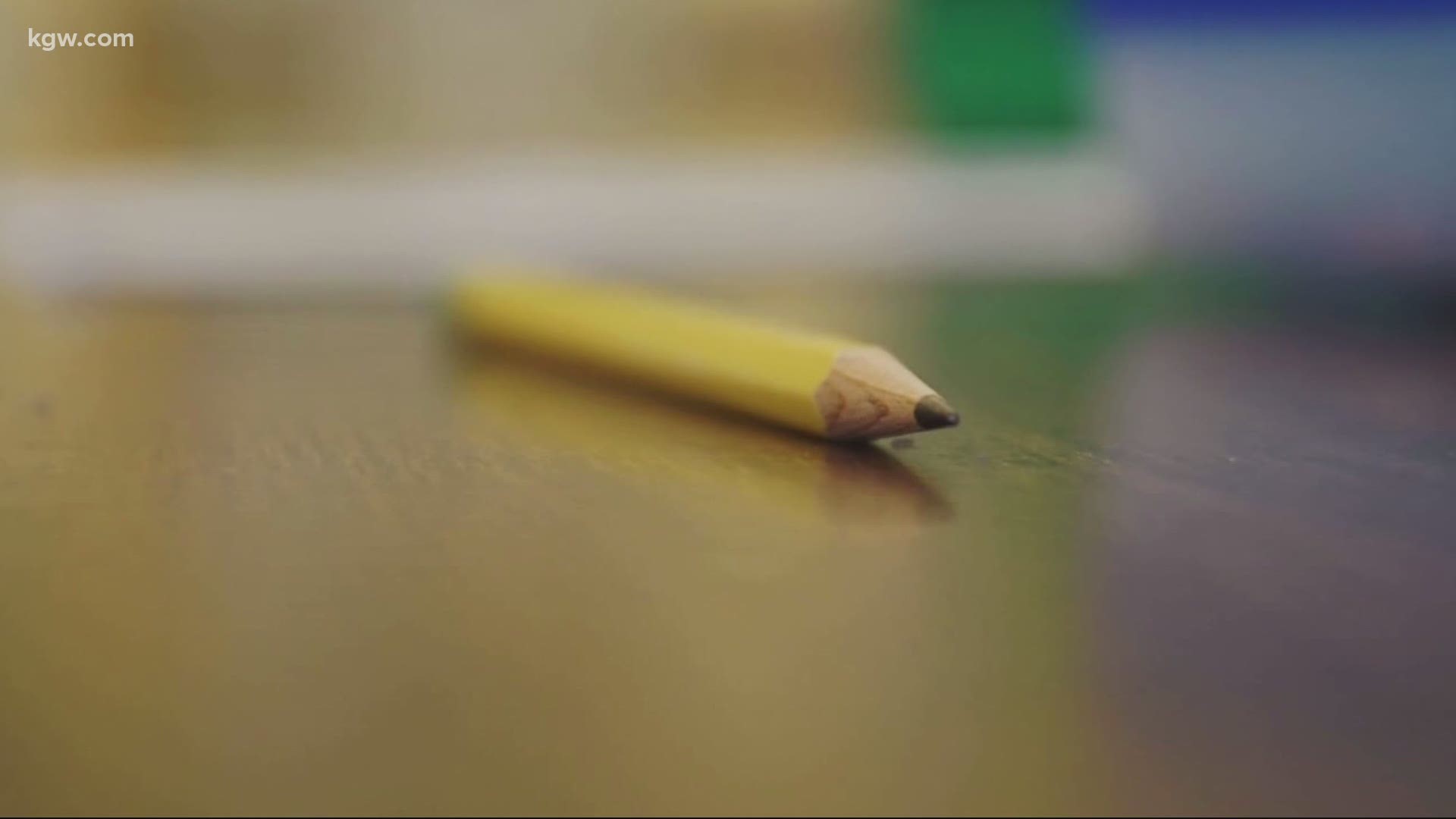 HAPPY VALLEY, Ore. — A Happy Valley family is suing the North Clackamas School District claiming their six-year-old daughter was the target of racially motivated attacks by her white classmates. The lawsuit alleges teachers and staff failed to respond to the discrimination and abuse.

“I watched my daughter, who was very outgoing and personable, feel absolutely betrayed, ridiculed and isolated,” said Jakhary Jackson, father of the girl, identified as AJ in court papers.

The then-five-year-old got a warm welcome. She hugged her school principal and got off to a good start with her teacher and classmates.

Then came a chilling reality, explained her father.

“It was quickly realized that there were deep seeded issues in this school district,” said Jackson.

Over the next few months, Jackson said his daughter became the target of racially motivated attacks by her white classmates. The abuse went beyond hateful words. There was physical violence and bullying by other students, explained Jackson.

“She said, ‘Daddy, why do you keep letting them - I been beated up,' that’s what she kept saying, 'I’ve been beated up so many times and no one believes me,'” recalled Jackson.

As a father, Jackson is a protector. He raised concerns with school staff about discrimination and the fact his daughter’s complaints were dismissed.

“They said, ‘We’re doing everything we can. I don’t know what else to say,'” explained Jackson.

After speaking with other parents, Jackson soon realized he wasn’t alone.

“Scouters Mountain showed me that they just don’t get it,” explained parent Rodney Jones. He pulled his nine-year-old son out of the same school after a series of frustrating experiences with teachers and school administrators.

“I didn’t think that I would be able to co-exist with the underlying racism there from the staff,” said Jones.

“We knew there were insurmountable challenges there that we needed support and help,” explained Butler.

A 2014 study found Black students in six Oregon school districts were more frequently and more harshly punished than their white counterparts. North Clackamas was not included in the study.

Jackson felt he had no choice but to remove his daughter from Scouters Mountain.

“That school was toxic,” said Jackson, who enrolled his daughter in a new school.

“If we’re going to as a society address systemic racism, we have to start in the school,” said attorney Brenna Legaard of Schwabe, Willamson & Wyatt, who filed the lawsuit on behalf of the Jackson family.

The federal lawsuit is seeking damages, an apology for the girl and changes in the way the district handles racial discrimination.

In response a district spokesperson provided the following statement:

"North Clackamas Schools (NCSD) strives to affirm the identity of each and every student, family, and employee. NCSD’s Equity Stance is at the center of its educational commitment and influences all aspects of the district’s operations. For this reason, any allegations of NCSD failing to meet the goals articulated in the Equity Stance are taken extremely seriously and NCSD will undertake all appropriate action."