The mother of Kyron Horman wants prosecutors in Roseburg to charge Terri Horman for a decades-old murder-for-hire plot. 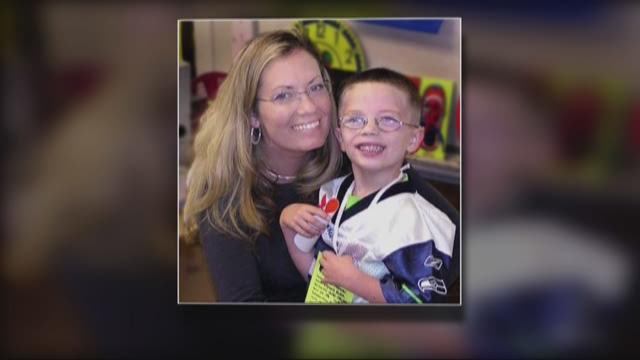 PORTLAND, Ore. -- The mother of Kyron Horman wants prosecutors in Roseburg to charge Terri Horman for a decades-old murder-for-hire plot.

“I want them to hold her accountable,” said Desiree Young, the missing boy’s biological mother. “I want people to understand what she is capable of.”

Terri Horman has long been the focus of investigators, but never been charged for the disappearance of her stepson. Kyron Horman was last seen on June 4, 2010. He has never been found.

Young said detectives made her aware of the murder-for-hire allegations several years ago.

The alleged plot occurred in the summer of 1990. Horman’s then-boyfriend said a man came after him with a gun at a in Roseburg, Oregon.

Rea said no shots were fired. He didn’t report the incident to police. Soon after, he broke up with Horman and moved away.

Rea said that Multnomah County investigators informed him that a prison inmate had confessed to taking part in a murder-for-hire plot decades ago in Roseburg. Rea recalled the unnamed inmate independently provided specific details that matched his account from 1990.

Police in Roseburg confirm detectives will present the case to prosecutors “in the near future and the case remains open.”

Young hopes the investigation will result in criminal charges for Terri Horman, who is now living in California. Horman could not be reached for comment.

“We want her in jail. We want her held accountable,” said Young. “We want her to tell us what happened that day. We want the truth. We want Kyron to come home.”