The day after KGW's story aired Wayne Crowder's story, he got a call from Starburst Enterprises Four, the company that owns and runs the specific Jiffy Lube franchise. 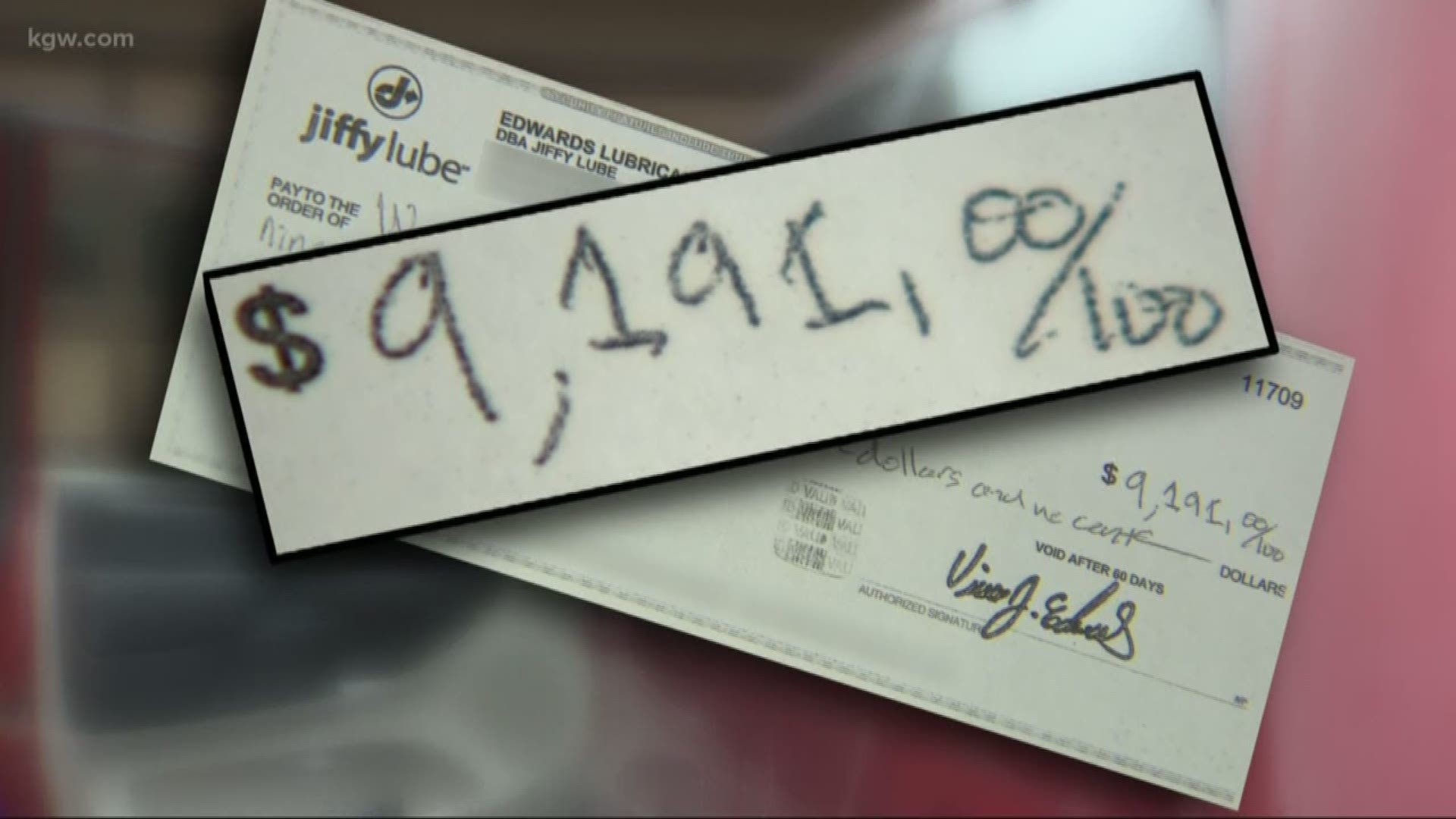 DALLAS, Ore. — After several hundred comments and more than 1,000 shares, there is new information involving a Dallas man's claim that an oil change destroyed his engine.

KGW’s investigative team first brought you this story last week, and it didn’t take long for things to change.

When we first met Wayne Crowder, he was describing the noise coming from the engine of his 2014 Chrysler Town & Country van.

“The first sound was tap, tap, tap. The second sound was bang, bang, bang. Then, crunch,” he described.

Wayne said his engine started making this noise after he took his van to get an oil change at the Jiffy Lube on East Ellendale Avenue in Dallas.

On Wednesday, Wayne was making a different noise. He says it’s one of relief.

It’s been a long haul, so to speak, for Wayne and his wife Jackie. When they first contacted KGW they were frustrated and facing several thousands of dollars in engine repair work. The engine on their van was destroyed. Wayne said the Jiffy Lube technicians did not put oil in his engine when he went in for a change, and the technicians sent him on his way.

Wayne took his van to the dealership where he bought it, Roberson Motors, so mechanics could inspect the engine. In a diagnostic report, those mechanics found “excessive metal debris” in the engine, metal shavings in the oil pan, and multiple “spun rod bearings.” KGW took that diagnostic report to an ASE certified master mechanic of 35 years.

“This is a very common repair for a car that was run without oil in it," said Russ Jones, the certified mechanic.

The total cost for a new engine was nearly $9,000. Wayne and Jackie were forced to take out a pair of loans to finance a new engine.

The day after our story aired, Wayne said he got a call from Starburst Enterprises Four, the company that owns and runs that specific Jiffy Lube franchise.

Sure enough, the registered agent of Starburst Enterprises Four LLC showed up at Wayne’s house with a check for $9,191. Wayne said he was relieved.

“He drove right over here, knocked on the door, walked right in. He was very polite, very courteous," Wayne said.

Wayne's claim against that Jiffy Lube franchise carried a little more weight because Wayne had gone to court and received a default judgment from the Polk County small claims court. The amount he was awarded was $9,191.

But he also put up a handful of signs in his yard and on the back of his van, warning people of his experience with Jiffy Lube. He said those warning signs did not go unnoticed to the Jiffy Lube franchise representative.

“And I said, 'I'll tell you what I'll do. You hand me that check that's in your hand and I'll pull the signs down and I'll take them off the car.' And he said, 'Here's your check,'" Wayne said.

Wayne took the signs down. And even though they wrote him a check, the Jiffy Lube franchise did not admit any fault with Wayne's oil change. Wayne said the next time his van needs an oil change, he might just do it himself.