'It's not over': Mother of 13-year old Oregon cancer patient fighting for custody, medical freedom

On Thursday, a Clackamas County judge halted the state’s plan for surgery on Kylee Dixon. 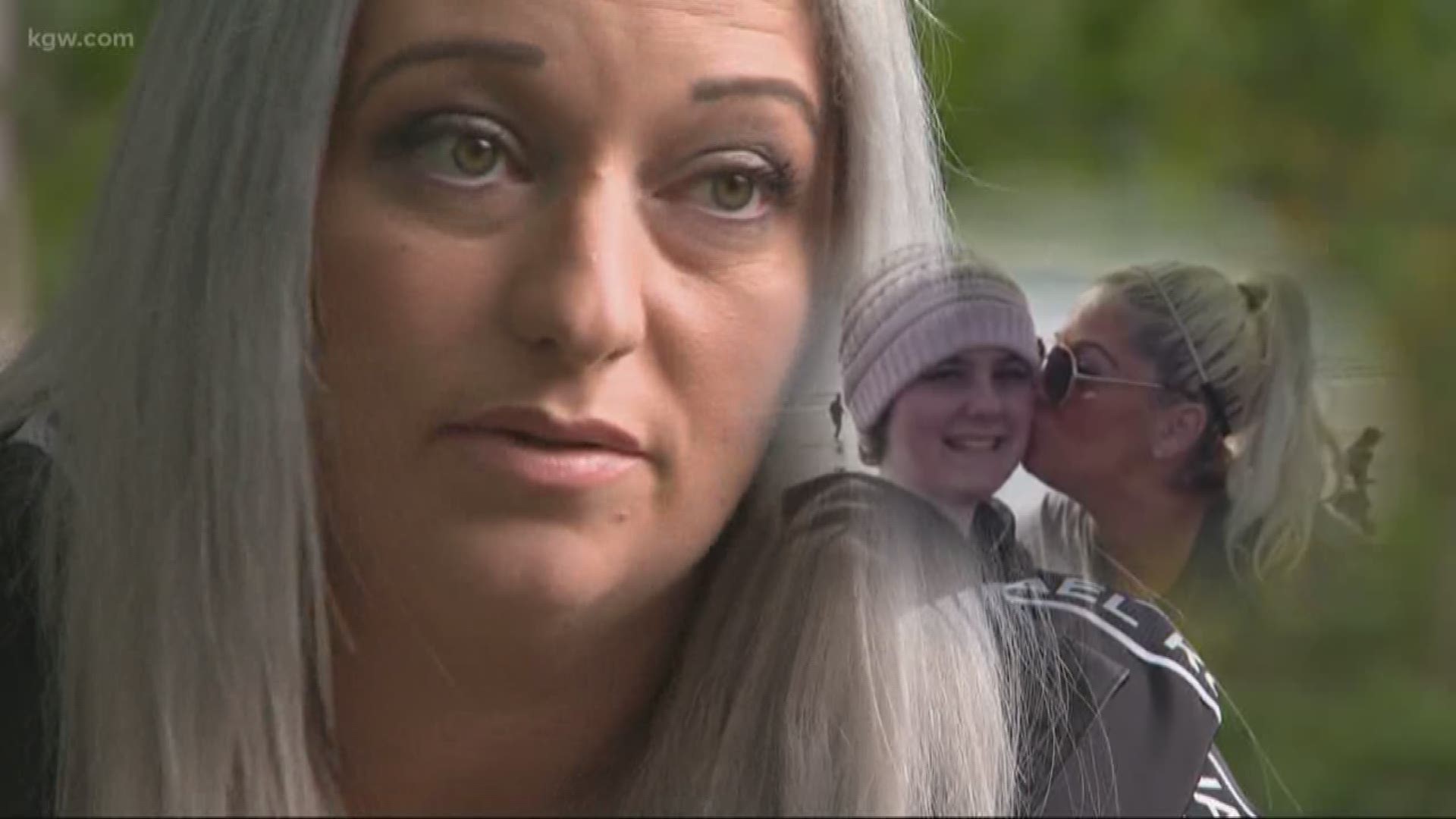 PORTLAND, Ore. — Despite a favorable ruling in court, the mother of a 13-year old cancer patient said the fight isn’t over. Christina Dixon is still battling for custody and the freedom to make medical decisions for her daughter, Kylee Dixon.

“It’s not over. They still have Kylee. My life is torn to pieces,” said Christina Dixon.

On Thursday, a Clackamas County judge halted the state’s plan for surgery on Kylee Dixon. The court order came just one day before the 13-year old was scheduled for a procedure to remove a tumor.

Christina believes it was a life-saving decision. She felt the procedure was unnecessary and put her daughter at risk.

“It was emotionally such a win in so many ways,”said Christina. “My daughter has a chance at living. We can prove that she’s not dying.  She’s healing.”

Kylee has been in state foster care since June, when her mother failed to follow a court order to bring her daughter for prescribed medical treatment. Police found Kylee and her mother, Christina in Las Vegas, Nevada.

Christina Dixon previously told KGW she believes alternative treatment, including CBD oil was effective in treating her daughter’s cancer. The state disagrees- citing multiple medical experts who warn without surgery the tumor will grow, causing Kylee to get sick and die.

As part of Thursday’s ruling, the judge allowed Christina to withdraw an agreement she made last May giving the state jurisdiction over her daughter.

The decision sets up a potentially lengthy and contentious legal battle. Supporters have set up a fund to help Christina pay for medical experts and legal fees.

A hearing in the medical custody battle has been scheduled for Friday, Oct. 4.