Unlike state government, which doesn't send people to collections who can't afford it, the city of Portland often refers delinquent accounts regardless of income. 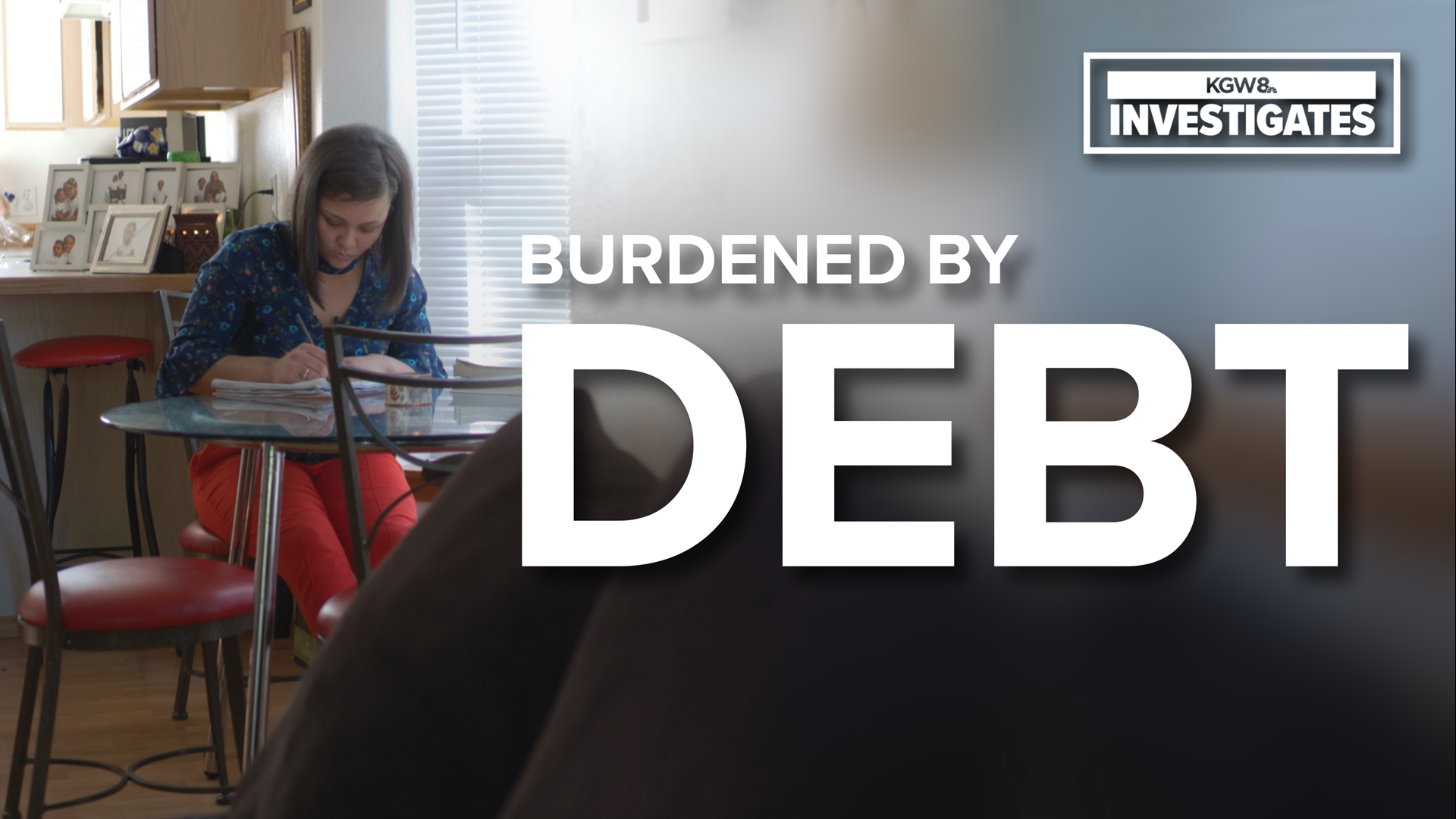 Then, the city of Portland came to collect.

A judge ordered Lomax to pay $5,028 in damages after a 2013 crash with an unmarked police car. She and her family didn’t have that kind of money.

“At that time, unbeknownst to them, we were homeless. It was hard. Really, really hard,” Lomax explained.

Despite her clear inability to pay, the city sent Lomax to a private debt collection agency. The consequences were significant.

The amount Lomax owed grew quickly because the collection agency tacked on hundreds of dollars in interest and fees. Additionally, her credit score took a hit, making it more difficult for Lomax and her three children to find an apartment.

“It put a lot of barriers and boundaries in front of me when I was applying to move into places, applying for jobs, get a car,” Lomax said. “It was a big strike on my credit.”

Since 2015, the city has turned over more than 157,000 delinquent accounts to a private, third-party collection agency with little regard for how much is owed or if the person can pay. In some cases, residents who fell behind as little as $25 were sent to collections.

The aggressive tactics used by city hall to force people to pay up may be undermining Portland’s own effort to keep residents housed, employed and able to meet their essential needs.

“Debt collection is an area where we’ve seen the city go after vulnerable people and it ends up being counterproductive,” said Margie Sollinger, the city’s ombudsman. “It’s not a humane system in the way we are approaching it.”

Sollinger took a closer look at the city’s practices after hearing about Lomax’s case. She found the city’s effort to use a private collection agency against Lomax was punitive. Lomax clearly didn’t have the money, even to make a small payment.

Lomax said she’d have to use her rent money or sacrifice other basic living expenses.

“There’s no public interest in doing that to someone and wreaking havoc on their lives, and then collecting nothing for the city,” said Sollinger.

Portland has no clear, citywide policy on when accounts should go to collections. It’s up to each city program or bureau to establish their own rule.

For example, after several warnings the revenue division sends residents to collections if they owe $100 or more. But the water bureau refers closed, delinquent accounts for much smaller amounts. The water bureau also handles accounts for the Bureau of Environmental Services.

Since 2016, the Portland Water Bureau has sent 342 accounts to a private debt collection agency because they owed $50 or less. Some former water customers sent to collections owed as little as $25.

“We care about people who struggle to pay their bills,” said Jaymee Cuti, a spokesperson for the water bureau. “We are reviewing our threshold for collections with our commissioner.”

City Commissioner Amanda Fritz oversees the Portland Water Bureau. Her chief of staff Tim Crail said Fritz believes sending someone who owes less than $50 to collections is inappropriate. She has asked the bureau to change the practice, Crail said.

He said Fritz also asked bureau leaders to review their collection practices overall and consider options that could improve the system.

Unlike the city of Portland, the state of Oregon allows agencies to opt out from sending some people to collections if they owe just a small amount of money or clearly can’t afford it.

By law, the Oregon Department of Revenue can opt against referring people to collections if they owe less than $100 if they’re on public assistance, in a state hospital or in jail.

The city’s contract with private debt collection agency Ray Klein, also known as Professional Credit Service, is not unusual. Many government agencies outsource the work of debt collection. By allowing private companies to charge fees and interest, cities like Portland get the services free of charge.

Many of these unpaid bills referred to collections end up in court, creating additional strain for the court system.

A review of court records shows, since January 2019, Ray Klein has filed 1,092 cases in Multnomah County Circuit court on behalf of various clients including the city of Portland, hospitals and private companies.

Most of the cases filed by Ray Klein in Multnomah County come from the Portland Water Bureau.

In the month of November alone, 227 of the 267 lawsuits filed by Ray Klein in Multnomah County Court were against Portland Water Bureau customers.

In nearly all such cases, the city of Portland prevails. Most people who owe don’t show up for court.

It’s unclear if this practice is effective. Since 2015, the city of Portland has referred more than $32.8 million in unpaid bills to Ray Klein for collection, according to city records. Of those unpaid funds, roughly 15% has been recovered.

“We have seen the city go after vulnerable people and the result is we don’t get any money for it and we make their lives a lot worse,” explained Sollinger.

RELATED: Many Portland Parks catalogs dumped after the city spent $726,862 to print them

After reviewing Lomax’s case, the ombudsman wrote a letter to the city’s risk manager and outlined her concerns. In response, the city forgave the debt and dropped collections against Lomax.

“I feel blessed. This is beyond luck,” said Lomax, who is working as a nurse, has a car and stable housing. She lives in a townhouse with her children in Northeast Portland.

She hopes the city of Portland will provide other vulnerable residents with the same opportunity by focusing its private collection referrals on those who can afford to pay, instead of those who can’t.