INSTANT MILLIONAIRE: We asked 149 millionaires how they spent the jackpot

Ever wondered if those people who won the lottery jackpot went broke? Blew all their money on expensive things? We asked them. 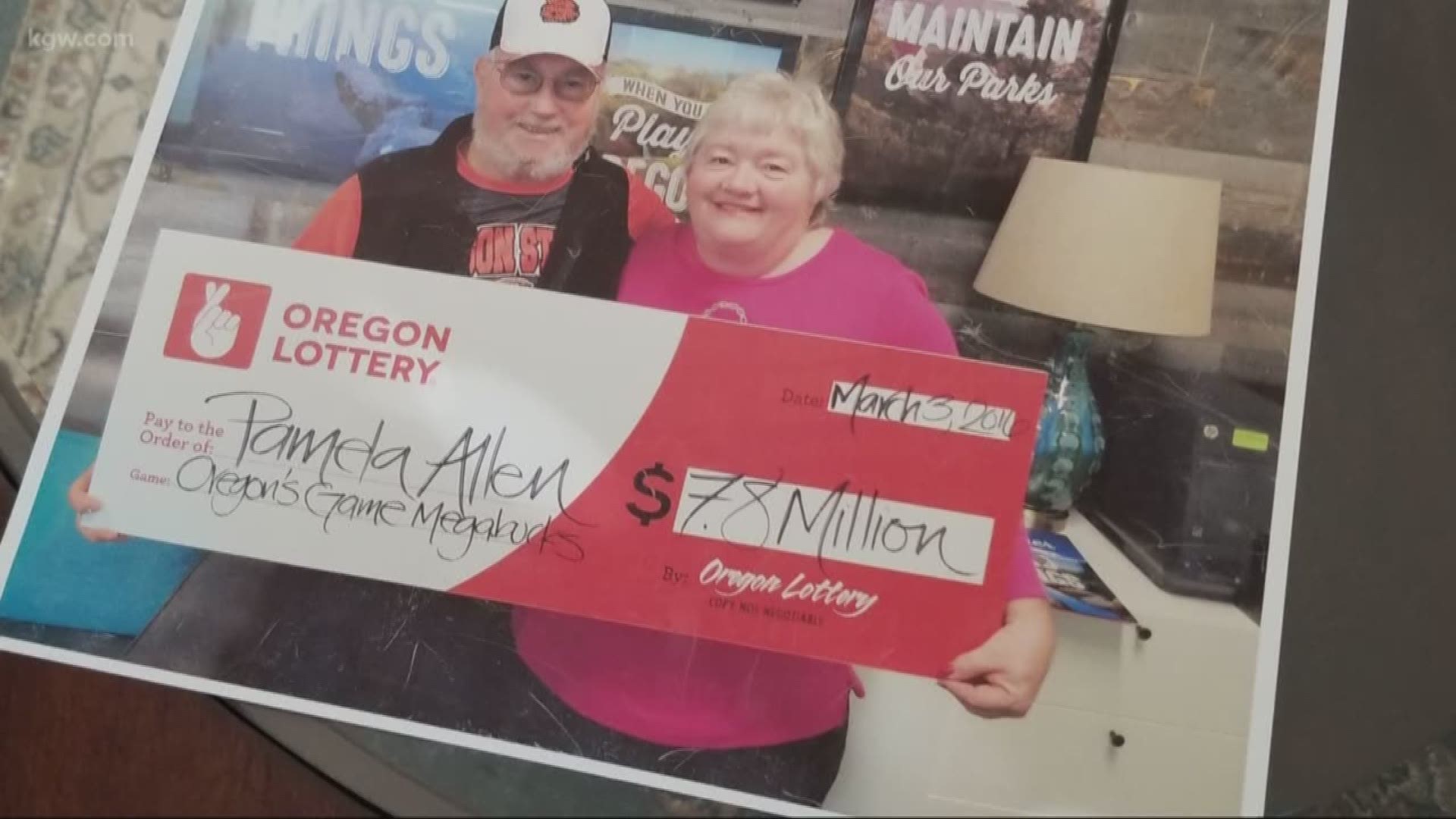 As a reporter, I’ve often been assigned a story on “lottery fever.” It has almost become routine. Any time there is an especially large jackpot, we go to a local convenience store and interview people looking to strike it rich.

The questions are predictable: If you won the jackpot, what would you do with the winnings? Would you show up to work tomorrow? What are your lucky numbers?

It is a great feel-good story.

We all want to dream. But, I’ve always wanted to know what really happens after someone wins. What do they spend their money on? Do they still work? Does money change relationships with friends or family?

To find out, I submitted a public records request to the Oregon Lottery for every winner who has claimed a jackpot of more than one million dollars. The lottery produced a list of names.

I then searched through a series of public databases including the department of motor vehicles and court records to find addresses.

I put together a survey and sent it to 149 lottery winners, along with a self-addressed stamped envelope. I promised we would not publish their names or contact information. The answers submitted would be anonymous.

Their answers help illustrate how the lottery sells dreams- but in reality, the financial windfall doesn’t guarantee good health or happiness.

Below is a summary of the answers we received:

A good thing. (Every jackpot winner who responded agreed.)

Yes! 90 percent of the jackpot winners continue to play the lottery. “I will win again,” wrote one lottery winner.

Another winner wrote, “I play twice as much.”

Financial security, increased leisure time and easier retirement were the most common answers. About one in five winners explained winning the lottery hasn’t changed their lifestyle. They drive the same car and live in the same house.

. “I drive a Toyota, not a Ferrari,” explained one lottery winner.

“Bought a new dishwasher,” wrote one jackpot winner, while others said they purchased two iPads, truck tires and a trip to China.

None of the winners who responded went on a luxury spending spree - no yachts or fancy jewelry.

Several lottery winners said they used the money to buy a new home or new car- including “a new Subaru Forester” and a “Ford Mustang Convertible.”

Retire and travel were the most common answers. Several lottery winners mentioned donating their time and money. “The best part is we are able to help people when before it may have been a struggle,” wrote one lottery winner.

Another winner described donating money to a program for children in foster care.

Roughly 65 percent of lottery winners said they put most their money into savings or investments. Lottery winnings also went to household expenses, bills, children, family and charity. One winner groaned about spending the winnings on attorney’s fees during a messy divorce.

Lottery winners want to make two things clear. First, winners don’t get as much money as you think. “Taxes take a HUGE portion,” explained one winner. For example: After taxes, the cash option payout on a $6.3 million jackpot is $2.1 million.  Also, lottery winners are tired of people suggesting they are foolish with their winnings. “Many (people) who know my situation are surprised I drive a Toyota and not a Ferrari,” wrote one winner. “Some expect you to blow it all.”

Winners were split on this question. About two-thirds of the winners said relationships had not changed, while the rest felt relationships had turned sour because of money. “Some of whom I called friends were jealous and we have never spoken since,” explained one winner.

Most said no, although one winner wrote how a family member took advantage of her. The family member introduced her to a pair of con men.

“They conned me out of what money I had left,” wrote the winner. “My life is now an emotional and financial struggle every day. I couldn’t pay my taxes so I have been in serious trouble with the I.R.S. I have almost lost my house twice.”

Yes. Almost all the winners have tried to avoid the spotlight. “However, Oregon law makes it impossible,” wrote one winner.  That’s how we got the list of jackpot winners- through a public records request.

Most winners felt happier after they struck it rich but not everyone. One in four winners said they were happier before they won the jackpot because life was less complicated and not as stressful.

One winner explained how money doesn’t guarantee good fortune. “My husband (of 27 years) passed away unexpectedly 9 months after we won. If not winning would bring him back, I would 100 percent wish for that. Since he is gone, the financial security means a lot to me, but I can’t say I am happier because I can’t share the money with him,” wrote a jackpot winner.

Only about 40 percent of winners said they quit their job after becoming a lottery millionaire.

This was split down the middle. About half the winners still work- the other half are retired.

About half the winners said they stress about money. “Always will,” wrote one winner. “It’s just a different kind of stress.”

Past lottery winners suggest anyone who strikes it rich seek professional advice, be cautious and don’t tell anyone. Here are some words of wisdom from jackpot winners.

“Wait for a few weeks before you start spending it.”

“Move and unplug your phone or change phone numbers. Don't be nice to the companies that try to buy your payments, they are sharks.”

“Stay away from drugs.”

“Do not trust ANYONE. Someone is always trying to find a way to separate you from your money. Even family members. They can be the worst!”