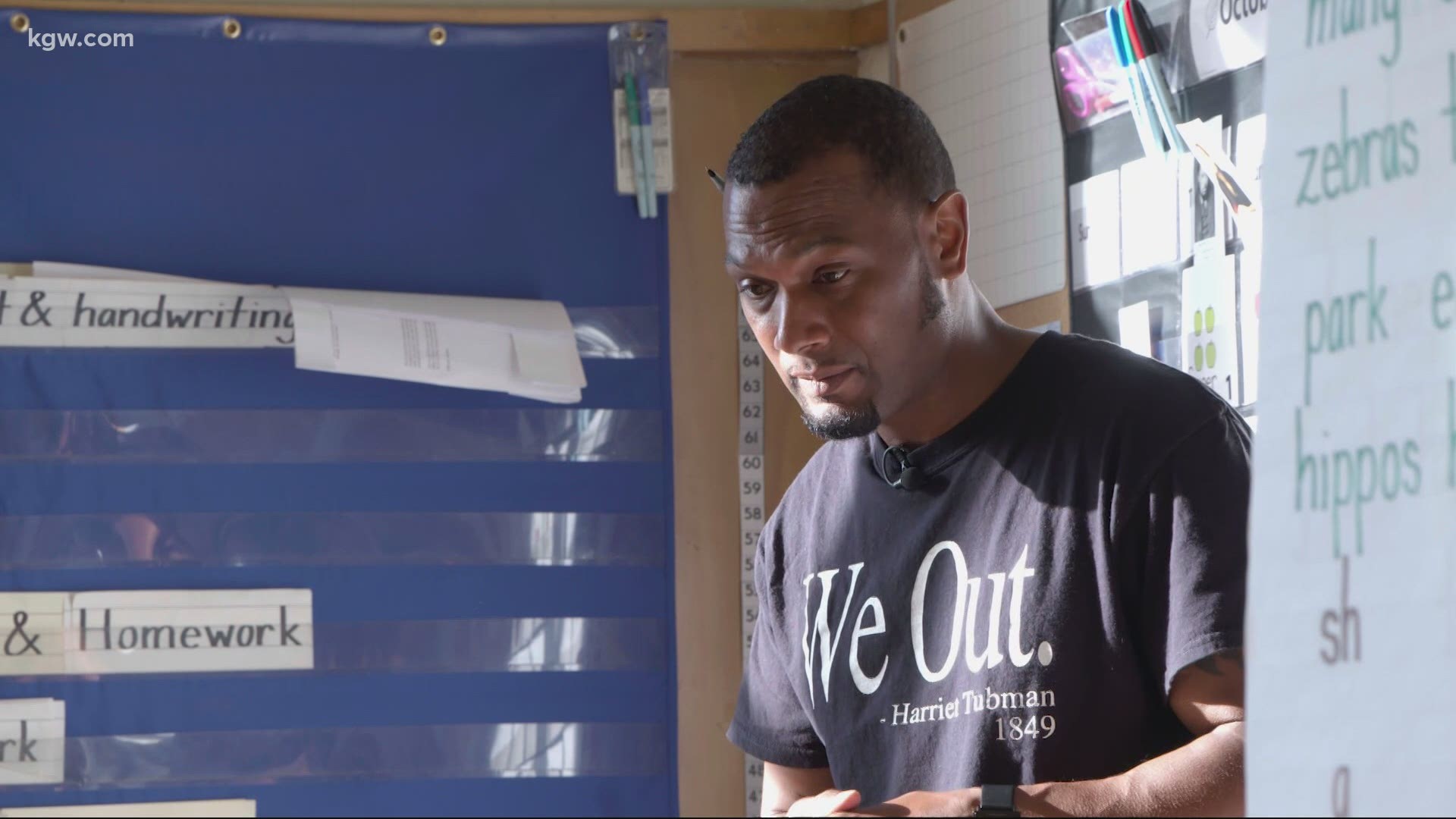 NBC saw KGW’s year-long series, Inside Woodlawn, and wanted to highlight the educators in a story of their own. TODAY show co-anchor Craig Melvin talked to first-grade teachers Lionel Clegg and Anthony Lowery about the sheer lack of black male teachers across the country.

“There are roughly 4 million first graders in the United States of America and around 2%, have a guy that looks like me at the front of that classroom. And we know that representation matters, for a host of reasons,” said Melvin.

“I want to thank you guys for introducing us to the story," Craig Melvin said. "You know, it was one of the things that came across our desk and we saw and were like, 'Oh, this is fantastic.'”

“I hope your viewers and or listeners appreciate the one-year commitment," Melvin said. "There are not a lot of local TV stations that have the resources or the willingness to commit those resources to a year-long story on education these days. So, kudos, kudos for good journalism.”

RELATED: Inside Woodlawn: The struggles and successes of distance learning

RELATED: Inside Woodlawn: No Time to Waste