Inside Woodlawn Ep. 3: How gentrification has priced out some families

Half of the students at Northeast Portland's Woodlawn Elementary can't afford to live in the neighborhood. Our year-long look at life inside the school continues. 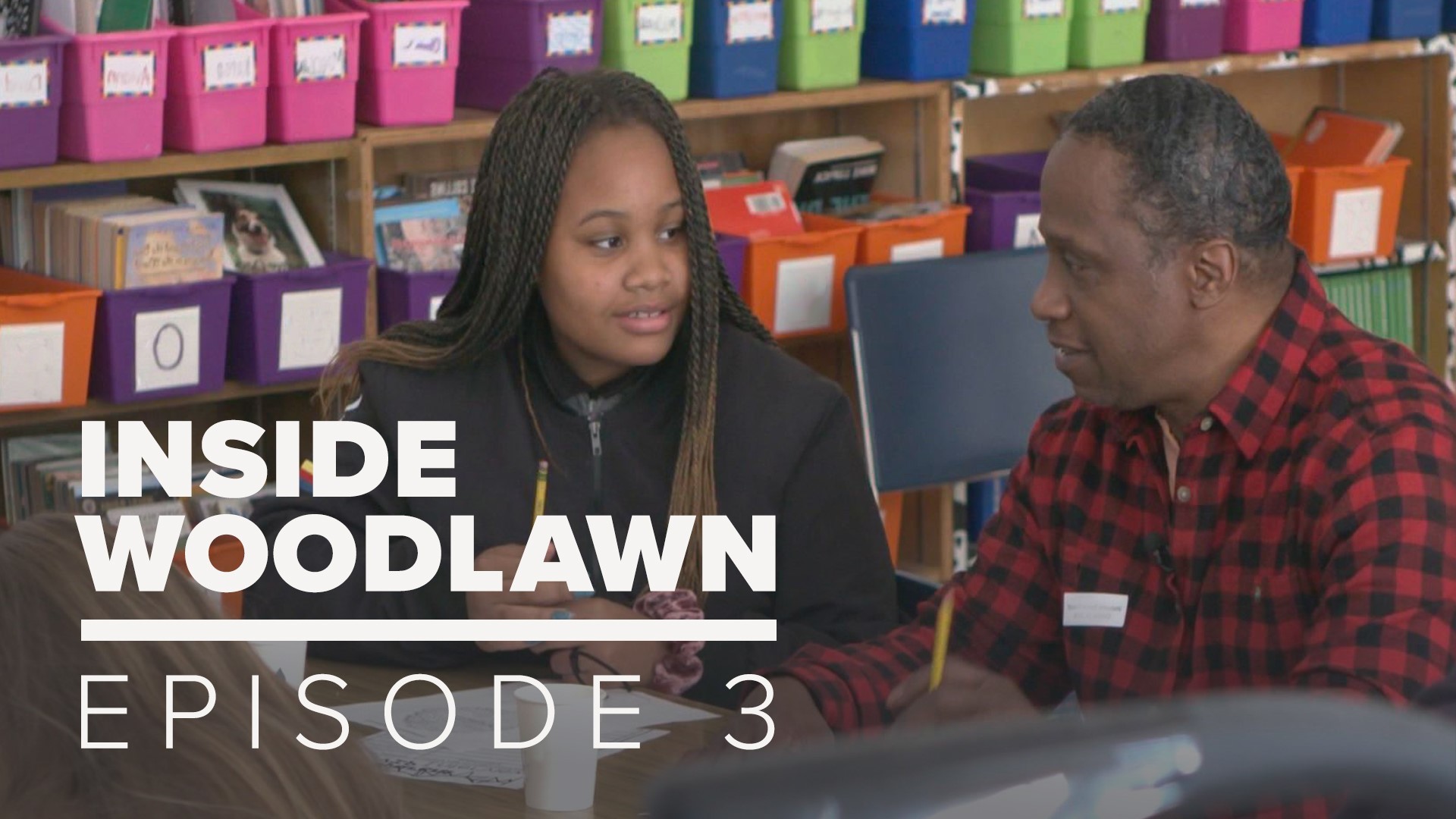 PORTLAND, Ore. — More than half of the students at Woodlawn Elementary don’t live in the neighborhood because their families can’t afford to rent or own homes there.

It's one of the most visible symptoms of gentrification at the Northeast Portland school. Priced out of the neighborhood, many parents are forced to drive their sons and daughters from more affordable neighborhoods.

“I've actually calculated, and I think it's 22 minutes," said Woodlawn parent Alicia, who didn’t want us to publish her last name. "But that also depends on traffic. So around 30 minutes on average.”

Alicia is not in a unique situation when it comes to driving her daughter a far distance to school every day.

Woodlawn Principal Andrea Porter-Lopez said more than half of the student population doesn’t live in the neighborhood.

Many of these families live east of Interstate 205 in an area referred to by many as “the numbers.” But that wasn’t always the case.

“There's lots of people that I know that make this commute. And at one point people didn't have to make the commute,” Alicia said.

Alicia grew up three blocks from the school, but with median home prices in the Woodlawn area at $499,000 according to Zillow, she can’t afford to live there as an adult with her own family.

Still, she feels compelled to send her kids to Woodlawn because of her connection to that community.

“It's what I know. It's where I was born, where I grew up. I know the streets and the parks. I did know the churches, but many of those are gone. I did know corner stores, which are gone. It's just really different,” said Alicia. “And so although I'd love to still live where I know, it might be weird because it's not what I know anymore.”

Porter-Lopez said these families are a big part of Woodlawn’s past, present and future.

“They're part of our community," she said. "And if they are willing to drive from wherever they live to get here because they want to be here, they want their child to be here, we allow that to happen."

When asked how these families can attend a school that's not in their neighborhood, Porter-Lopez said they are asked to provide the required documentation.

“And in every case, families produce documentation to show that they can attend here,” said Porter-Lopez.

Alicia’s father, Herman Bryant, grew up in the area and attended Woodlawn as a child.

He likes going back to Woodlawn for things like Grandparents Day, but says returning to the gentrified neighborhood is strange.

“It has come and gone, right? I just feel displaced everywhere I go in Portland,” Bryant said.

His mother still lives in the neighborhood but has felt the pressure to sell, something echoed by several families of color who also still own homes near the school.

“Just kind of the shoving that they do, individuals do, knocking on your door, asking you to sell your house. It’s very traumatizing to my mother,” Bryant said.

“You get pestered all the time. 'Do you want to sell your house?' notes, letters, people calling, knocking. I mean, you wouldn't see that in any other community,” said Lowrey.

Inside Woodlawn Ep. 1: One year inside a Portland elementary school

Lowrey remembers trying to sell his grandparent’s home after they passed away, and he felt like real estate agents were trying to take advantage of him.

“Just going through the trouble of selling the house, dealing with the real estate agents undercutting you $30,000, $40,000, $50,000 and you know the house is worth more. And I mean I literally had to get into verbal conflicts where real estate agents over trying to undercut us because they think that we're uneducated,” said Lowrey.

Lowrey used to drive his own kids to school in Northeast Portland from Vancouver because he couldn’t afford a home Woodlawn either.

“You're really not living; you’re existing. Because nobody wants to be out there," he said. "Nobody wanted to move to those places. Nobody says, 'Oh, I want to move out to the numbers' or 'I want to move to Vancouver.' No, it's just what happens.”

Many of the past Woodlawn residents feel the black community in Northeast Portland lost its identity as people were priced out of the neighborhood.

“It's like walking through a graveyard. It's like seeing tombstones," Lowrey said. "Things that used to be there, houses, people you used to know, community centers, places, restaurants that you grew up around, nothing is there anymore."

Lionel Clegg, the other first grade teacher at Woodlawn, was born and raised in the Woodlawn neighborhood and said he’s felt like an outsider in his own home.

“I really feel the biggest issue is the alienation, sometimes, that I feel in reverse ... people almost looking at me as if I'm a stranger in my own community," Clegg said. "I've been here for 40-plus years, so I don't understand how suddenly I'm the one that's the outsider.”

Porter-Lopez said gentrification impacts nearly everything they do at Woodlawn, and families traveling far distances to attend the school is part of everyday life.

“This is part of our school story. That this is what our families are facing. We are supporting our families in all the ways that we can," she said. "And this is a real factor of our Woodlawn community."

Alicia hopes that traveling so far to get her daughter to school will one day be a part of her past.

“But I just have to keep moving forward and doing everything I can, so that one day someone won't be able to tell me that I have to move out of my neighborhood," she said. "One day maybe I will be able to come back and purchase in this neighborhood.”

Inside Woodlawn Episode 2: Program that recruits teachers of color in danger of ending

KGW is spending the 2019-2020 school year at Woodlawn Elementary School, telling stories of the staff, students, and community through the series “Inside Woodlawn.”