Inside Woodlawn: The struggles and successes of distance learning 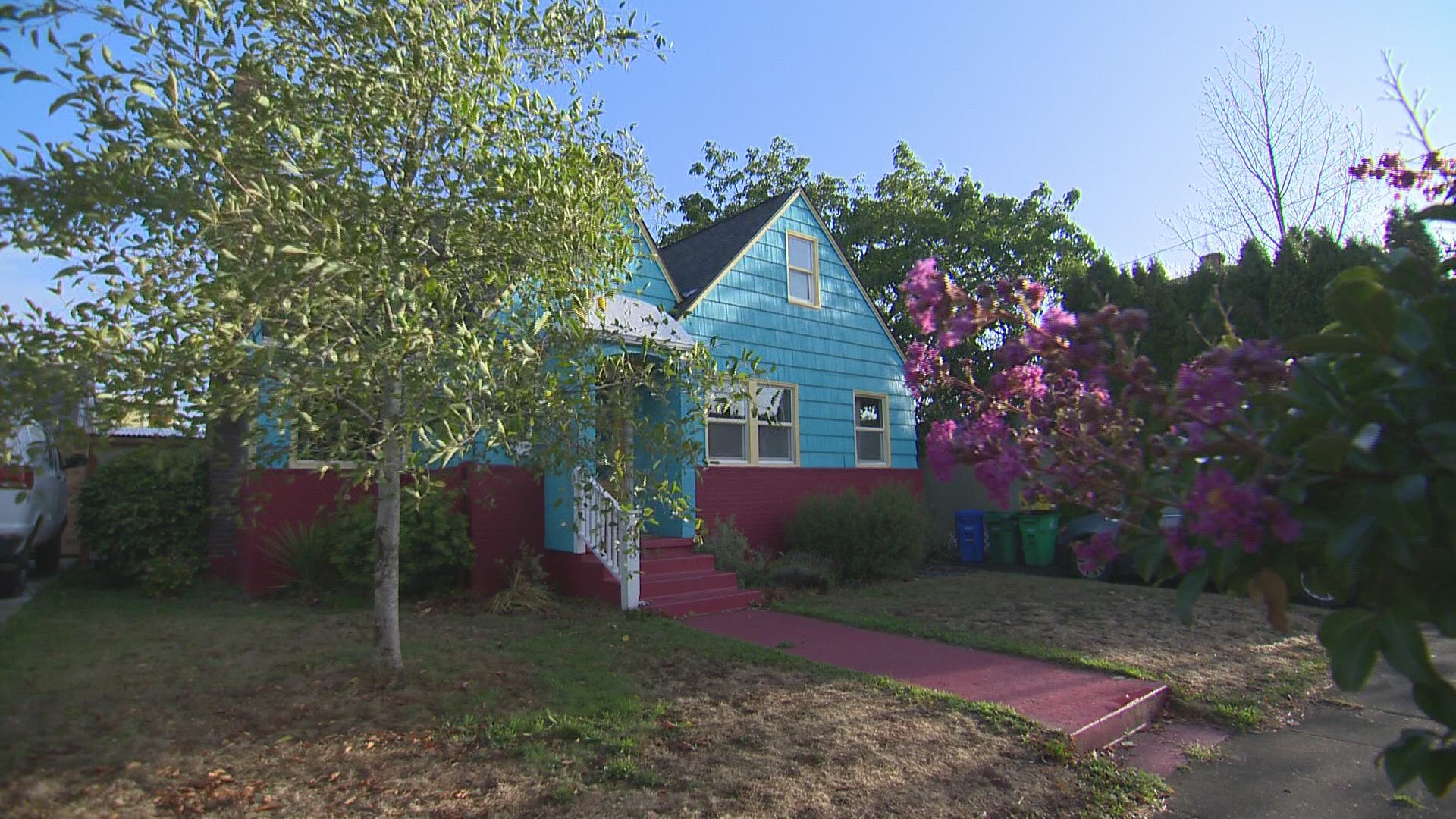 PORTLAND, Ore — During the first two weeks of virtual school in September, Rachel Wiecking and her husband Robert felt like they were going to have a stroke at the end of every class meeting.

Their twin son and daughter attend Woodlawn Elementary School in Northeast Portland, the school where KGW spent the 2019/2020 school year telling stories through our series ‘Inside Woodlawn’.

“It's gotten better. The first week I would classify as a small nightmare,” said Wiecking.

The Wieckings allowed KGW reporter Cristin Severance and photojournalist Kurt Austin to be at their home during a recent Thursday morning to see how remote learning was really going.

After a normal morning of doing hair and getting breakfast, the family brought us to their basement and a room that may sum up 2020 perfectly: “the scream room.”

It’s a place to literally scream, dance, jump and get out some energy before school starts.

“We started trying to give them this like wiggle time right before they have to sit down. Honestly, it hasn't appeared to help much, but it's a good time for us to spend together in low stress because we're usually all kind of high stress. So, this is literally scream time,” said Wiecking.

The siblings are in different first grade classes at Woodlawn. Bea is in Lionel Clegg’s class and John is in Anthony Lowrey’s class.

Wiecking said Bea, who sets up her computer in the family dining room, has struggled to sit still and pay attention.

“So, she's completely checked out. She's talking to me constantly. She's, you know, putting her head down, she's laying down on the floor.  It's like that chair is, you know, boiling hot and she can't stand it,” said Wiecking.

Her son John, who loves math, is a little more engaged. He joins the virtual class from the living room.

“And he says, ‘this is boring and I hate this’, but in spite of himself, he will get engaged when Mr. Lowery starts asking for answers. He will chime in, he kind of can't help himself,” said Wiecking.

Wiecking said if both kids were having the same experience as John, she would describe remote learning as rocky, but fine.

She said watching Bea struggle has been heartbreaking.

Tim Greenidge and his wife, Alicia, also have two children at Woodlawn and are trying to figure out remote learning.

“I would say it’s going, we've been able to honestly make lemonade out of lemons,” said Greenidge.

Taryn is in second grade and Amyla is in fifth grade.

“It’s fun but not fun at the same time. It’s very educational but I’m missing all my friends and I want to see them in person,” said Amyla.

Greenidge said setting up the kids with their own separate workstations has been one key to making this work.

Taryn does remote learning from their office, while Alicia sits in there to help.

“I am working as well. My job has been very, very, forgiving and understanding, which has been a really great, sigh of relief for us,” said Greenidge.

Amyla, much more independent as a fifth grader, is set up in her bedroom.

“I think it’s very easy for older kids to do distance learning because they know what to do,” said Greenidge.

When she gets stuck, she said she goes to her dad, who is also working but has a more flexible schedule.

“They’ve been helping me a lot, especially my Dad,” said Greenidge.

The family has it down, but they wouldn’t call it easy. Greenidge said the most difficult thing about distance learning is practicing patience.

“It's absolutely forced me to increase my patience because if I'm frustrated, I know my daughters are going get frustrated and, they feed off me honestly. So, I've just got to make sure I've got my poker face on, you know, when times are hard, I have to make sure I'm that rock-solid support that they need,” said Greenidge.

Woodlawn principal Andrea Porter-Lopez said distance learning is a struggle for most families and staff members.

“We get it, we're living it ourselves. This every day, get yourself online, be a part of things on a regular schedule is tough to accommodate when life is going on around you,” said Porter-Lopez.

Porter-Lopez said online participation is up compared to the spring when at one point, 50% to 60% of some students weren’t logged on.

Right now, less than 20 kids out of more than 320 students at Woodlawn haven’t engaged at all.

“We’ll keep trying to connect and make sure they get there,” said Porter-Lopez.

Porter-Lopez said for the families with support at home and a solid internet access, there are a few common variables to success.

“They have a schedule, their child's on and participating and completing assignments. When any of those variables kind of fall off or are lacking, it just makes it a whole lot harder,” said Porter-Lopez.

Clegg said participation is up for his class too. He had 20 out of 26 kids in class on a recent Thursday, compared to attendance the spring when some days would be half that number.

Clegg knows getting kids to learn the remote way, is more than just logging on. He plans to work in small groups of directly with parents of kids who are signed on but not participating.

“Maybe it's just that they're too nervous or, you know, reluctant to speak in front of such a large audience. So, I want to give them the opportunity or the way that is going to help them thrive the best,” said Clegg.

Back at the Wieckings, Rachel knows remote learning will most likely continue the rest of the year.

She said while it hasn’t been great, it’s gotten slightly easier and things can only go up from here.

“We're just constantly, you know, trying to change our expectations and trying to figure out what's realistic.”

RELATED: Inside Woodlawn: No Time to Waste

RELATED: Woodlawn teachers share anxiety and fears about heading back to school next year