'I was panicked, I was afraid': How scammers are using Social Security to prey on Americans

The Federal Trade Commission and Oregon's Attorney General provide tips on how to avoid being caught in this type of scam. 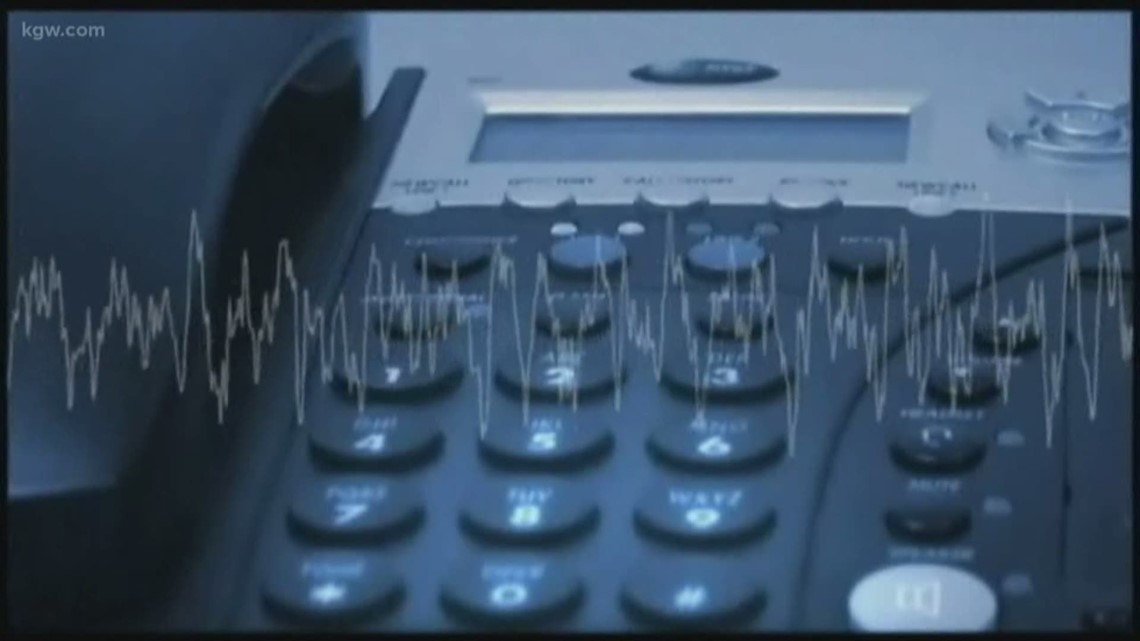 BEAVERTON, Ore. — Have you been hit with a call telling you something's up with your social security number?

You're not alone. Social Security Administration scams are surging across the country.

After our investigation on the rampant scam aired Thursday, KGW was contacted by a victim who is now out thousands of dollars after being preyed upon.

RELATED: Have you been hit with a Social Security scam call? Feds say it's a growing problem

The Federal Trade Commission (FTC) came out with a report earlier this month showing government impostor scams topping the list of reported frauds. From January to May of this year, Social Security scams top that list with nearly 65,000 reports.

There are different versions of that scam going around. Maybe you've been hit with a robocall saying your Social Security number is suspended because of suspicious or criminal activity. The scam prompts you to press a button on your keypad or call a certain number back to remedy the issue.

Or maybe you've experienced the scam involving real, live people on the other end of the line. That’s what happened to Christine, who has asked us not to publish her last name.

A normal Thursday afternoon turned into a hectic frenzy because of a conman.

"He said your Social Security number has been used in a large million dollar money trafficking, laundering scheme,” Christine said.

A man claiming to be with the Social Security Administration told Christine local law enforcement and the FBI were involved. They told her she had a warrant out for her arrest.

Panicked, shocked and scared, Christine said she followed his directions, while also questioning him repeatedly.

She said the impostor had her on the phone for six hours, telling her to keep it quiet from her husband and everyone around her.

“I was panicked, I was afraid. Yeah, I was really afraid," Christine said.

She said was pressured to go to nearby Target stores and other stores to buy gift cards. The FTC says gift cards are scammers' preferred form of payment nowadays.

"[At Target] I sat in the car and scratched off the gift card, the numbers and read them to him,” Christine said.

"We work for everything we have so to have something like this happen is just devastating. We’ll get the $8,000 back, hopefully. But it will come back to us in one way or another. The principle of the matter is this is just the world we live in,” she said.

Christine wants others to know how persuasive these fraudsters are, as they try to steal your identity and, more often than not, your money.

"I want [people] to be aware of any type of telephone call they get. It was very elaborate, well thought-out and professionally done. I’m not easily intimidated, but yesterday I got to know a different side of myself," she said.

So what can you do to protect yourself against these scam calls?

Here is some advice from the FTC:

“It’s all about trust. If you can't trust your government then who can you trust?” Oregon State Attorney General Ellen Rosenblum said. “Engendering that kind of fear is what makes these scams work.”

Attorney General Rosenblum is trying to educate as many people as she can about these six signs of a scam:

1.    Scammers contacting you out of the blue

2.    Scammers claiming there is an “emergency”

3.    Scammers asking for your personal information

4.    Scammers wanting you to wire money (or provide it to them via the pin numbers on gift cards)

6.    Scammers make it sound too good to be true

Because fraudsters are spoofing caller ID, Rosenblum feels we need to modernize that system.

The scammers are usually overseas. NBC News reports most of the calls are originating in telephone boiler rooms in India.

Experts and government officials say telecommunication companies need to work to stop this, alongside state and federal government agencies.

"We are trying to work with them as well. It really takes a village to address this prob because the perpetrators are not local. We can't just go after them, we'd love to just put them in jail. But the general matter is we can’t find them, they’re overseas,” Rosenblum told KGW.

While tech companies are putting millions of dollars into the effort to thwart scams, the problem hasn’t been solved.

If you've been hit with this, report it to the FTC or the Office of the Inspector General.

Federal agencies and lawmakers say they're trying to crack down on unwanted robocalls and texts. Senator Jeff Merkley of Oregon introduced the ROBO Calls and Text Act of 2019. It would create a robocalls division within the Federal Communications Commission to enforce and create regulations to protect Americans.