How much CBD is really in that CBD water, donut or beer?

KGW Investigates had a certified lab test the CBD levels in more than a dozen products including CBD water, donuts and beer. 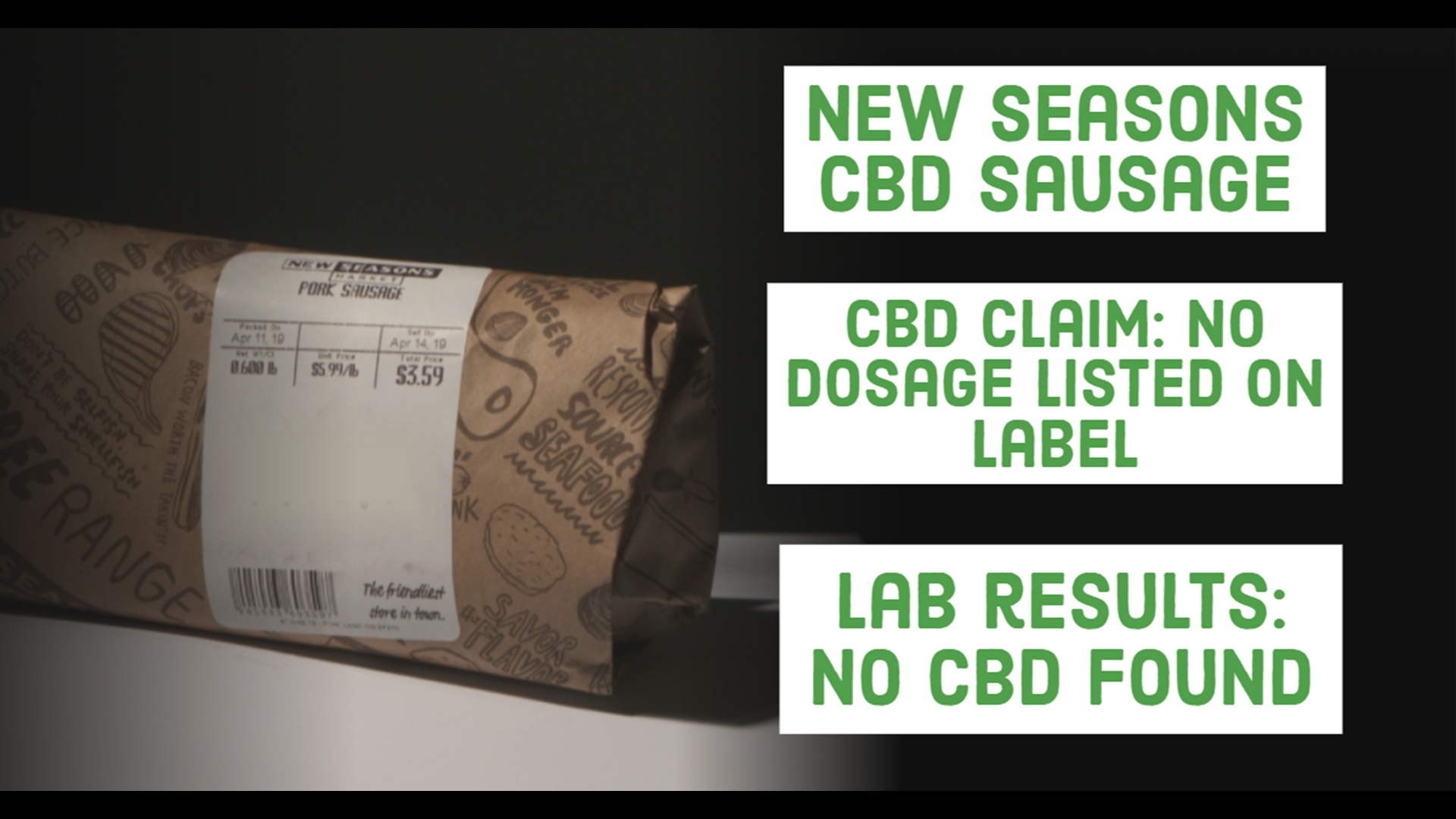 From lotions to lattes, to dog treats and donuts, you can find CBD in just about every form. But how can you know you’re getting the bang for your buck in an unregulated market?

CBD products have gone mainstream in Portland; you can start your morning with a CBD latte, and while you’re at it, grab a CBD-infused donut. Thirsty? Wash it all down with a $7 CBD water, and when happy hour hits, you can grab a CBD-infused IPA at your local pub.

And the CBD craze is hitting the national stage too; Kim Kardashian had a CBD-themed baby shower, Carl’s Jr. put out a CBD-infused burger, and three pharmacies (Rite Aid, Walgreens and CVS) will start selling CBD products in their stores this year.

Because CBD products contain no THC (the main psychoactive component in marijuana that makes you feel high), they’re a lot easier to buy than marijuana.

RELATED: CBD: What is it? Why do people take it? Who regulates it?

However, experts still call the CBD market the “wild west,” because there is no oversight from the Food and Drug Administration.

To verify the validity of label claims, KGW Investigates purchased 15 different CBD products at CBD stores, supermarkets, cafes, a brewery and a donut shop. Unlike OLCC-regulated marijuana retail shops, an ID is not necessary to enter a CBD shop or even buy a CBD product.

We took all those samples to Green Leaf Lab, Portland-based cannabis and hemp testing facility, where they tested the potency of the following products:

According to Eric Wendt, the chief science officer at Green Leaf Lab who examined our results, the lab allows for about 10-15 percent “wiggle room” with results, meaning an item that advertises as containing 100 mg of CBD ideally shouldn’t have less than 85 mg of CBD once tested.

CBD Products: How much CBD is really in these products?

The items we tested that had the most egregious difference between what the label claimed and what was inside the product were:

“It’s misleading, like telling your friend the speed limit is 88 feet per second when in fact it’s 60 mph,” Wendt said. “The units are accurate but it’s confusing to the person receiving the information.”

The lab found no CBD in the $7 CBD water. That could mean the concentration was so low that it’s below detection capability, or there weren’t any cannabinoids in the water in the first place.

The label on the Puur gummies wasn't accurate either.

“I believe the label claim was 240 mg in the package, which didn’t tell us any information about how much a gummy weighs, or how many grams are in a unit for sale. We found less than 20 percent of CBD in the product than what the label claimed,” Wendt said.

Sal Eriks, VP of Puur, told KGW Investigates the company has had reports of unscrupulous sellers on the West Coast using the Puur label on products the company didn't manufacture. He said the company uses three different labs to test their products. The company is working on changing their packaging to cut down on fraud.

Green Leaf Lab was also unable to find any cannabinoids in Coalition Brewing’s CBD-infused beer, but they detected trace amounts on the beer container’s walls.

The beer is advertised as having 5 mg of CBD per 16 ounces.

“While it was there, it was such low quantity, we can’t determine how much was present,” Wendt said.

Elan Walsky, one of the owners of Coalition Brewing Company, told KGW that specific Enno CBD Pale Ale batch was made using a new suspension process. Walsky said when their test results showed the same results KGW received (no CBD in the beer, but trace amount on the can) they pulled that batch from the brewery. They are no longer selling that batch or using that process.

"We're a small company and everything we have is because of that grassroots support. Because this is such a new industry, holding everyone to a high standard of quality including ourselves is important," said Walsky.

We also bought a CBD sausage from New Seasons but the lab found no CBD in that product either.

A New Seasons spokesperson told us via email:

"Just like as alcohol is often cooked out of beer brats – CBD evaporates at 320 degrees. We have not tested the beer as we don’t promote the level of CBD – just that the sausage has been infused with Coalition Brewing’s Two Flowers CBD IPA."

We tested Pet Vet’s peanut butter pet treats and found less than 50 percent present compared to what the label claimed. Wendt noted it’s especially difficult to understand CBD’s effect on pets – you obviously can’t ask them whether the product is working.

“You can’t know its effectiveness, it’s certainly not representative of label,” he said.

We bought a CBD latte at a local wellness restaurant, Prasad, where a barista simply added a couple of droplets from a CBD tincture into our drink.

“We didn’t have specific label claim for latte as a whole, but we found about 10 mg in the whole latte,” Wendt said.

Lastly, we paid $5.75 for a donut at Blue Star that was infused with CBD. Green Leaf Lab found 10 mg of CBD in the donut.

In comparison, the four tinctures and three lotions we tested contained close to what their labels claimed. Wendt says this doesn’t come as a surprise.

On the other hand, the “trendy” products we tested – beer, water, gummies, the sausage – are challenging to infuse with CBD.

“The results weren’t intentionally trying not to have CBD in there, it’s just a challenge to manufacture those goods,” Wendt explained. “I think there’s more risk associated with manufacturing those goods and consuming them. You’re less likely to get what you’re expecting.”

We didn’t test any products from the online marketplace, but Wendt says customers should be especially careful buying CBD products online.

“That’s a place to be wary if you’re a first-time consumer,” Wendt explained. “Luckily in Oregon, we have options to buy tested, accurate products. The online market place is certainly the wild west. Until there are national requirements under place, or consumer protection involved, you’re better off buying locally.”

All products sold at OLCC-licensed retail shops go through rigorous testing and have to be within 10 percent of the label claim. All CBD products that are created in Oregon are required to go through similar testing.

As a bare minimum, both in dispensaries and storefronts, you should look for a CBD product that was made in Oregon.

Additionally, some of those items have gone through lab testing at a place like Green Leaf and will list those results (or the lab's contact info) on their labels.

CBD-specific shops, online retailers or those selling CBD in a non-OLCC licensed environment can sell CBD products that weren't produced in Oregon, and therefore, didn't have to pass rigorous testing.