Here are the 10 most dangerous roads in Oregon

The data is based on crash rate, frequency and severity of the crash over the past three years. 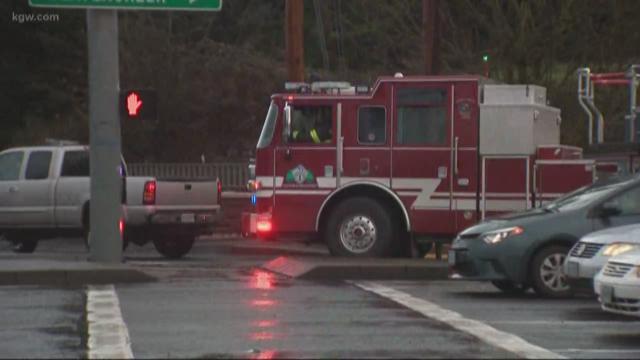 PORTLAND, Ore. -- What’s the most dangerous stretch of road in Oregon? To find out, KGW analyzed crash data from the Oregon Department of Transportation.

The Safety Priority Index System, compiled by ODOT, compares the number of crashes on the entire roadway network in Oregon, including city and county roads and state highways.

The data is based on crash rate, frequency and severity of the crash over the past three years.

Oregon’s most dangerous stretch of roadway had 90 crashes over the past three years. None of the wrecks were fatal, although 37 resulted in injury.

“There’s a lot of traffic out here. A lot of people trying to make the lights,” said Greg Van Zandt, who works on Southwest Canyon Road in Beaverton

Last month, Van Zandt and his co-workers at Jim Bacon’s Tire Pros saw an alleged drunk driver smash into a tree at the intersection.

“You hear a big bang. You come running out,” said Van Zandt.

ODOT estimates nearly 19,500 vehicles drive along this stretch of Southwest Canyon Road every day. Cars are coming on and off busy Highway 217, intersecting with drivers moving through a busy commercial stretch of Canyon Road.

“It started out as little farm to market roads in both directions right there and it is now a major intersection in a major part of Washington County,” said Don Hamilton, spokesman for ODOT.

ODOT has no immediate plans for renovation or repair at the intersection.

“That area is always a challenge to us as we try and figure out ways to help it evolve and grow,” said Hamilton.

Hwy 26 at the Vista Ridge Tunnel.

Hwy 26 at the Vista Ridge Tunnel.

This busy stretch of roadway presents several challenges. US-26 has a steep grade, sweeping turns and plenty of congestion as Westside commuters converge into downtown Portland.

Over the past three years, ODOT records indicate there have been 187 crashes along this stretch of the Sunset Highway. Of those, 98 wrecks were property damage only, although fender benders can be especially troublesome along this busy stretch of roadway.

“A crash clogging a lane during maximum volume is going to create a pretty substantial backup. We see that all the time,” said McGinness.

Cars and trucks zoom through the intersection of Highway 213 at Beavercreek Road in Clackamas County. The speed limit along the highway is 55 mph.

“I see people try and rush to get places,” said driver Nick Ellingson.

KGW witnessed two drivers, including a truck and a school bus, run a red light at the busy intersection in Oregon City.

Over the past three years, emergency crews responded to 87 crashes at this busy intersection. Nearly half of them involved injury.

“There’s always something- someone wrecked or pulled over,” said driver Wes Koon.

Busy Southeast 82nd Avenue near Powell Boulevard has two lanes in each direction. This commercial stretch in Portland had 92 crashes among cars traveling north or south on 82nd in the past three years.

There were 86 crashes involving cars traveling east or west on Southeast Powell at 82nd Avenue over the past three years. Of those, exactly half were property damage only wrecks.

ODOT estimates nearly 18,866 vehicles drive along this stretch every day. The intersection has stop lights and designated turn lanes in all directions.

There was one fatal crash over the past three years along this busy stretch of Northeast 82nd Avenue in Northeast Portland.

There is a lot going on at this four-way intersection including crosswalks, a bicycle lane, stop lights and commercial businesses. There were 67 crashes along this stretch of US-26 over the past three years.

An estimated 38,377 cars and trucks drive this stretch of TV Highway in Aloha every day. There were 100 crashes over the past three years, including one fatal and 54 injury accidents.