Several customers said they paid Wanderlust Refinishing, never got their items and were blocked on social media from communicating with the owners. 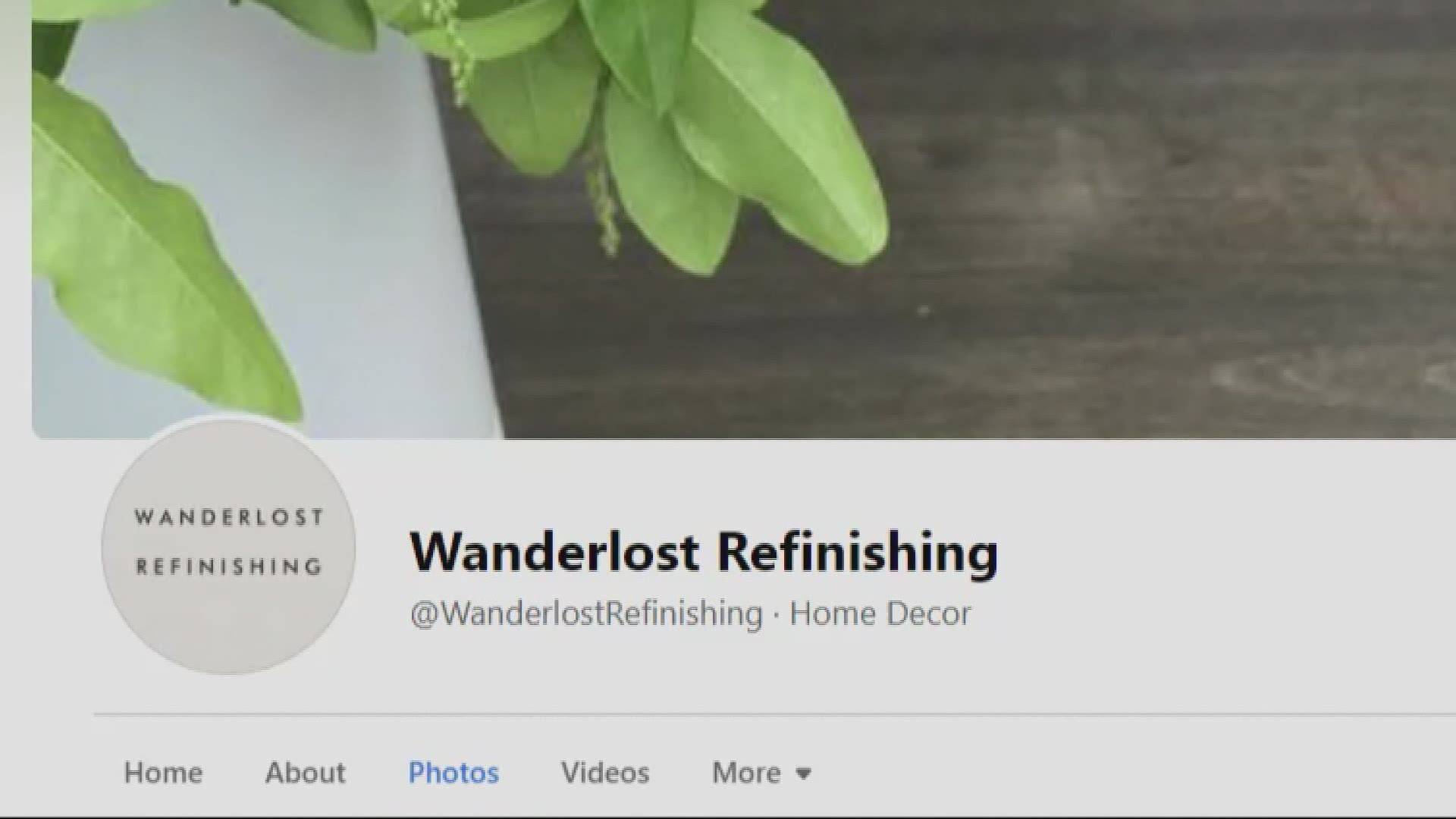 PORTLAND, Ore. — A group of customers said they paid a local furniture company, never got their items and were blocked on social media from communicating with the owners.

Wanderlost Refinishing, also known as J-B Refinishing, is based in Milwaukie, Oregon, according to the Better Business Bureau (BBB).

Owners Jon and Brittany Johnson refinish tables, chairs and other furniture for a few hundred dollars per piece.

Several customers reached out to KGW and said they’ve been waiting more than a year for their items.

Laura Halsel and Chelsea Horvath ordered several pieces of furniture last August and were supposed to get their furniture eight weeks later. They were quoted $2,200 and paid half using the Venmo mobile payment app.

“They would avoid every question and then we wouldn't hear from them for months,” said Halsel.

Customers said the couple would block them on social media after they asked about the progress of their furniture or status of their refund.

“I think that our biggest frustration is the lack of communication and then them as a business blocking the customers' only way of communicating,” said Allie Lambert.

The company has an "F" rating on the BBB website and five unanswered complaints alleging the customers paid and never received their products.

“It would be promised by Thanksgiving or promised by Christmas and then for some of them, they actually agreed on a refund. And again, wasn't able to get that refund as well. So, it sounds like there's been a lack of communication,” said Roseann Freitas with the Better Business Bureau.

Many of the customers who filed complaints or who contacted KGW said they paid using Venmo.

While Venmo is a popular app for sending or receiving money, the app specifically states it’s meant to be used between people who know each other, not for paying a business.

Venmo doesn’t have the same level of consumer protection as other apps like PayPal although you aren’t always guaranteed a refund on that app either.

Freitas said using your credit card is the best way to protect yourself and your money.

The Johnsons did not return KGW’s request for a comment but they did post a lengthy message before disabling their company page that said they were forced to close, and that they were taking multiple custom orders which they had gotten behind on because people no longer wanted their orders.

They also said they received multiple harassing comments from a small number of customers.

“No one has asked for them to do anything above and beyond other than make it right,” said another customer, Patrick Clark.

The couple has issued some refunds over the month of June and posted on Facebook that every person owed a refund will get one.