A federal audit questioned how Oregon is monitoring equipment purchased through Department of Homeland Security grants. 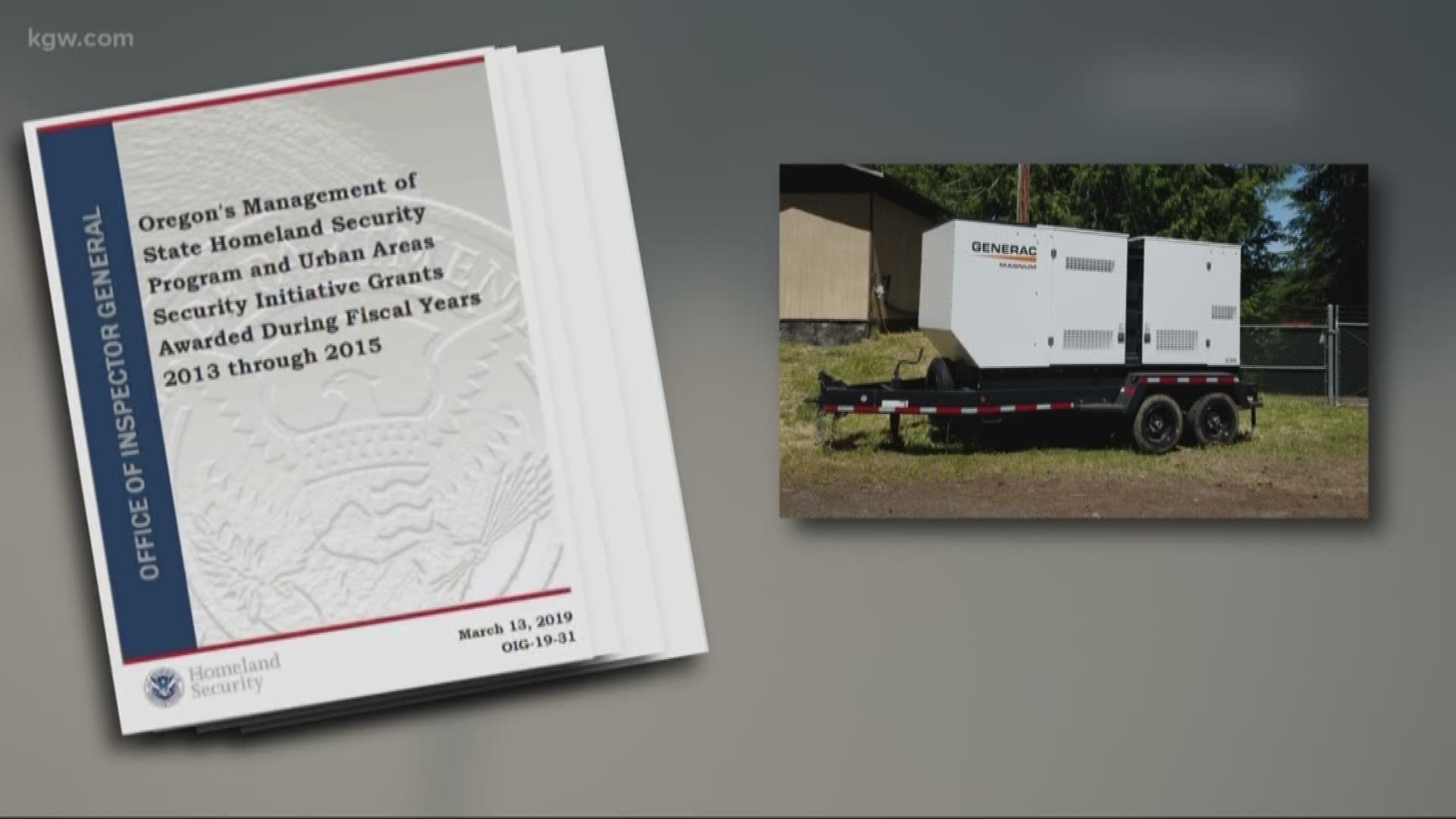 Auditors found a $130,000 emergency generator in Clatskanie, purchased to be used in the event of a terrorist attack or disaster, was inoperable. The portable generator didn’t have the necessary electrical components to work.

“$130,000 could have been put to better use,” said the federal audit released by the Office of Inspector General for Homeland Security.

Records obtained by KGW indicate the city of Clatskanie submitted a request for federal funding for an emergency generator in 2015. The grant application showed the portable power source was intended to benefit the region by providing support for “infrastructure facilities in the event of a power grid failure.”

The Portland Bureau of Emergency Management purchased the generator for Clatskanie on January 25, 2017. It didn’t work for roughly 14 months, according to federal auditors.

Records show Clatskanie submitted an additional request for $22,913 from the Portland Bureau of Emergency Management for components and cables needed to make the generator operational.

“Without the work done, were we to hook the generator directly into the plant electrical system, would fry everything,” Hinkelman said in an email to KGW. Repairs have since been made making the generator operational.

The audit also raised concerns about how equipment purchased with federal grant money was being recorded and monitored by the Oregon Office of Emergency Management. Auditors found only half of the jurisdictions they visited had conducted a physical inventory of equipment purchased using counter-terrorism grants.

Federal auditors questioned $340,990 in purchases for equipment, including radios, wireless, x-ray and a remote robot system. It is not clear if those items sent to local police and fire departments are lost, missing or not tagged with an ID number that could be traced back to the funding source.

“We don’t see these audits as gotcha moments or indictments of failures of a program. We look at them as areas we can improve,” explained Andrew Phelps, director of Oregon Emergency Management. “Sometimes they provide a real roadmap of how we can improve.”

Phelps said his agency has 90 days to respond to the audit and its recommendations.