In July, the regional government Metro hopes to triple the number of clean-up crews from two to six. 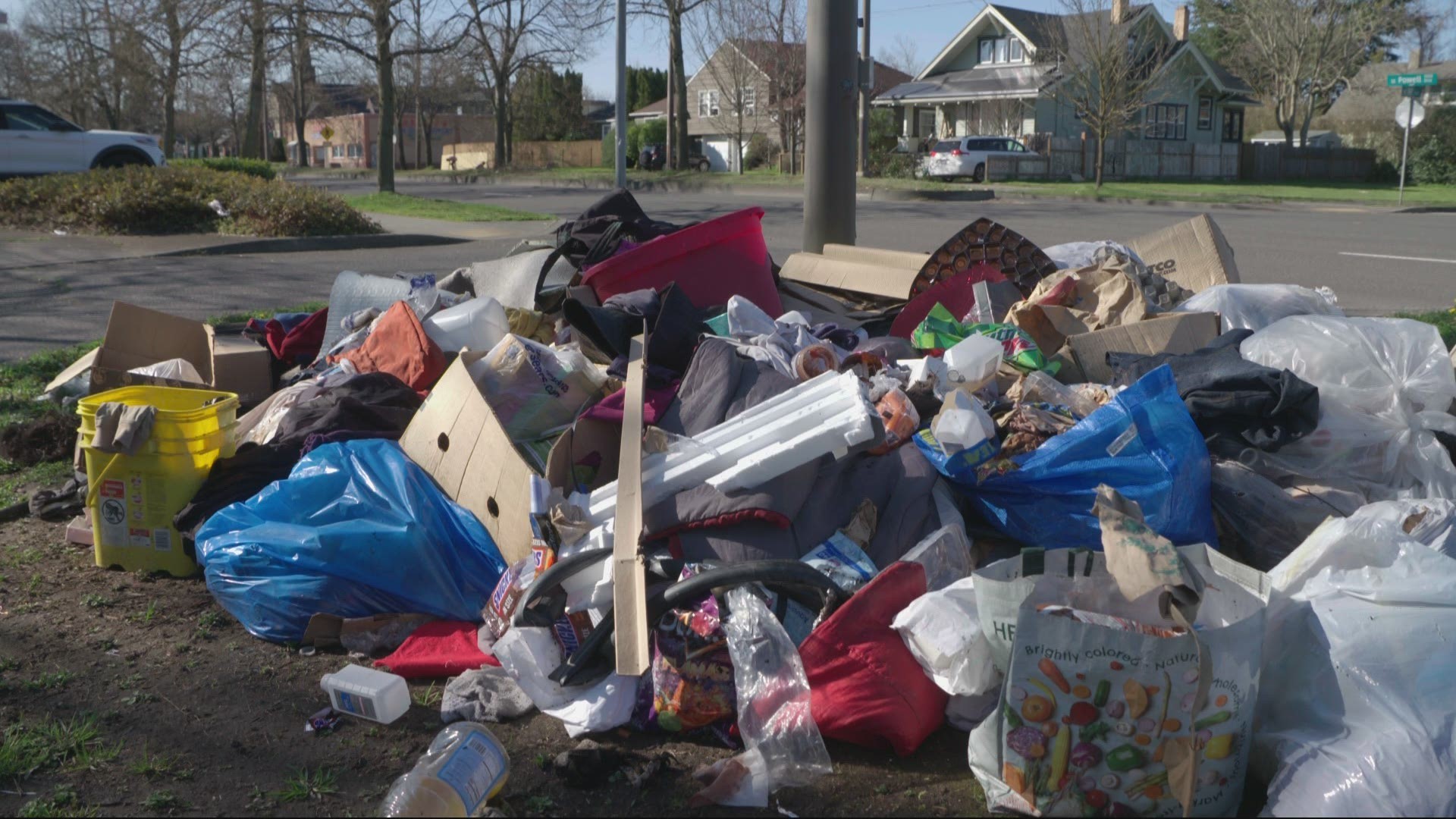 Hummell said he and neighboring businesses have complained repeatedly about the illegal dumping.

“It’s not healthy. It is not safe. It’s not right,” said Erica Bean, who works at On Q Dentistry.

Over the past year, the regional government Metro has received more than 7,000 complaints about illegal dumpsites in the tri-county area. Most of the complaints are in Portland.

Prior to the pandemic, Metro’s RID Patrol would respond to an illegal dumpsite in just a few days. Currently, it takes more than a month.

Data shared by Metro showed since October, the number of sites cleaned by RID Patrol has dropped significantly.

“We just have so much need right now, and we haven’t been able to stay up on it,” explained Stephanie Rawson, solid waste cleanup and enforcement manager at Metro.

Metro cut its workforce in half when it stopped using inmates to clean up dumpsites last year. Program managers say the decision was prompted by concerns over racial equity and fair pay.

“We’re staffing up now to deal with the crisis we have on hand,” said Peterson.

In July, Metro hopes to triple the number of clean-up crews from two to six.

“It’s hard to get ahead of it at this point with just the two crews and the entirety of the region,” said Peterson.

Metro is not alone in the trash clean-up effort.

Nearly a dozen different government agencies and community groups are involved in cleaning up the trash. Recently, Portland Mayor Ted Wheeler announced plans for a Clean and Green initiative that would step up clean-up efforts citywide.

“You can’t solve it all at once,” admits Dr. Hummell.