Do you wonder why and how you're getting so many robocalls, where they're coming from and why they're so hard to stop? We talked to some experts to answer those questions for you. 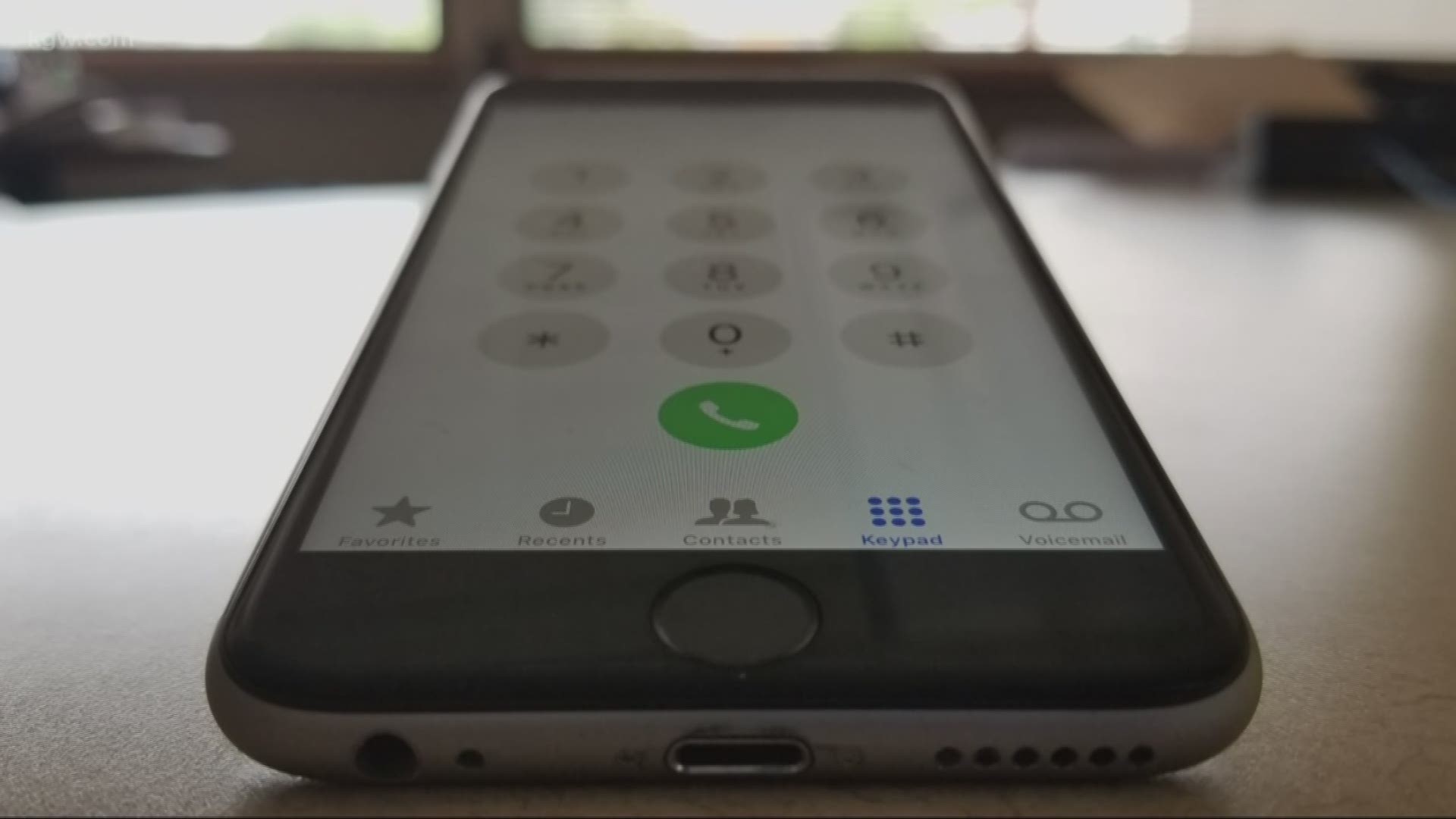 PORTLAND, Ore. — Ever wonder how those annoying scam robocalls work? We asked consumer advocates, federal regulators and a tech security analyst for answers.

Why am I getting so many robocalls?

It’s not just you. The problem with unwanted robocalls has exploded. Last year, a record 48 billion robocalls were made to phones in the U.S., according to YouMail.com.

How do scammers make so many phone calls?

Robocallers can autodial tens of thousands of phone numbers in just a few seconds by using internet-powered phone systems.

Infographic: How does a robocall work?

How do scammers get my phone number?

I’ve got the scammer’s phone number on my caller ID, right?

Wrong. Scammers can easily fake caller ID numbers. The bad guys will disguise their identity, so you are more likely to answer. In some cases, the scammers will even match the first six digits of your own number, which is called “neighbor spoofing.”

How can I report unwanted calls?

The Federal Trade Commission takes the numbers that people report and publishes a daily list of blacklisted numbers. This helps apps and call-blocking services update their list of numbers to block.

Is there anything I can do to block robocalls?

Call blocking services that block or flag suspicious calls can help, although they’re not perfect. There are mobile apps, features built into your phone, call-blocking devices and services provided by your phone carrier to help reduce scam calls. Some are free; others cost money.

Why doesn’t the Do Not Call Registry stop scammers?

VERIFY: Why do numbers on the Do Not Call registry still get robocalls?

Where are spam or scam robocalls coming from?

No. Here’s the tricky part: Some robocalls are perfectly legal. For example, messages to let you know about a dentist appointment, alert you that a flight has been canceled or a message about a delayed school opening are permitted. Additionally, political calls and calls from certain health providers are legally allowed to make robocalls to your home landline.

What should I do if I get a scam robocall?

Hang up. Don’t “press 1 to speak to a live operator” or “press 2 to opt-out”. If you respond by pressing a number, or even by speaking with the scammer, you’ll probably end up getting more robocalls.

Are telecoms doing anything to stop scam robocalls?

Yes. Telecom companies have promised to introduce new technology later this year that would help identify calls as potentially fraudulent.

“In other words, a digital fingerprint is applied to a telephone call and it can confirm that the number from which the call was placed is the number that’s showing up on your caller ID,” said Margot Gilman of Consumer Reports.

What about the Federal Trade Commission and lawmakers?

In January, the Telephone Robocall Abuse Criminal Enforcement and Deterrence Act (TRACED) was introduced in Congress. The bipartisan bill would beef up fines for illegal robocalls. Additionally, the FTC has targeted scammers making unwanted calls.

“We have brought dozens of cases targeting illegal robocalls, and fighting unwanted calls remains one of our highest priorities,” said Andrew Smith, Director of the FTC’s Bureau of Consumer Protection.