Here's how to do your homework before Giving Tuesday

With 1.6 million charities in the U.S., deciding which organization to donate to can be overwhelming. There are some easy ways to do your homework before you give. 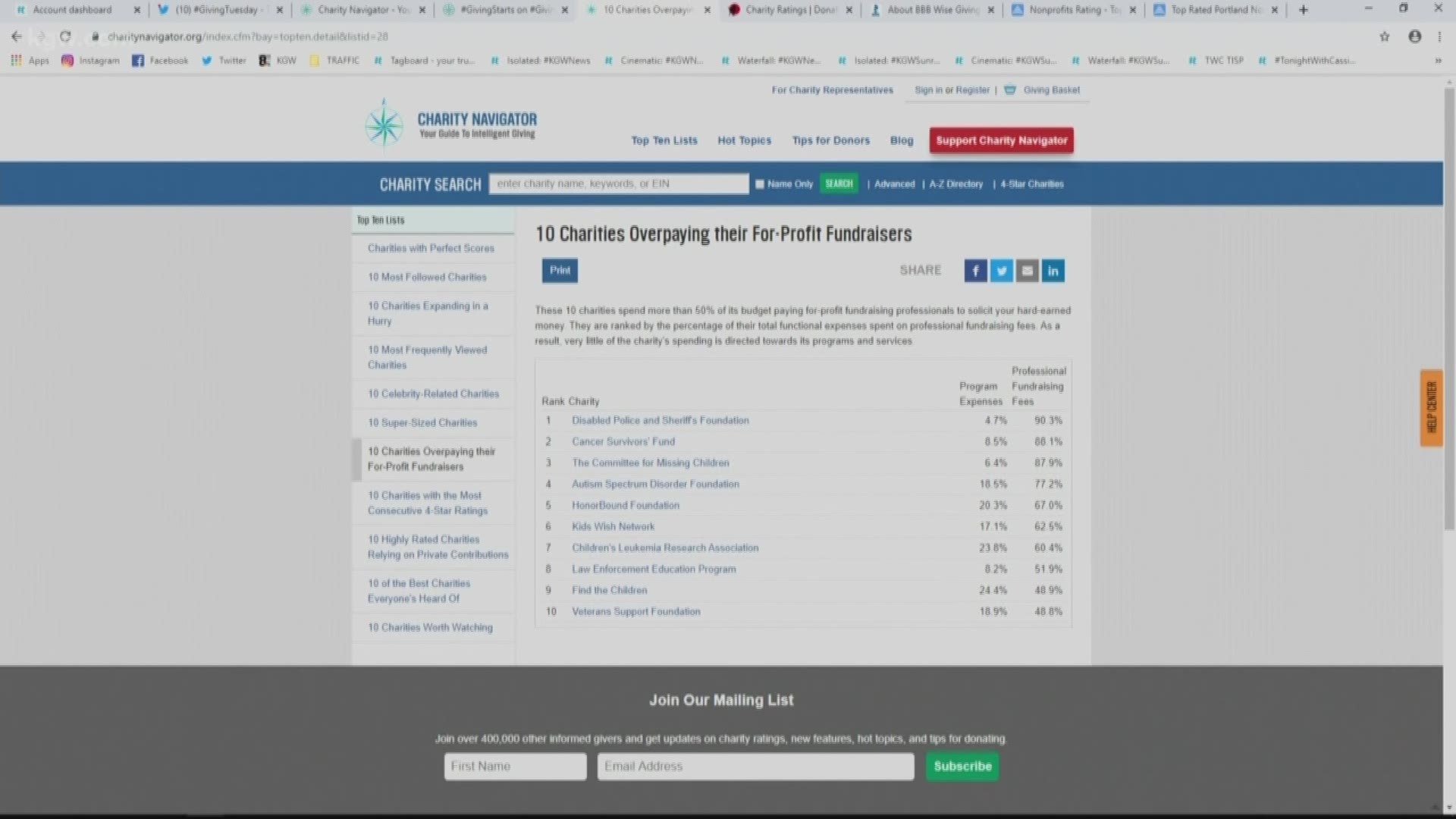 PORTLAND, Ore. — Consumers are expected to spend more than $9 billion on Cyber Monday and charities are hoping that spending spirit extends into Giving Tuesday.

Giving Tuesday was created in 2012 to encourage people to do good by donating their time or money.

More than $400 million was raised last year, according to the website Giving Tuesday, and more than $500 million is expected to be given to charities this year.

But with 1.6 million charities in the U.S., deciding which organization to donate to can be overwhelming.

Charity Navigator, Charity Watch or the BBB Wise Giving Alliance are nonprofit watchdog websites worth your time when it comes to researching charities.

Impact Matters, another website worth bookmarking, breaks down exactly where your money goes once it’s donated.

For questions or concerns about a charity, visit the Oregon Department of Justice.

MORE: Inside Woodlawn Extra: Being thankful in Mrs. Freeman’s class