A Portland nonprofit is quietly operating several shelters for migrant children in federal custody after they were caught crossing the border. 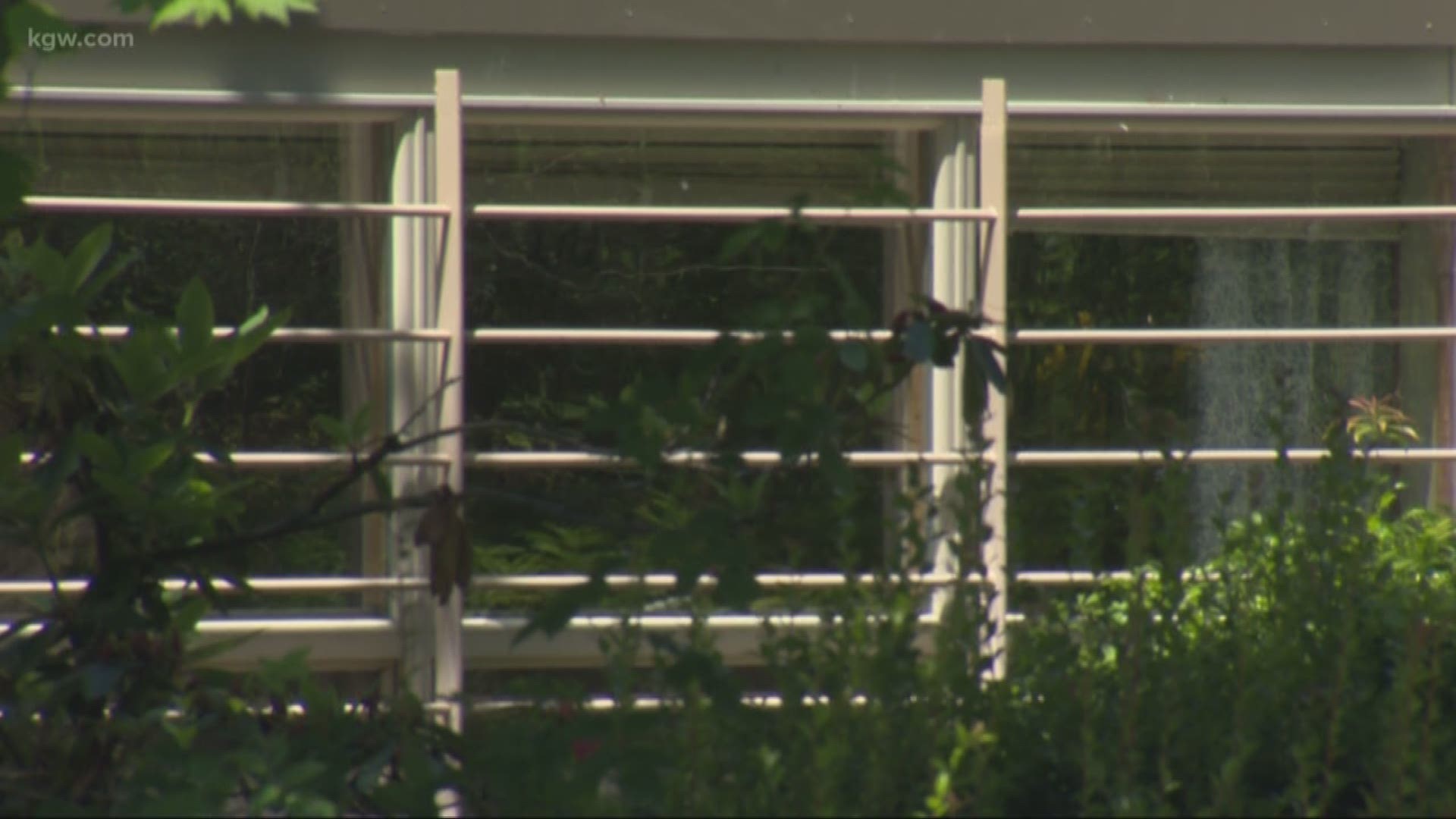 Portland, Ore.— A Portland nonprofit is quietly operating several shelters for migrant children in federal custody after they were caught crossing the border.

The U.S. government pays Morrison Child & Family Services millions of dollars to operate a shelter in Southeast Portland, another shelter in downtown Portland, along with a group home for unaccompanied children.

A spokeswoman for the Portland-based nonprofit wouldn’t say if or how many migrant children are currently being held in the shelters, but three sources with direct knowledge of the shelters confirmed details to KGW.

In Oregon, the detained children include at least four kids separated from their families at the border, according to immigration attorney Lisa LeSage from Immigration Counseling Service.

LeSage could not confirm whether those children were among the kids held in Portland. Other children in Portland shelters include minors who were apprehended crossing the border illegally without an adult.

The largest shelter operated by Morrison is based in the old YWCA building on Southwest 10th Avenue in downtown Portland. The nondescript brick building has no obvious signs of a shelter, although dozens of kids are held inside, according to one source.

A second detention center operates out of the old Rosemont School, near Mt. Scott in Southeast Portland. This shelter is for children who present a danger to themselves or others.

A former worker, who asked not to be identified, estimated there were roughly 20 migrant children – mostly teenagers from Central America -- being held in the Rosemont shelter.

“They’re treated well,” said the ex-worker, who explained that the converted school has a recreation room, cafeteria and phone room for the children to speak with an attorney or relative.

Metal bars on several exterior windows of the shelter serve as a reminder that the migrant children are in federal custody. They can’t leave. A high chain-link fence surrounds an outdoor soccer field. Delivery trucks must enter through a secure metal gate.

Public records indicate Morrison Child & Family Services has received $53.7 million in federal funds since 2009 under the Unaccompanied Alien Children’s Program. The federal program is designed to take care of children apprehended by federal law enforcement agencies until they can resolve legal issues, be reunited with family or they’re forced to leave the country.

The number of unaccompanied minors caught crossing the border illegally jumped 21 percent from April to May after the Trump administration ramped up its zero-tolerance policy.

Under the policy, all adults caught crossing the border illegally are arrested, regardless of whether they have children with them, causing the separation of families.

President Donald Trump on Wednesday signed an executive order that he said would stop children from being separated from their families, but that his administration would also continue the zero-tolerance policy.

Children caught crossing by themselves and children separated from their families are both sent to the Department of Health and Human Services (HHS) for care in temporary detention centers, placement with foster care or returned to their families. In some cases children can be sent to facilities far from the border, such as the kids sent to the Morrison facilities in Portland.

It is not clear where the kids being held in Portland shelters are originally from, how they got here or the circumstances of their arrest. It's unknown whether they were separated from their parents or crossed the border on their own.

HHS has said they coordinate a network of over 100 shelters in approximately 17 states for unaccompanied minors.

The exact locations of these shelters are typically not made public by HHS.

Two weeks ago, U.S. Sen. Jeff Merkley of Oregon brought these secretive shelters into the national spotlight after posting a video on Facebook. Sen. Merkley was turned away from the Casa Padre shelter in Brownsville, Texas. The converted Walmart store houses 1,400 migrant boys in federal custody.

Merkley returned to the shelter on Sunday along with other members of Congress to examine conditions.

Many of the shelters housing these children are at or near capacity due to the increase in unaccompanied minors taken into custody, explained an HHS spokesman.

HHS is hoping to add thousands of new bed spaces in the coming weeks. As a last resort, the agency is also exploring the possibility of housing children on military bases, according to the Washington Post.

Morrison declined to answer several written questions about its shelters and referred all inquiries to the federal government. HHS did not respond.

“Morrison is proud of the many programs that we operate to serve the children in our community,” wrote Patricia DiNucci of Morrison Child & Family Services in an email to KGW.

The organization declined a request for a tour of its shelters to see what’s going on inside. Morrison also didn’t allow KGW to see or speak with the children being held in the shelter.

Morrison Child and Family Services has been providing prevention, mental health, and substance abuse treatment for children, youth, and their families for over 71 years. Nine years ago, long before the Trump administration and the current tragedy on the southern US border, we entered into a contract with the federal government to provide support for undocumented immigrant youth coming into the U.S. the vast majority of whom came without a parent or guardian. Our role under this contract was and remains to find homes and provide other needed services for these youth who range from 13-17 years of age until more permanent solutions can be found. These young people, who comprise less than 5% of the total population we serve, are housed in one of two locations in Portland and upon request are free to leave our facilities anytime they choose. We provide housing, food, education, medical and other individualized services until we can either place them in an appropriate environment in the U.S. or they request to leave back to their home country. The locations of our facilities are kept confidential for the safety of the children and as required by federal law.

We too have been shocked, horrified, and heartbroken by the change in policy and practice at our Southern border and it’s terrible impact on immigrant families. Our mission is and remains to serve children throughout the Portland metro region and the state who need support and services regardless of where they come from. Our staff are dedicated to providing these services day in and day out, and we thank you for your support.

ICE doesn't yet know what happens to families after executive order

What we know about the Oregon jail that holds ICE detainees