Dozens of cases have been reported across the U.S. involving stolen credit cards used to purchase thousands of dollars in gift cards. 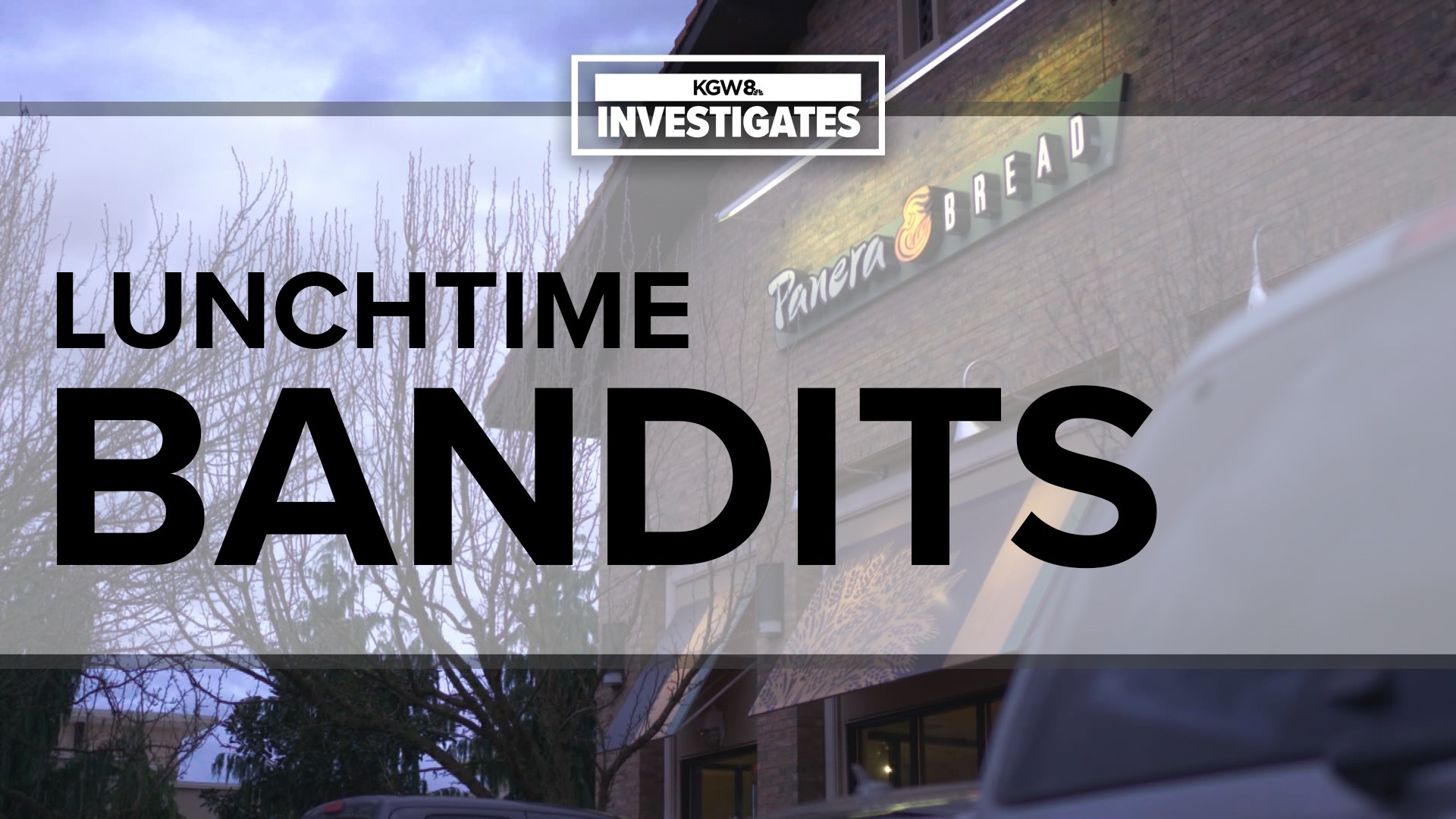 “I don’t know why, but Panera has been hit throughout the United States since about 2012,” explained Beaverton Police detective Jason Buelt.

The organized crime rings typically work in teams of two or three people. The crooks nab wallets and purses from unsuspecting Panera customers during the busy lunch hour, then use the stolen credit cards to rack up huge bills on gift cards, which are difficult to trace.

“They’re hard to catch because they hit and then move to the next area,” explained Buelt.

Interviews with nearly a dozen detectives, crime analysts and law enforcement sources suggest many of the suspects are believed to be members of a South American theft ring, largely based in Chile. They often use rental cars, short-term rental properties and wear disguises to avoid detection, before fleeing the country.

“Many of the women have been seen wearing big floppy hats and wigs. Some of the men wear hats, sunglasses and very nice jackets concealing their bodies,” explained Gayla Christopher, crime analyst with Tigard Police Department.

Other criminals have started to replicate the scheme, say investigators. Similar thefts have been reported at Whole Foods and Trader Joe’s, which also have a relatively affluent customer base.

“It’s morphed,” said Christopher. “Over time, these crews recognized that police have picked up on Panera.”

HOW THE CRIME RINGS STRIKE

On January 28, Lori Lindley was having lunch with a friend at Panera Bread in Tualatin when her wallet was stolen. Lindley doesn’t know how the crooks dug her wallet out of her purse, which was wedged between her foot and the wall with the purse strap hung over her knee.

Lindley didn’t realize her wallet was stolen until returning to work. By that time, it was too late.

“They worked very quickly. They were very smooth,” said Lindley.

On the same day, Deborah Reisman had her credit cards stolen from a different Panera restaurant.

Reisman was having lunch at Panera Bread in Beaverton when someone nabbed her wallet from her purse. The crook removed the credit cards then put the wallet back.

“I didn’t feel anything. I didn’t see any movement,” explained Reisman. “It was like magic.”

Reisman had her purse secured on the floor between the wall and her foot.

“I thought I had my eyes on it the entire time,” said Reisman.

The pickpockets used a stolen credit card to purchase electronics at a nearby Best Buy store, explained Reisman. Beaverton police said store security footage showed a woman trying to use one of Riesman’s credit cards at a Rite Aid pharmacy. The transaction was denied after a credit card fraud alert.

Investigators say pickpockets targeting Panera customers often use the same tactics. They steal wallets and credit cards when customers are seated and distracted. In one case, a thief bumped into a woman when her wallet was taken.

The crime rings then go to nearby stores to buy gift cards including Target, Best Buy, Apple, Walmart, Sam’s Club and Home Depot.

Often, the victim doesn’t realize their credit cards were stolen until after the fraudulent transactions occur and the criminals have left the area.

Gift cards are a popular way from criminals to launder money. They are difficult to trace and can be resold on card marketplaces for cash.

Investigators theorize Panera restaurants are an attractive target for pickpockets because of their location, layout and customer base.

“They are located within shopping areas, so there’s quick access to use those credit cards to make purchases,” explained Aaron Snell of Everett Police Department.

There are 2,186 Panera Bread restaurants across the U.S. and Canada. Many of them are located near busy strip malls or large retailers.

In early 2018, Everett police identified several cases involving a large, organized theft ring that stole wallets from Panera customers. Those credit cards were used to buy merchandise or gift cards from nearby stores.

Panera Bread restaurants have an open seating layout, allowing customers to move freely and choose where they sit. Often, criminals will identify a victim and sit at the table directly behind them. Many crime rings use a look-out to avoid detection.

Surveillance video provided by the Harford County Sheriff’s office in Maryland illustrated how a pair of suspects moved seats and a table inside a Panera restaurant to get closer to a victim. The August 2018 video shows a suspect reach in a purse behind her and remove a wallet.

Panera is a popular dining spot, especially during lunch. Crowded restaurants make it easier for criminals to blend in.

Panera tends to attract a relatively affluent customer base, according to industry analysts. The restaurant chain has a loyal customer base that skews toward women and Baby Boomers.

Panera Bread media relations did not respond to three separate requests for comment.

Suspects are difficult to identify because they don’t have a local record, photo identification or state driver’s license.

Last month, Tualatin police detective Molly Pfaff helped identify a theft ring resulting in four arrests in California. Two of the suspects, released from jail on misdemeanor charges, are believed to have left the country and returned to Chile, according to the detective.

In 2016, police arrested four men in Wisconsin for allegedly stealing wallets at numerous Panera Bread restaurants from Los Angeles to Chicago. All four suspects were believed by police to be part of a Chilean theft ring.

In 2017, police in New York arrested a man from Chile. Investigators said he was a member of a theft ring dubbed the “Panera Bread Gang."

International crime rings are not uncommon, but authorities couldn’t point to one specific reason why the Chilean rings have been so focused on stealing wallets.

Pick-pocketing cases are not limited to sophisticated crime rings. Investigators say local criminals have started duplicating many of the same tactics.

In August 2019, a theft ring nabbed a wallet from a shopper at Whole Foods at Bridgeport Village in Tualatin, according to detective Pfaff. The stolen credit cards were then used across the street at an Apple store.

The pickpockets often try and distract shoppers, so they can steal wallets from purses placed in shopping carts.

HOW TO PROTECT YOURSELF

Here are some tips to avoid pickpockets at restaurants: