Prosecutors claim several lawyers were involved in hiding a witness and preventing testimony in a 2015 sex abuse case. 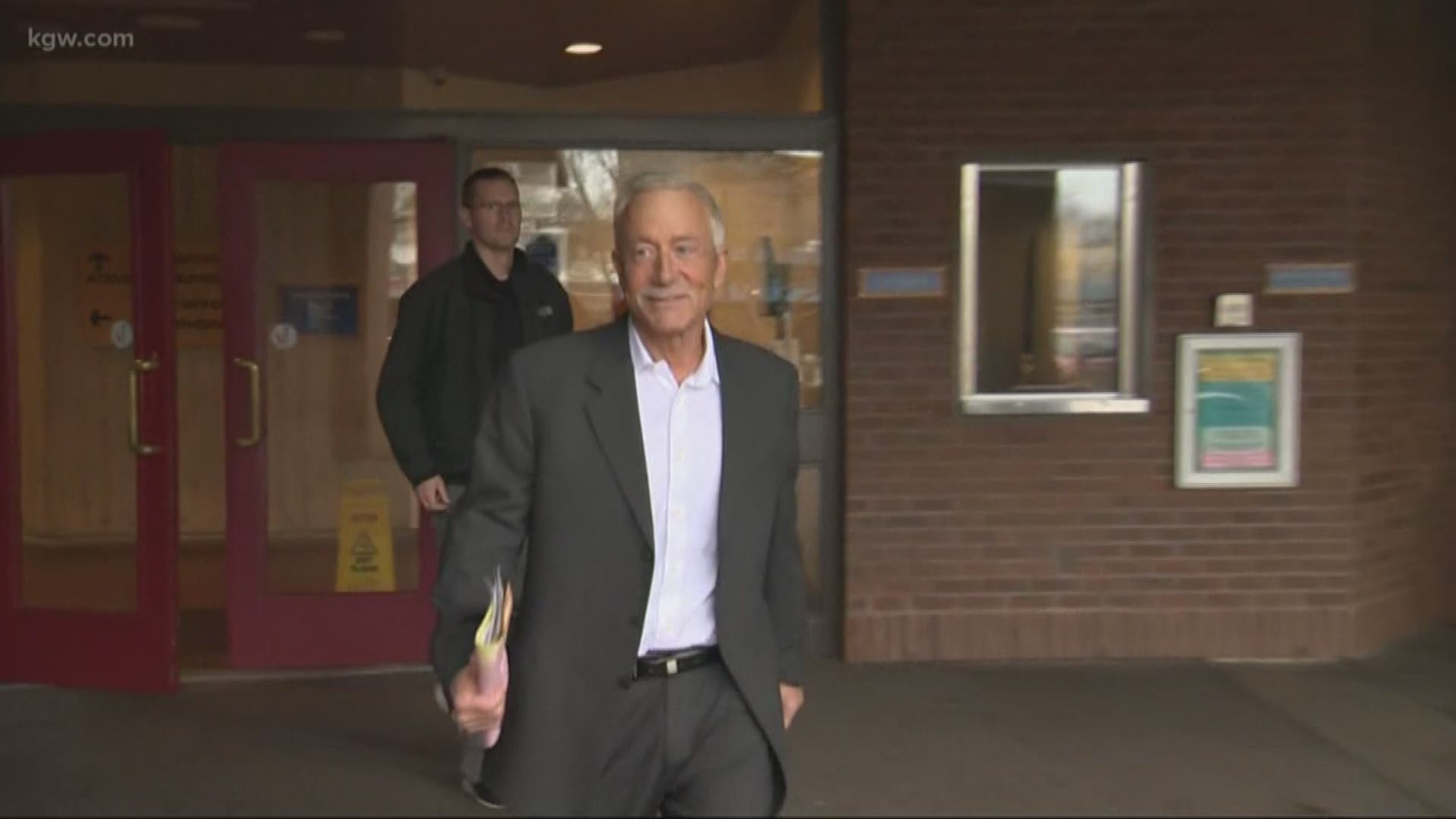 Editor's note: Video is from January 2019

Bean is accused of sodomizing and sexually abusing a 15-year old boy in Eugene after a University of Oregon football game. He has pleaded not guilty. Bean was originally charged in the case five years ago, but charges were dismissed when the alleged victim, identified as M.S.G. in court papers, declined to take the witness stand.

In documents filed with the court Friday, Hasselman claims M.S.G. and his mother were instructed to use a “burner phone”, disable the LoJack tracking device on their rental car and stay in a remote cabin in Central Oregon to avoid testifying in the 2015 case. Bean has admitted agreeing to pay $220,000 to his alleged victim.

M.S.G. has been trying to recover the $220,000 settlement his former attorney, Lori Deveny, allegedly stole from him. Deveny is now facing state and federal charges for allegedly embezzling money from her clients.

In the new court filings, the prosecutor and Bean’s defense lawyer, Derek Ashton, spar over the admissibility during trial of Bean’s $220,000 payment. Bean's case is scheduled for trial in November.

Ashton argued the prosecutor has been overzealous in his claims of wrongdoing by Bean’s legal team. Additionally, Ashton argued Bean’s $220,000 payment was made to avoid a civil lawsuit, which is not illegal.

The prosecutor believes Bean’s victim was paid off to avoid testifying at the 2015 trial and several lawyers, including Ashton and Deveny, worked to make that happen.

“Ms. Deveny said Mr. Ashton and she entered into an agreement within days of the July 16, 2015, hearing and Mr. Ashton provided her with a sum of money, approximately $5,000, for her client, MSG, to disappear,” wrote Meyers. “Ms. Deveny said she instructed her client, MSG to leave his residence in California, use a ‘burner phone’ and to use cash as he made his way to Oregon, to avoid police detection.”

The police affidavit also includes dozens of emails and text messages between Ashton and Deveny.

“Let’s finish these guys,” Ashton texted Deveny on Aug. 26, 2015, just days before the criminal case was dismissed, according to the affidavit.

The detective also wrote how former legal assistant Heather Coffey and former attorney Deanna Wray, both of Bodyfelt Mount, confessed they were “complicit in hiding a witness in ‘the Bean case.'” The detective said they both discussed the plan in Wray’s office in July 2015.

Detective Meyers explained how Coffey accepted a check from Deveny and hid M.S.G. and his mother in Coffey’s family cabin in Pine Hollow, south of The Dalles. The detective said M.S.G and his mother disabled the LoJack on their rental car and covered it with tarps so no one could see it parked in a garage.

KGW left a voicemail for Coffey, but has not heard back. Wray declined to comment.

Clifford Davidson, an attorney for Terry Bean said in a statement:

"The State is trying to claim that a routine and lawful settlement agreement is now evidence of a criminal conspiracy, when it was the State that suggested to MSG’s family that they could make money by going after Mr. Bean in court. And it was the State that referred MSG to his lawyer, Ms. Deveny, who did exactly what the State expected her to: She demanded a large monetary settlement from Mr. Bean; and threatened to file a civil lawsuit while the criminal prosecution was pending, unless Mr. Bean paid. When Mr. Bean finally agreed to MSG’s demand to settle the threatened civil claim, due to the harm a civil case would cause while a criminal case was pending, because of the publicity and juror influence, the State (which set the civil process in motion) suddenly feigned surprise, claiming bribery and tampering. The State knows that their sex abuse case against Bean is floundering, so they are now desperately grasping at straws to distract from the fact that they yet again have no case."

A judge will consider whether to allow prosecutors to admit Bean’s $220,000 settlement to the jury at a hearing next week.