Autumn Knepper and Adam Marsh were sued by Executive Roof Services after leaving one-star Google reviews. People have donated thousands of dollars for an attorney. 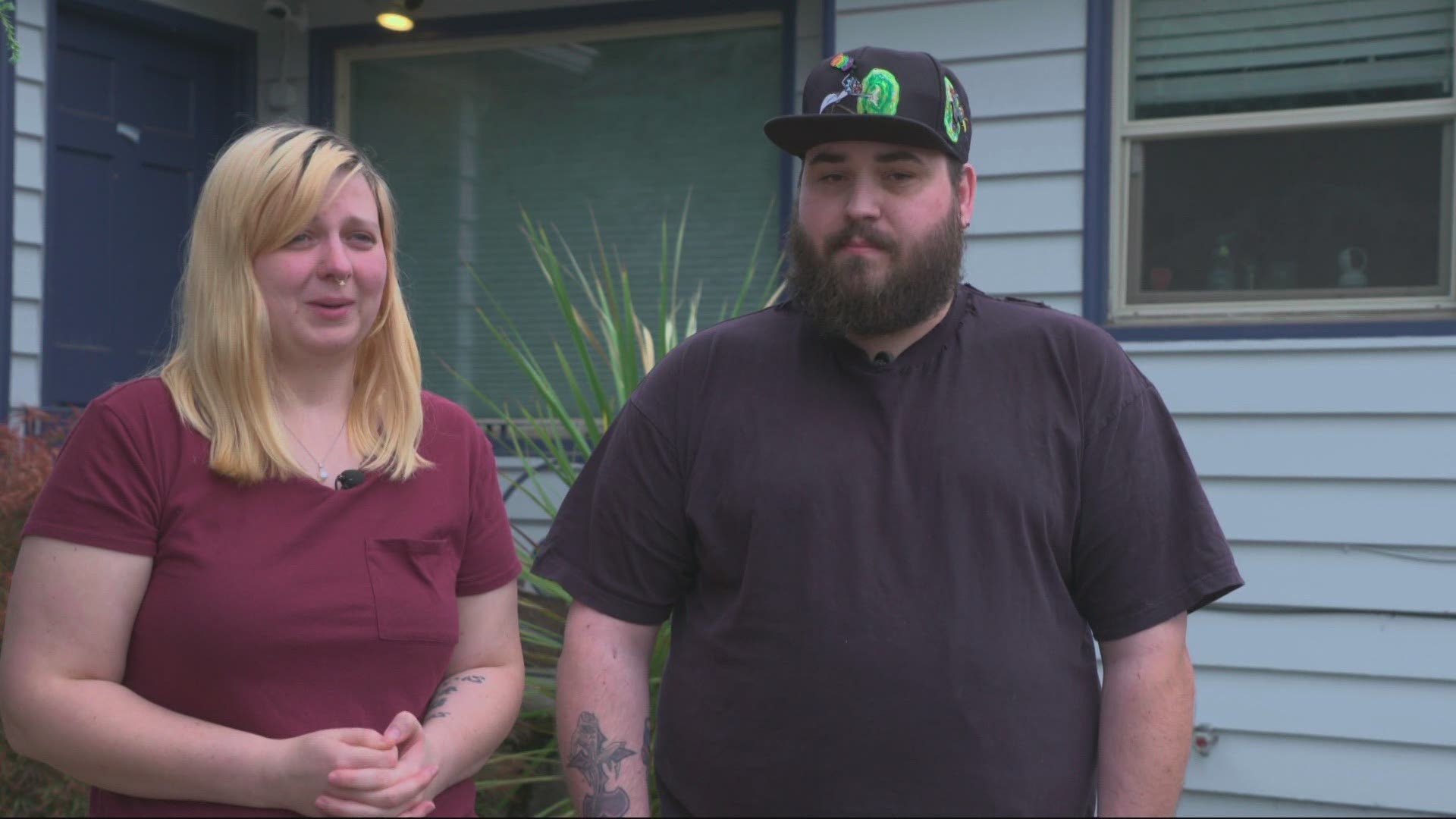 VANCOUVER, Wash. — Autumn Knepper and Adam Marsh hired an attorney to represent them after a story on a lawsuit filed against them made headlines across the country.

The couple is getting sued for more than $100,000 after leaving one-star reviews about their experience with Executive Roof Services (ERS).

People have donated nearly $9,000 to a GoFundMe set up by the couple to fight the lawsuit.

According to Knepper and Marsh, their landlord hired ERS to inspect a leaky roof earlier this year.

Knepper said when they called ERS to ask about a timeline, the receptionist was rude and would not give them any information.

They each left a one-star review about the company on Google about their experience. Marsh also filed a complaint with the Better Business Bureau, where ERS has an A+ rating, but it was never posted because the couple did not hire the company.

When the couple didn’t take down the reviews, ERS filed a lawsuit against them for defamation and intentional interference with a business.

“I just want to be able to live my life. I just don't want my future destroyed by something so small. This is obviously a man who is well off and can afford to do this, and I can't afford to fight it. And I think he knows that,” said Knepper.

Devin Robinson of the Caron, Colven, Robison and Shafton Law Firm in Vancouver confirmed they represent the couple.

David Bowser, an attorney for ERS, told KGW the couple did not hire the company, were not customers and left the reviews to intentionally hurt the business.

Michael Mecham, the owner of ERS, said he’s been getting threats and took his business off-line.

Mecham told KGW, the couple posted the Google reviews not using their real names and had no right to leave them.

Mecham would not say if there are plans to continue the lawsuit against Knepper and Marsh.

Yelp also suspended reviews on the ERS listing after people flooded the page with negative comments.

Washington has a new law, the Uniform Public Expression Protection Act, to protect consumers from SLAPP filings or a strategic lawsuit against public participation.

“It's a way of shutting down a public expression, which I think is why our legislature was virtually unanimous in passing this,” said Washington Senator, Mike Padden (R) of Spokane Valley and the sponsor of UPEPA.