It has been more than six months since 26-year-old Breonna Taylor, an ER technician, was shot and killed in her apartment during a police raid. 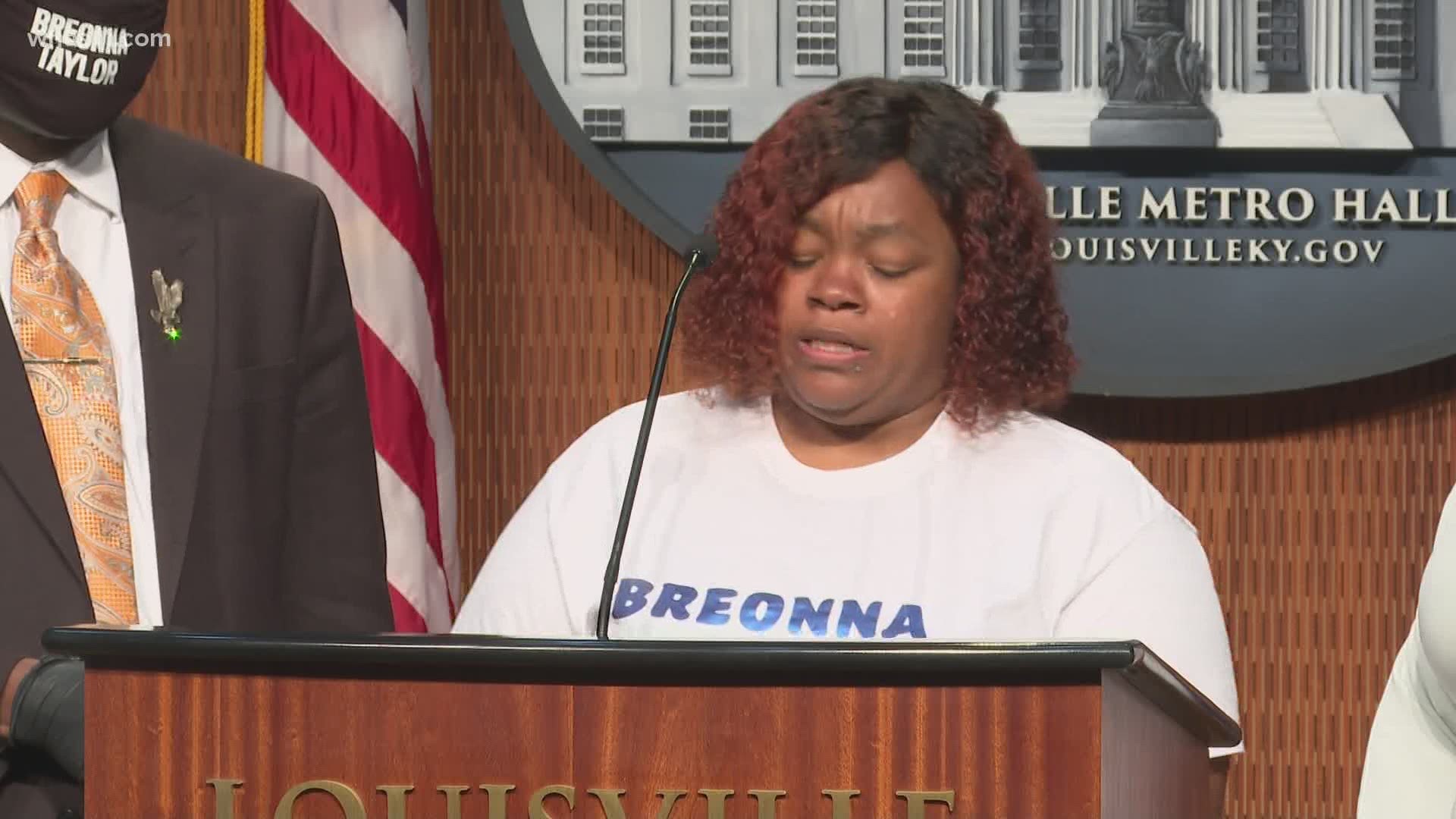 LOUISVILLE, Ky. — The city of Louisville and attorneys for Breonna Taylor's estate announced a $12 million settlement with the family of Taylor, a 26-year-old ER technician shot and killed during a police raid at her apartment over six months ago.

The settlement is the largest sum paid by the city for a police misconduct case, more than the $8.5 million settlement paid out to Edwin Chandler in 2012. Reforms to Louisville Metro Police Department were also a major part of the agreement.

Some of those reforms include:

Jamarcus Glover, the ex-boyfriend of Taylor, was the main target of LMPD's no-knock search warrant that led to Taylor’s death. Court records show no drugs or cash were found inside Taylor's apartment the night of her death.

Photos obtained from the crime scene showed several shell casings outside Taylor's apartment door. In his interview, Sgt. Jonathan Mattingly said he returned about six shots after he said Taylor's boyfriend, Kenneth Walker, shot him once in the leg.

Mattingly said officer Myles Cosgrove and former officer Brett Hankison also returned fire. While Hankison was fired for his actions the night of Taylor's death, the other officers have not been fired.

Attorney General Daniel Cameron’s office has been investigating the case, with Cameron recently saying his office will continue to work for "however long that may take."

During the press conference, Baker said "we know that indictment is coming rom the grand jury." Cameron has not given a timeline, but said his office will provide an announcement when a decision has been made.

"We know that indictment is coming from the grand jury...we are going to being looking for the federal indictment as well," Baker said. "We have finished the first mile in this marathon and we have many more to go."

Mayor Greg Fischer said he did not know what Cameron's office will do.

The settlement can be read here.

RELATED: Piecing together the night of Breonna Taylor's death