Are your cans and bottles counted accurately? We tested BottleDrop

The most common reason customers don’t get credit for all their containers is because bags aren’t clinched tightly or stickers are missing. 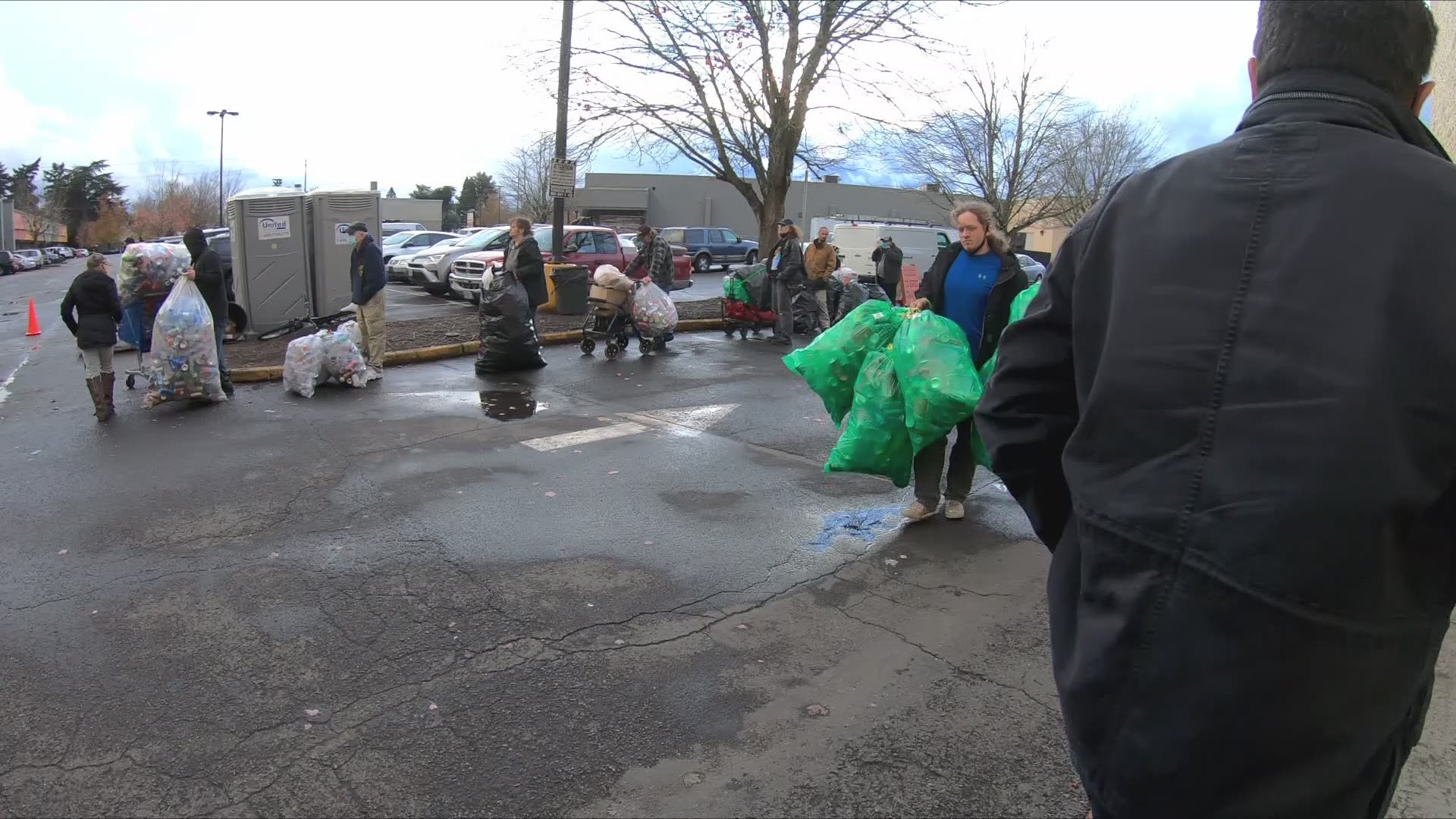 PORTLAND, Ore. — We’ve heard the complaints. And seen them too. Online reviews on Yelp, Google and Better Business Bureau are filled with angry posts from people who claim they didn’t get credit for all their cans and bottles at Oregon's BottleDrop locations.

“I got short changed,” said Steve McCalmont. “I thought something is kind of fishy here.”

BottleDrop allows people to fill up a bag with cans and bottles, drop it off and have it counted for them. Then, a $0.10 refund for every bottle or can is credited to the customer’s account. But numerous customers complain incorrect amounts are being credited to accounts and in some cases, entire bags of bottles and cans have gone missing.

“They would credit one bag, but not the other,” said Sandy Nicholson.

So, KGW decided to test the system. We filled five green bags with cans and bottles, then dropped them off at various BottleDrop sites around Portland. We dropped a total of 400 cans with 80 per bag.

In total, BottleDrop credited our account for 404 containers when we dropped off just 400.

So why the confusion?

Jules Bailey, the Chief Stewardship Officer at the Oregon Beverage Recycling Cooperative, theorized counts were off because old equipment at Bottle Drop Redemption Centers may have undercounted, while newer, more sophisticated machines are calibrated to overcount and give customers the benefit of the doubt.

Overall, our testing fell within OBRC’s acceptable margin of error, which is plus or minus two containers per bag.

“We are very confident that these bags are processed and counted over 99% correctly,” said Bailey.

Bailey suggested the most common reason customers don’t get credit for all their containers is because bags aren’t clinched tightly, causing bottles and cans to spill out.

“We see this all the time,” explained Bailey.

Additionally, Bailey said customers often forget to put a sticker on their green bags which makes it nearly impossible to link to an account.

OBRC relies on computers and cameras to count the cans, not human counters.

Inside a vast warehouse in Clackamas, every green bag is dumped out and scanned by a computer. A sensor needs to see just a fraction of a container to recognize whether it is a returnable bottle or can. Then, a credit for each container is added to a customer’s BottleDrop account.

Bailey said all along the process, images of your green bag are being captured.

“We have video systems in place, so we can go back and look at exactly what happened with those bags,” explained Bailey.

A recent audit by the Oregon Secretary of State’s office called for greater transparency, saying “customers should be able to see a detailed accounting of returned containers.”

Bailey said that is already in the works.

If customers have issues with inaccurate counts, Bailey said they should call BottleDrop customer service at 503-542-5252.

“Those containers are your money,” said Bailey. “We want to count them accurately, so please treat it like a bag full of your money. Tie it tight, make sure your sticker is on there.”