Metro West Ambulance turned over delinquent accounts to a third-party collector, which is suing people who don’t have money to pay their bills. 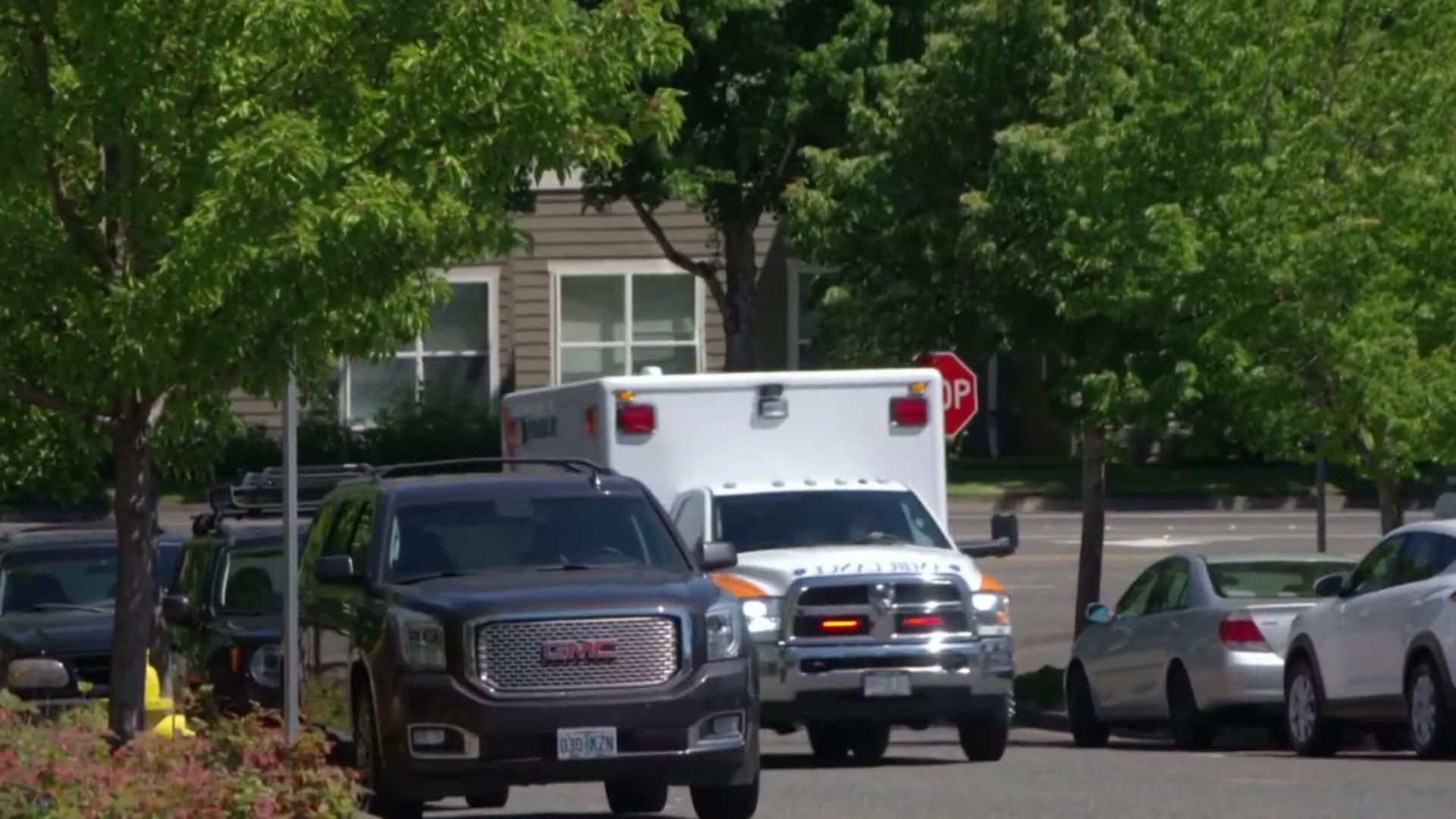 PORTLAND, Ore. — When severe pain from an intestinal blockage sent Barbara Kelso to the emergency room three different times in 2018, she was taken away by ambulance.

Kelso, 69, of Beaverton, had Medicare coverage, which paid for part of the ride. The ambulance provider, Metro West, billed Kelso for the balance of $775.

It was an overwhelming cost for Kelso, who lives off Social Security benefits and works part-time as a clerk at Target.

“If I were wealthy, I would have paid in a flash,” explained Kelso.

Instead, she agreed to make small payments with any money left over after paying for food, rent and utilities.

In May, Kelso unexpectedly received notice she’d been sued. The ambulance company, Metro West, had turned over her account to a third-party collector. Wakefield & Associates filed a lawsuit in Washington County seeking to collect on the unpaid ambulance bill, along with interest and service fees.

Medical debt collection lawsuits, filed on behalf of hospitals, clinics and ambulance companies against patients for unpaid bills, were common long before the coronavirus hit. Now, consumers are facing an onslaught of new suits filed after tens of millions of people lost their jobs in the pandemic and don’t have money to pay their bills.

“I don’t think they should turn it over to collections especially for people who can’t afford it,” said Kelso.

Colorado-based Wakefield & Associates specializes in medical debt collection nationwide. A review of court records shows the company has filed more than 200 lawsuits in Oregon since Gov. Kate Brown declared a state of emergency on March 8 to address the spread of COVID-19.

The lawsuits, filed on behalf of various medical clinics and ambulance companies, seek payment for treatment or rides that occurred before the pandemic hit. The unpaid medical bills, sometime dating back years, can range from hundreds to thousands of dollars.

“I think now is absolutely the worst time for anyone to be collecting debt on people who are really in vulnerable economic situations,” said consumer advocate Charlie Fisher of OSPIRG.

In June, a coalition of organizations called “Stop the Debt Trap Alliance” sent a letter to Oregon’s governor and state legislative leaders urging them to temporarily prohibit all referrals to debt collectors and suspend debt collection lawsuits.

“We think hospitals and really anyone who is collecting debt should just put a pause on that for now and understand this is an incredibly difficult and unprecedented situation,” said Fisher.

Several states, including New York, Massachusetts and California have imposed strict restrictions on the collection of medical debt during the pandemic.

Oregon’s Department of Consumer and Business Services, which regulates debt collectors in the state, issued recommendations in April to help people affected by the coronavirus outbreak. The guidance suggested debt collectors waive late fees, temporarily suspend collection for people who have significant hardship and stop going after people whose only source of income is Social Security. The recommendations are voluntary, not enforceable by law.

Kelso said other businesses have offered to help by cutting late fees and offering payment accommodations, but not the medical debt collection agency Wakefield & Associates.

“I’ve called banks. I’ve called credit cards. They were all willing to help me in some way but these people, they were like hounds,” said Kelso.

Consumer advocates argue debt collection lawsuits strain the court system and disproportionately impact minorities and those who were already on the edge financially.

“I’m sure I’m not the only one. You are going to find a lot of people hurting because they can’t pay medical bills,” Kelso said.

Among the hundreds of medical debt lawsuits filed by Wakefield & Associates in Oregon during the pandemic, court records indicate at least a dozen suits were against patients of Metro West ambulance and its affiliated ambulance companies.

Jan Lee, a spokesperson for Metro West, said the ambulance company has used Wakefield & Associates to collect unpaid bills since 2015, along with another third-party debt collector on a very limited basis.

“We understand the medical and financial hardships that many are going through as a direct result of this pandemic,” said Lee in an email to KGW. “It has been Metro West Ambulance’s long-standing practice to offer payment plans, financial aid, partial debt forgiveness and many other options to those who require assistance to their medical transportation bills.”

Metro West declined to share specifics on when delinquent accounts are turned over to collections.

Kelso is frustrated she doesn’t enjoy the same economic relief during the pandemic as others.

“When you are low income like me, it seems like there is no help out there,” said Kelso.

Metro West Ambulance received a Paycheck Protection Program (PPP) loan between $5 million to $10 million, according to publicly available data from the Small Business Administration. The loan, designed to help keep workers on the payroll, was one of the largest PPP loans in the state of Oregon.

Metro West said it used the funds to re-hire employees that had been laid off and resume non-emergency operations statewide.

Kelso admits she doesn’t have the money to pay for her ambulance rides in 2018. She never did. It was an emergency and she needed to go to the hospital.

Facing mounting bills and a lawsuit, Kelso filed for bankruptcy in late June.