8 things to know about toxic air in The Dalles

What you need to know about a railroad tie plant in The Dalles that is emitting high levels of a toxic chemical, even though it is legally operating within the limits of a DEQ permit. 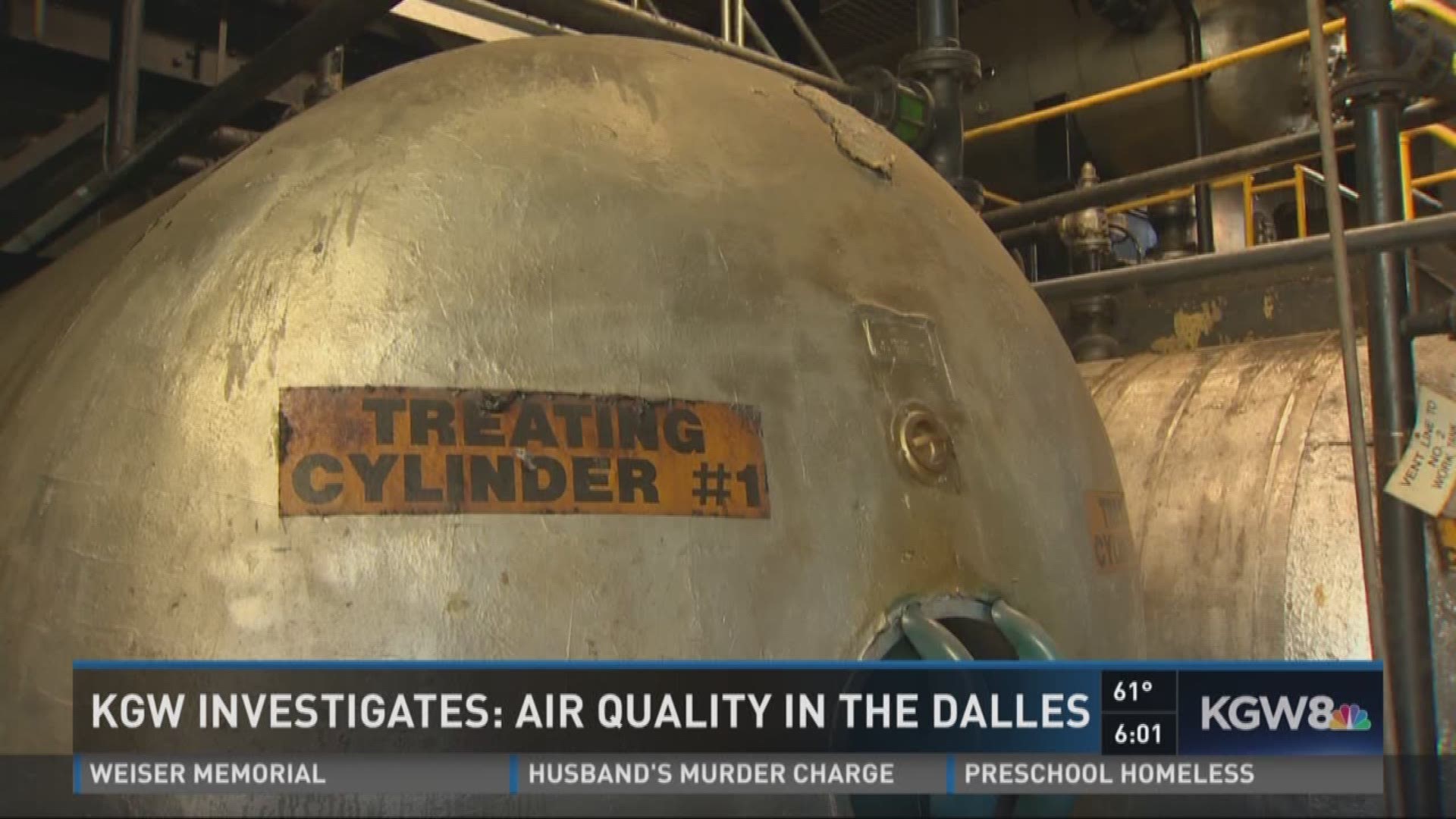 THE DALLES, Ore. – A KGW investigation published Monday showed that a railroad tie plant in The Dalles is emitting high levels of a toxic chemical, even though it is legally operating within the limits of a DEQ permit.

The Department of Environmental Quality issued Amerities a permit in 2015 that did not change the plant’s emissions cap, even though monitoring found levels of the chemical naphthalene higher than what the Oregon Health Authority considers healthy for humans to breathe.

Naphthalene is one of the chemicals in creosote, a coal-tar byproduct used by Amerities to treat railroad ties. It’s also the active ingredient in mothballs.

Why didn’t the DEQ do more, what does this mean to residents in The Dalles, and what are the signs of toxicity? Here are eight things to know.

1. How much naphthalene is safe to breathe?

According to safety benchmarks set by Oregon Health Authority, breathing more than 0.03 micrograms per cubic meter of naphthalene consistently for more than a year can increase the risk of cancer. In two tests conducted on two days in 2011 and 2012, the levels of naphthalene in the air were found to be between 0.88 and 290 micrograms per cubic meter in locations around The Dalles.

2. What did the DEQ do after they got those test results?

There are a few things the DEQ did not do. They did not issue more testing and they did not change the amount of naphthalene that Amerities is allowed to emit when the permit was renewed in 2015. In fact, Amerities could be releasing three times as much naphthalene and still be within the limits of its permit.

What the DEQ did do was launch a Nuisance Odor Strategy and asked anyone who was bothered by the smell to fill out a form. The DEQ said it has conducted eight surveys so far. They have not said what they plan to do with the results.

The DEQ also asked Amerities to consider odor-reducing strategies. So far, Amerities has begun stacking creosote-soaked railroad ties tighter so less air can come in contact with them.

3. Why was Amerities allowed to emit so much naphthalene?

According to the DEQ, Amerities’ permit is written in accordance with emissions standards set by the Clean Air Act, which allows up to 39 tons of VOCs (volatile organic compounds emitted into the air) to be released every year. The DEQ said those standards may not fit with a plant the size of Amerities, which is emitting around 11 tons of VOCs per year.

Even though Oregon Health Authority says breathing as much naphthalene as was found in the 2011 and 2012 studies is unhealthy longterm, the DEQ only took into account standards set by the Clean Air Act when issuing the permit.

4.How long has Amerities been using creosote?

The Amerities plant has been in The Dalles since 1922 and has used creosote to treat railroad ties since its inception.

5. What health problems could naphthalene cause?

Symptoms of naphthalene toxicity include headaches, nausea, vomiting, dizziness and hemolytic anemia, or the abnormal breakdown of red blood cells, according to the National Pesticide Information Center.

Infants and people who are deficient in an enzyme called Glucose-6-phosphate dehydrogenase are more likely to experience hemolytic anemia.

Over time, high exposure of naphthalene can cause cataracts and other eye injuries.

According to the World Health Organization, naphthalene exposure can cause sores in the nose and throat. Mothballs are banned in Europe due to health issues from naphthalene.

6. Can naphthalene cause cancer?

The Oregon Health Authority said lung cancer is the most concerning cancer associated with naphthalene exposure in humans.

7. Has naphthalene made anyone sick in The Dalles?

It is difficult to say whether people have gotten sick from naphthalene or from other factors. According to Oregon Health Authority toxicologist David Farrer, less serious issues such as nose sores are not tracked by OHA.

The Oregon Health Authority keeps track of cancer rates in Oregon counties and while lung cancer rates in Wasco County are about 25 percent higher than the state overall, smoking rates are also higher in the county.

8. What should I do if I am worried about exposure?

Some residents of The Dalles have been advised by their doctor to move and both OHA and DEQ have said in general, people should listen to their doctor.