Unlike most states, Oregon has not stepped in to limited unemployment insurance tax hikes due to COVID-19. 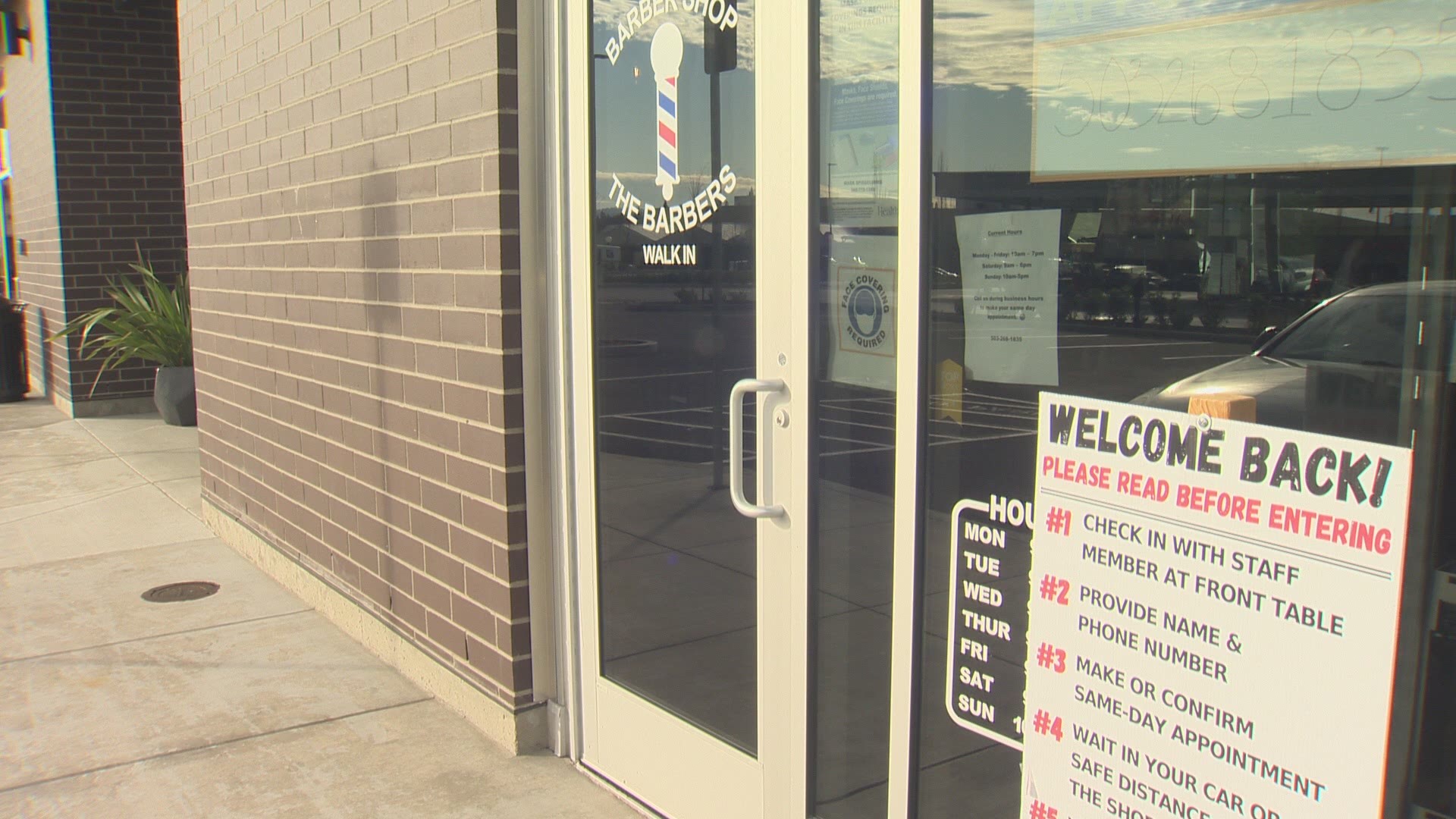 “We are operating on such a shoestring,” said Kim Spiegelberg of The Barbers, a local chain of barber shops. “It could not come at a worse time.”

“Which we don’t have right now unless we miraculously go back to full steam,” explained Spiegelberg.

The barber shop owner has struggled to resume normal operations after various government-mandated restrictions due to the COVID-19 pandemic.

“We’re in the red and we’re going to remain in the red,” said Spiegelberg.

Like most states, Oregon operates a trust fund to pay out unemployment benefits. The trust fund is financed by payroll taxes levied on employers, known an unemployment insurance taxes. If a business has a high number of layoffs, it results in a higher UI tax rate.

Next year, 145,200 Oregon businesses will see a jump in UI tax rates, according to a breakdown by the Oregon Employment Department. The breakdown, obtained through a public records request, indicated 76 percent of employers that pay UI taxes will see a rate increase up to two percent. 2,300 employers will see UI tax rate increases of more than three percent.

Business owners argue it doesn’t make sense to penalize employers for COVID related layoffs that were largely beyond their control, such as barber shops or restaurants.

“When we shut down, we weren’t shutting down machines, we were laying people off and we had no choice,” explained Spiegelberg.

At least 26 states have stepped in to help protect businesses by not counting COVID related layoffs in determining their tax rate, according to Katherine Loughead of Tax Foundation, a Washington D.C. based nonpartisan think tank.

“Oregon is in a good position to be able to do something like that,” said Loughead. The senior policy analyst explained Oregon’s Unemployment Trust Fund is sitting on roughly $4.1 billion dollars in reserves.

David Gerstenfeld, director of Oregon Employment Department, said rate increases are needed to help replenish the trust fund, so Oregon won’t have to borrow from the federal government and face the financial consequences like other states.

In Oregon, it would take legislative action to prevent COVID-related UI tax hikes.

On December 3, Gerstenfeld briefed several Oregon legislators on why changes in the UI tax rate formula would be problematic. During the Zoom meeting, Gerstenfeld explained keeping taxes lower in the short-term would result in high taxes later to replenish the trust fund and could reduce the amount of benefits going out.

Gerstenfeld said the agency is being flexible during the pandemic.

“If somebody isn’t able to pay the full tax immediately during the emergency period that we’re not going to be assessing penalties and we can work with them,” said the agency director.

Oregon state representative Janelle Bynum has unique perspective as both a lawmaker and business owner.

“Every dollar counts. Every penny counts,” explained Rep. Bynum, who owns four restaurants with her husband. “I think, from the legislature’s stand-point, the first thing that is most important is that each legislator understands that this is a real hit to businesses.”

Editor's note: The previous headline to this story, "151,000 Oregon businesses will face higher unemployment taxes next year" was revised after the Oregon Employment Department found an error in its table shared with Oregon legislators and obtained by KGW through a public records request. In the report, OED misstated that 41,600 businesses would see an increase of 1.1 to 2%. The actual number is 14,600.