'I think we all need answers': Community worries over anhydrous ammonia plan

The companies involved in the deal maintain no more anhydrous ammonia will be stored at the terminal that was previously stored there. 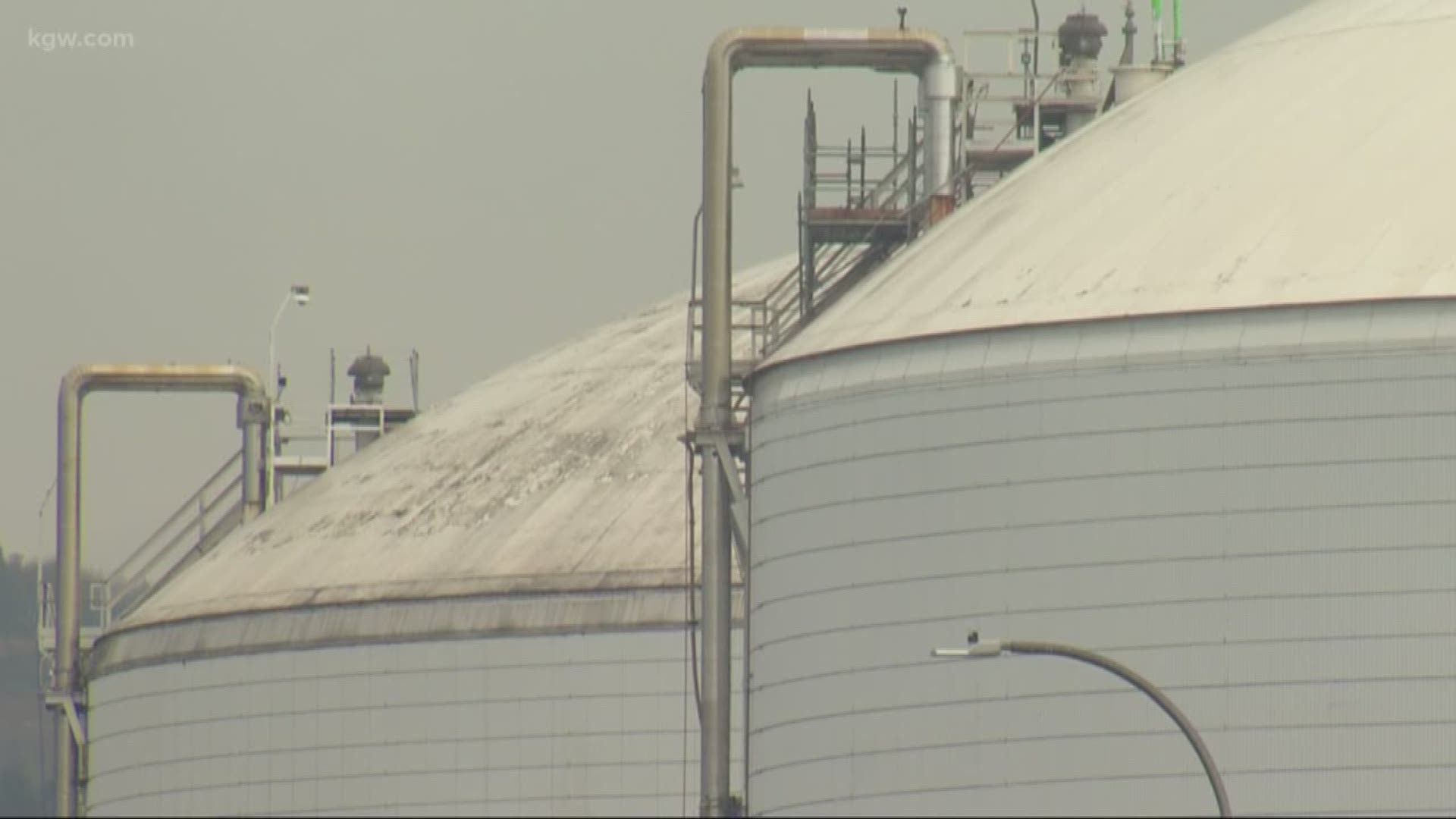 A new plan has been reached to bring anhydrous ammonia into a North Portland storage terminal.

The terminal is owned by Simplot.

With it's two 25,000 ton tanks, the Rivergate facility is the largest anhydrous terminal on the west coast.

For more than a decade it has been storing the gas for use in and around the area.

But Simplot recently entered into an agreement with Illinois-based CF Industries to allow the company to ship the gas by train from Canada into the Portland facility and store it there before shipping it off to Pacific Rim countries.

According to the CDC, when handled improperly, anhydrous ammonia can be immediately dangerous to life or health and exposure to it at high concentrations can even be fatal.

"Each one of the rail cars that would be coming into this facility can carry up to 80 tons of the material, those tanks can store over 600 rail cars worth of anhydrous ammonia," Dan Serres, conservation director with Columbia Riverkeeper said.

Serres and other North Portland residents worry the plan would make Portland a petrochemical hub and would endanger lives if there were ever a derailment or a leak.

"What we're concerned about is the potential for a toxic vapor spreading over North and Northeast Portland," Serres said.

The companies involved in the deal maintain no more anhydrous ammonia will be stored at the terminal that was previously stored there.

But, when asked specifically how much of the gas will be brought to the terminal and how often CF Industries would only say "it will be shipped by rail... we don't speculate on volume."

And when asked where exactly the gas will be going overseas, the company responded, "We aren't going to be more specific than Pacific Rim Countries."

Some who live in nearby St. Johns worry the deal will mean more of the gas being brought in in the future.

"We're going to have a lot of questions," said St. Johns resident Barbara Quinn. "I want some answers... I think we all need answers."