Hundreds gather in Portland to speak out against anti-Asian hate

Saturday's vigil was part of a national vigil held in more than 20 cities to honor the victims in Atlanta. 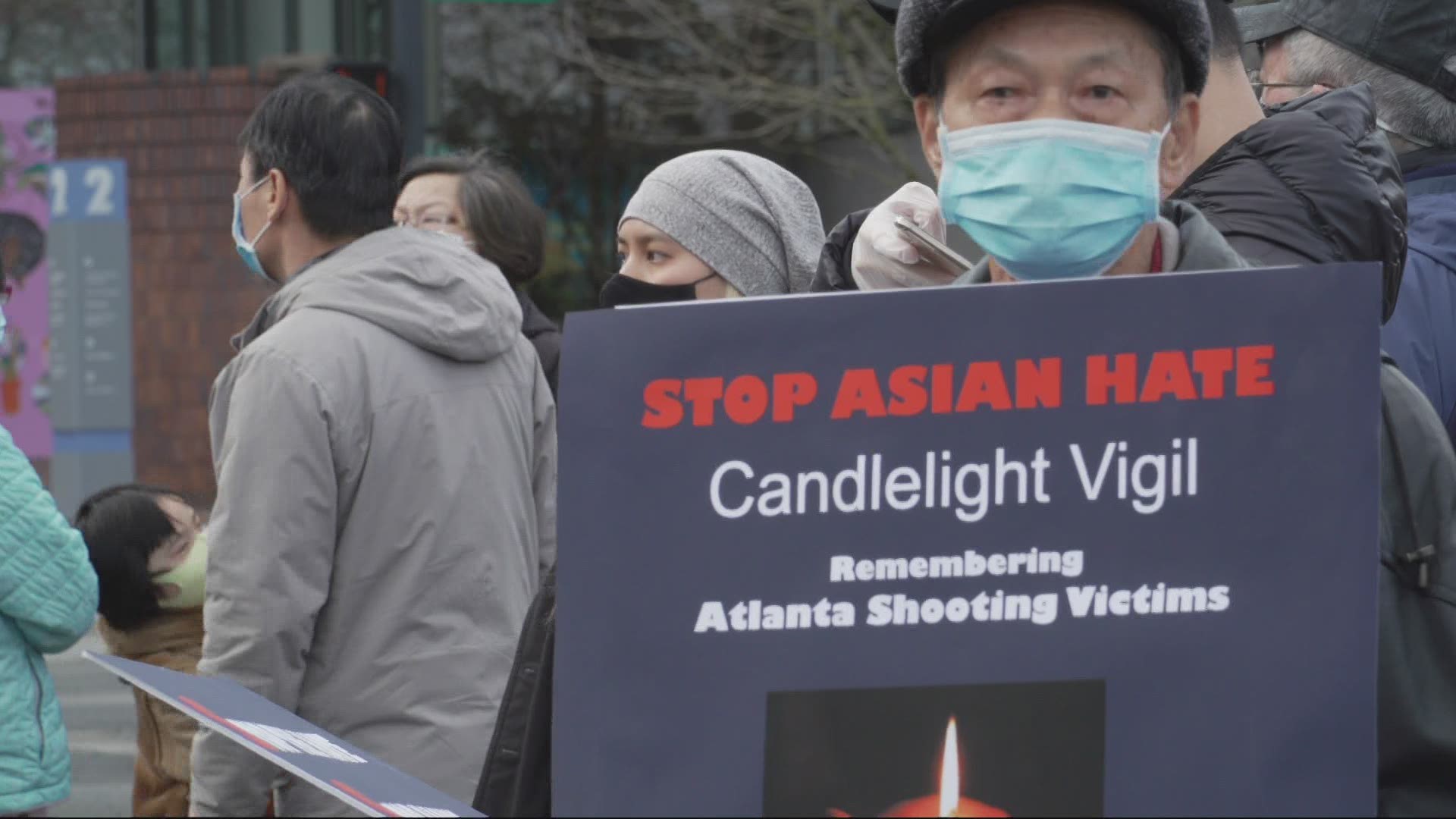 A 21 year-old white male was arrested after shooting and killing 8 people at three different Atlanta businesses. Six of the victims were Asian women.

"It's a pretty devastating week for us. The hate crime intensifies dramatically over the year," said Iris Zhao with the Chinese Friendship Association of Portland.

RELATED: These are the victims of the metro Atlanta spa shootings

Zhao, along with Hardy Li of Chinese American United, helped organize Saturday's vigil. Voices were amplified over a loudspeaker, speaking out after the Asian community has been the targets of an increasing number of bias crimes and racist incidents over the last year.

"We need to show our solidarity." Li said in front of the crowd. "We want to unite everybody. Got to stand up against hate crimes."

The Center for the Study of Hate and Extremism at California State University, San Bernardino, tracked reported hate crimes in 2019 and 2020 in the 16 largest cities in America. They found that anti-Asian hate crimes increased by nearly 150% last year compared to the year before.

Xi Wei and Xuijun Tan, both international students from China studying at Portland State University, came to the vigil.

"The recent incidents towards Asian women makes me really sick and feels like we need to speak up and we need to stand up and support our community," Tan said.

"We heard about the shootings, and that was devastating, and we wanted to support our community. Even though we are international students, we are part of the Asian community." Wei said.

In Multnomah County, authorities received 271 reports of bias crimes last year. So far this year, they've received 61, which is on pace with last year.

This includes all bias crimes. The majority were race-related. More than half the reports involved Black victims, but Asian victims reported the second-highest number of race-related bias crimes in Multnomah County, with 42 since the beginning of 2020.

"Even though it hasn't happened to you, it could," Zhao said, "If you ever get mistreated or bullied, what are you gonna do? If you're not standing up right now, this could continue happening."

RELATED: 11 Asian-owned Portland businesses vandalized in the past month