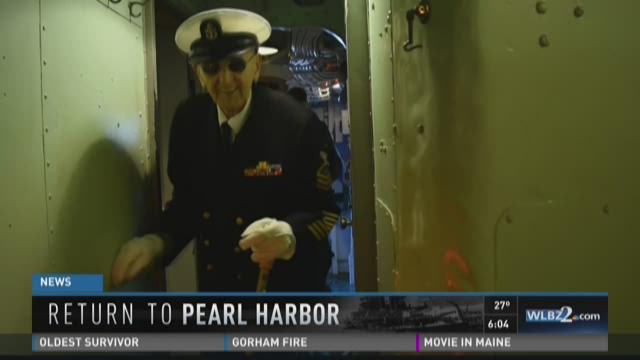 The ship, the USS Cassin Young, is a destroyer similar to the one he served on when he was a 17-year-old Radioman Apprentice aboard the USS Bagley in 1941.

From Los Angeles, Mr. Coles will journey to Hawaii, where he will attend the 75th-anniversary commemoration ceremony of the attack on Pearl Harbor.

He is expected to arrive there late Sunday night.