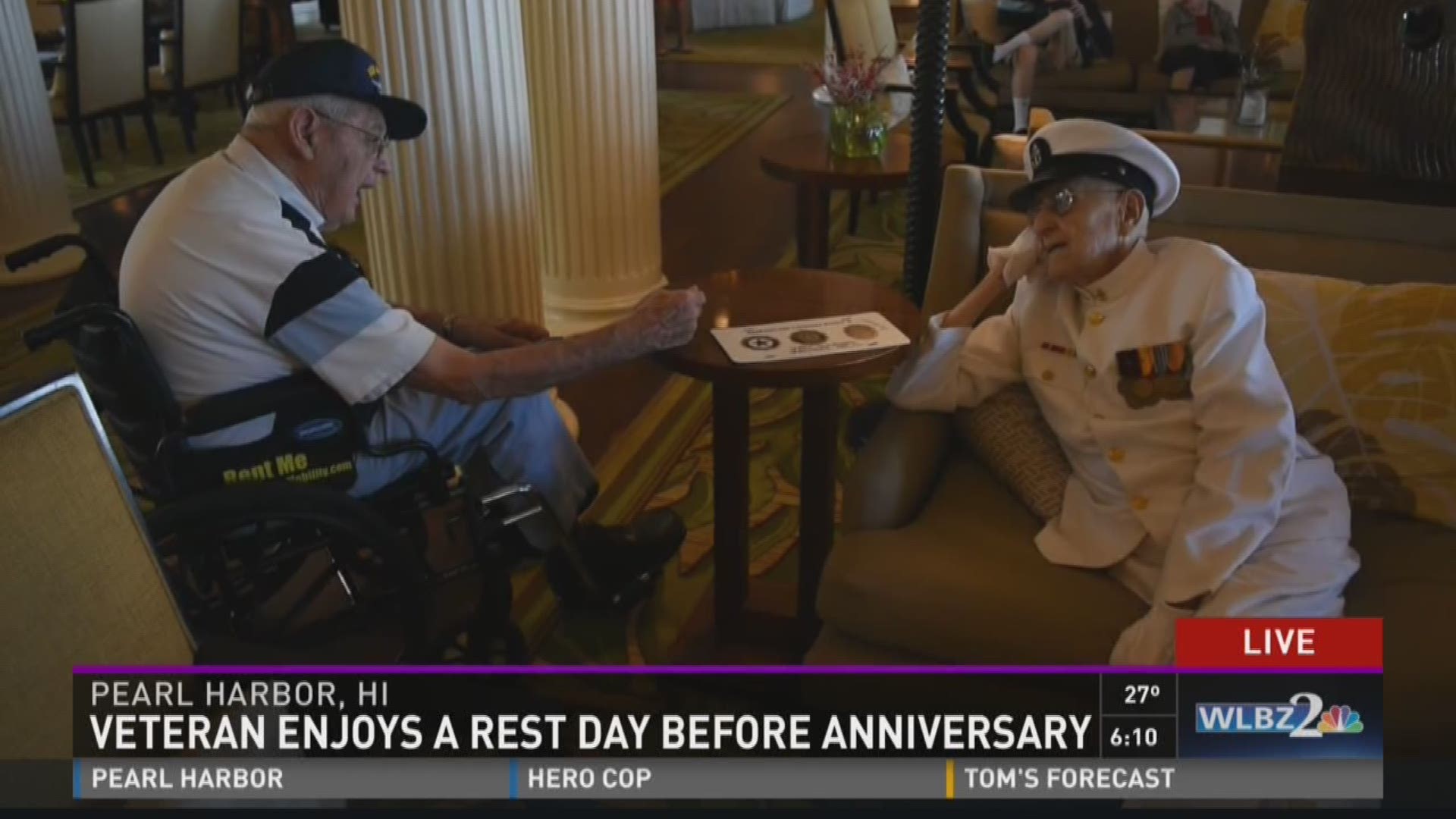 Chief petty officer Coles served aboard the Navy destroyer USS Bagley 75 years ago. He was a Radioman Apprentice who was on deck when the first planes attacked Pearl Harbor.

NEWS CENTER caught up with him inside his hotel Tuesday, and once again, he was surrounded by people asking for pictures with him, and others just wanted to say thank you.

Mr. Coles had with him his local American Legion Post license plate from Maine, and he had it signed by some of the other World War II survivors that he ran into. He also spoke about what he hopes for Wednesday's ceremony.

"I'm looking for a special occasion where we can unite America again — get us around something — because this country right now is not divided, it is fractured, and it is in bad bad shape," Coles said. "The American people as a group of people — and I've traveled a lot over the world — they are the nicest people I've ever run across."

In a few weeks, Coles will be turning 93-years-old. He hopes to run into somebody he knows Wednesday, but he knows that's not likely.

"I'll be utterly amazed if I meet someone that knows me by name," he said. "I mentioned many times the only name I know is chief gunner's mate Skinner, and he was an adult [at that time], so I don't expect him to still be around."

Mr. Coles and is traveling companion, Dennis Boyd, also a retired Navy veteran, will attend Wednesday's commemoration ceremony of the 75th anniversary of the attacks.

NEWS CENTER will be there for those events and, of course, will continue our coverage.