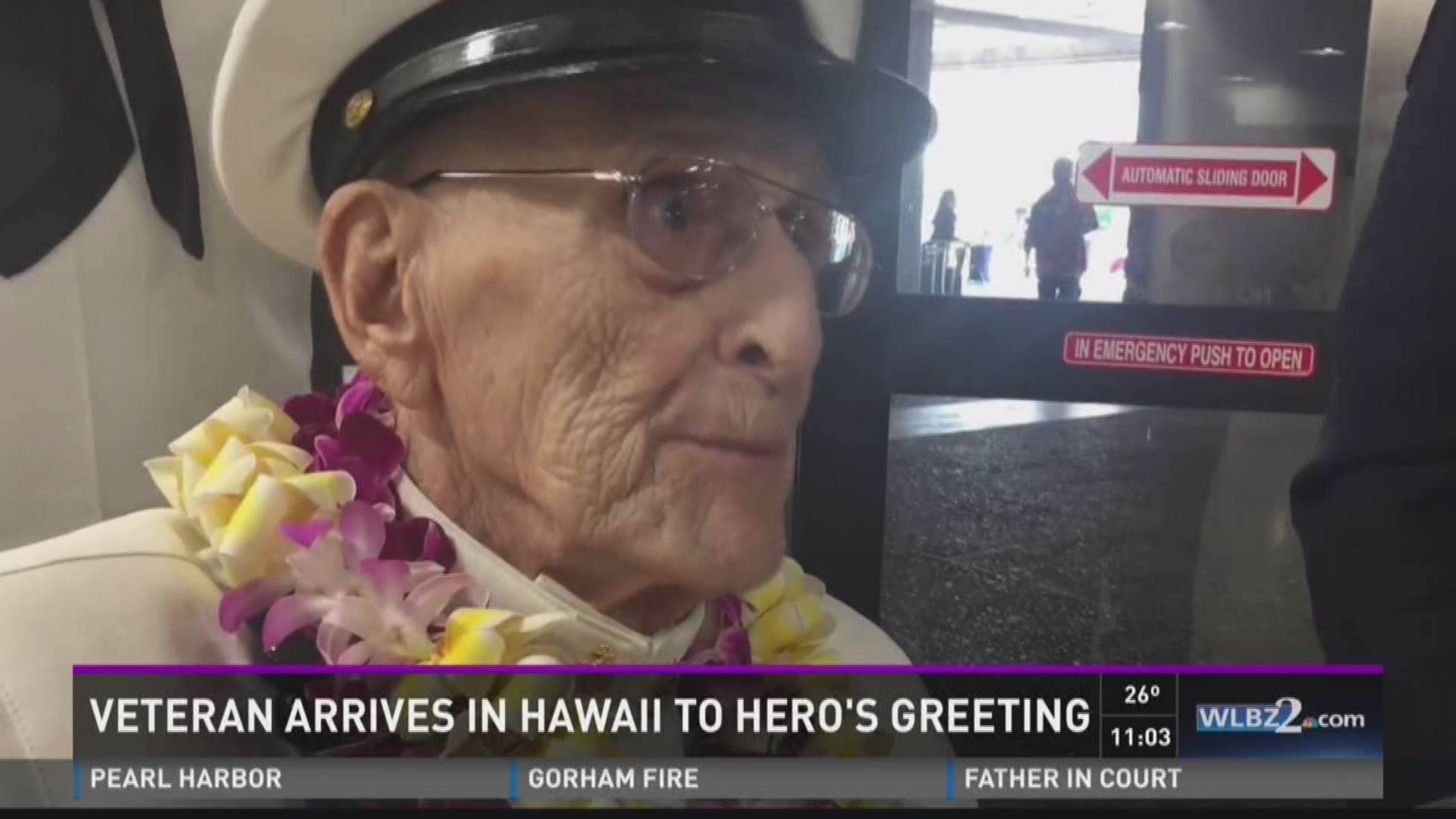 HONOLULU (NEWS CENTER) — World War II veteran Robert Coles was welcomed back to Hawaii Monday as he prepared to visit the Pearl Harbor memorial for the 75th anniversary of the attack.

Coles and his traveling companion Dennis Boyd got quite the welcome when they got to Honolulu. Their flight arrived at Honolulu International Airport around noon Hawaiian time, or 5 p.m. ET.

People were, once again, shaking hands and taking pictures, and there was a very special moment when Mr. Coles met New York firefighter Joe Torrillo, who survived both twin tower collapses on 9/11.

"Sept. 11 has probably been the last attack on American soil since Pearl Harbor," Torrillo said. "It doesn't matter which was the worst, these were two instances that redefined patriotism in America. I want everybody who listens to this to always remember the country that we share, that the country that we inherited, came at the expense of people like Robert, who rose to the occasion and defended us under the worst situation."

Torrillo said he was buried while evacuating the south tower and was eventually found. After being loaded onto a boat, he was buried a second time by the collapse of the north tower. He was found again and transported to a New Jersey hospital, where his "whole body was broken apart," and that doctors "didn't know if [he] would live."

Mr. Coles said he had great respect for Torrillo.

"It's men like Robert and myself who never wanted ourselves to be heroes," Torrillo said. "All of us will tell you what we did on these two days was anybody else would do who has this uniform, and it's about that you live up to, that you protect life and property in any situation, even at the risk of giving your life for the people of the United States of America, and there's no honor greater than that."

Mr. Coles will be attending a blackened canteen ceremony at the USS Arizona Memorial Tuesday morning. He also plans to attend the commemoration ceremony on Dec. 7. We plan to follow his journey back to you.