The attack on Pearl Harbor 75 years ago drew a staggered, reluctant America headlong into the global struggle against the Axis powers.  I was still in high school walking across the campus at Andover in Massachusetts when we heard the news. 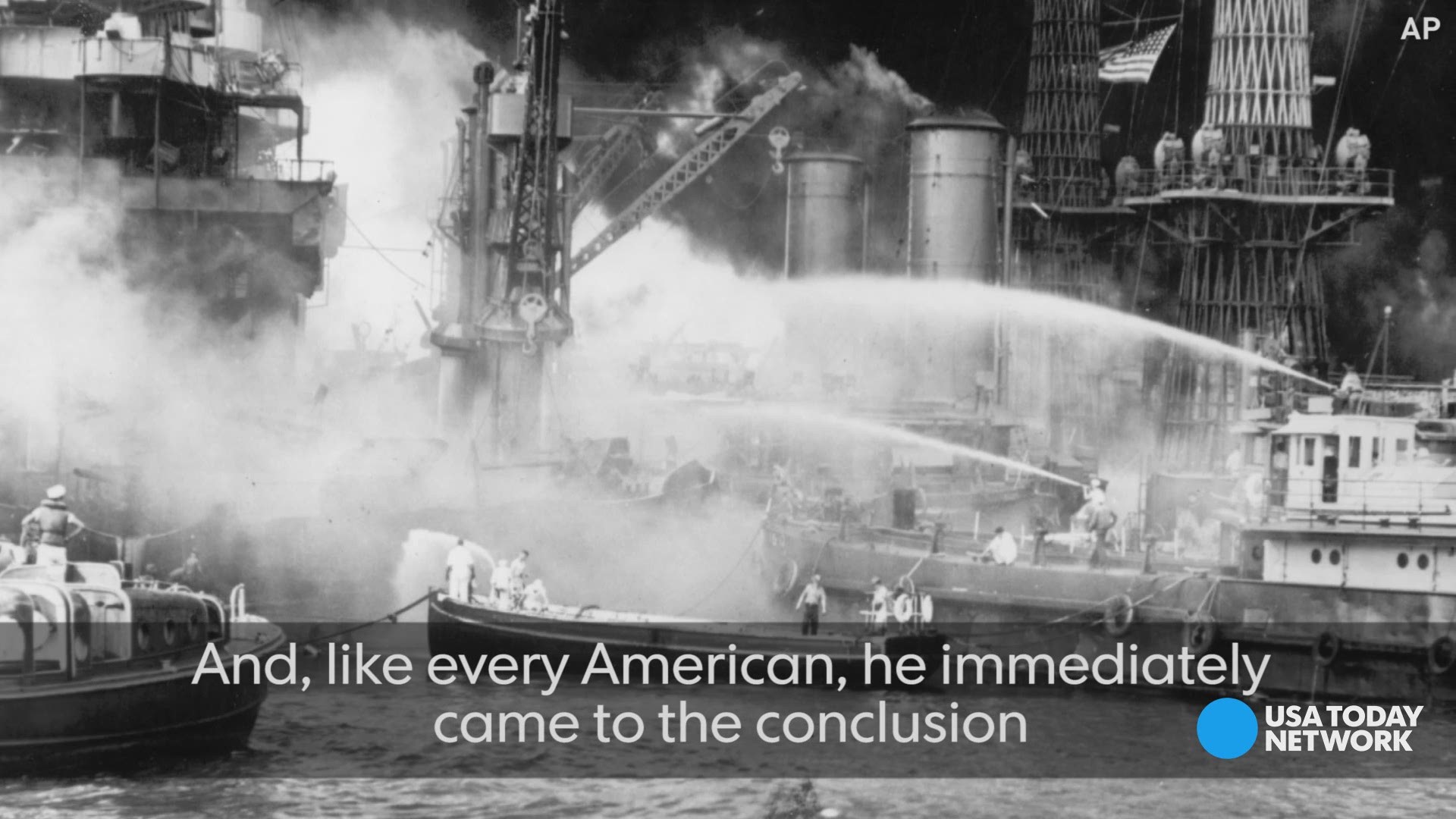 The attack on Pearl Harbor 75 years ago drew a staggered, reluctant America headlong into the global struggle against the Axis powers. I was still in high school walking across the campus at Andover in Massachusetts when we heard the news.

Like everyone, I was stunned that someone would attack our country. In the preceding years, President Roosevelt had tried to steer a course of neutrality, attempting to keep America out of the building conflagration that was consuming both Europe and Asia.

The inherent treachery of that raid not only galvanized what needed to be done in the minds of policymakers, it united Americans from all walks of life who were determined to defend our way of life.

As for me, I remember thinking, “We gotta do something about this one.” Given my love of the sea, I was determined to become a naval aviator — and the sooner I could enlist, the better.

There wasn’t anything unusual about this decision, mind you. Millions of Americans put their lives on hold to serve their country and help the war effort. In Victory Gardens and factories here on the homefront — as in the various theaters of conflict across Asia, Africa and Europe — virtually every American wanted to do their part, no matter how big or small, to help secure freedom’s victory over tyranny.It was one of our nation’s finest hours.

Photos: The attack on Pearl Harbor

As we pause to reflect on the shock of Pearl Harbor and its aftermath, the ultimate outcome of World War II might seem as if it was foreordained. It was not.

Before Pearl Harbor, many believed the tide of democracy, which had lifted and sustained our republic for 160 years, was ebbing. Totalitarianism was on the march, and the widespread misery of the Great Depression had some declaring capitalism dead — and seeking to concentrate vast new powers in the hands of federal government. They felt the United States was a nation in decline and needed to follow a new path to the future.

Instead, it was America who, after vanquishing the dictatorial despots and their legions, reached out to make those erstwhile enemies our friends. We helped heal their wounds, rebuild their societies and give birth to new democracies and free-market economies.

Today, we can take heart that the United States and Japan are not only friends but sworn allies. The bitter rancor of that bygone era has yielded to decades of international cooperation and collaboration. Looking forward, it is absolutely vital that Japan and the world can count on America to continue leading —working together for peace, democracy, freedom and justice around the world.

Only then can we count ourselves worthy of the selfless sacrifices born by our fellow countrymen — and consecrated in the waters of Pearl Harbor.