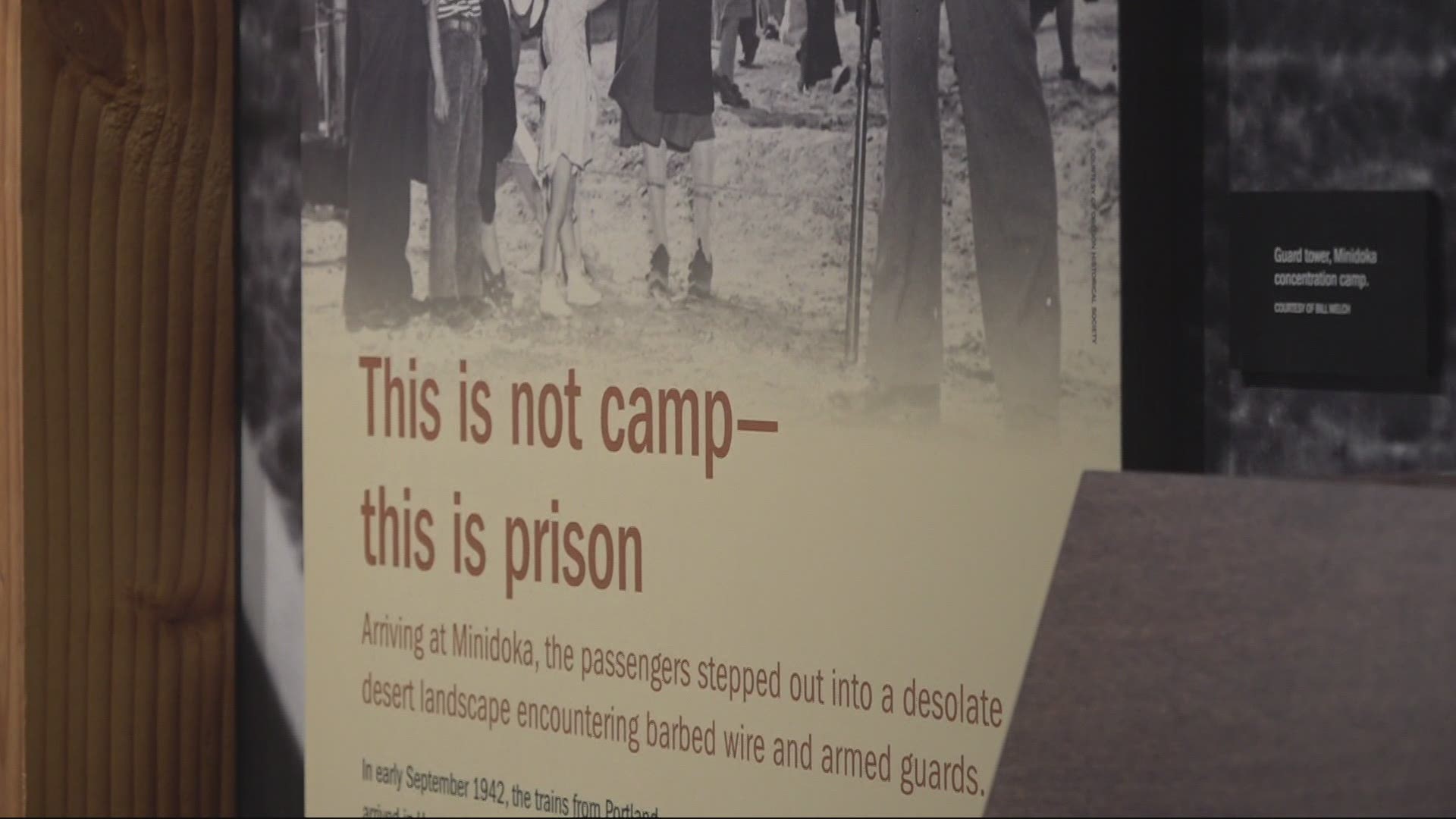 PORTLAND, Ore. — The Japanese American Museum of Oregon is newly renovated and will reopen to the public on June 18, after it was closed for more than a year.

Executive Order 9066 was issued by President Franklin D. Roosevelt on Feb. 19, 1942, authorizing the evacuation of all people deemed a threat to national security from the West Coast to relocations centers further inland.

"That basically led to the incarceration of 120,000 people of Japanese ancestry," said Lynn Fuchigami, executive director of the Japanese American Museum of Oregon.

After the attack on Pearl Harbor, many people living in an area of Portland that used to be called Japantown, where the museum is now located, were forced to surrender and were moved to internment camps.

Japantown, where many Japanese-Americans immigrants lived and started businesses, became a ghost town.

"The majority were U.S. citizens," Fuchigami said. "There was no due process. They were forcibly removed from their homes and taken to the Portland Assembly Center."

Credit: Bryant Clerkley, KGW
An exhibit at the Japanese American Museum of Oregon tells how more than 100,000 Japanese-Americans were sent to internment camps during World War II.

The Portland Assembly Center was a temporary stop before the transfer to another location. There are exhibits at the museum that show the crammed, primitive barracks at the internment camps.

Fuchigami said her family was incarcerated in Colorado.

"My family was a family of 10," Fuchigami said. "They were living in two small rooms. My grandparents and the girls were in one. The other side was my father and his brothers."

Now almost 80 years after World War 2, the museum shining a light on this part of history is opening as Asian-Americans face a new form of racism.

Credit: Bryant Clerkley, KGW
An exhibit at the Japanese American Museum of Oregon tells how more than 100,000 Japanese-Americans were sent to internment camps during World War II.

"It's really painful now, when you see the rise of anti-Asian violence and hate for our community," Fuchigami said. "That's why I think it's so important to share this history."

And now there's a place in Portland for these stories to be shared.

"You hope that when you're teaching the history, the mistakes from the past are never repeated," Fuchigami said.

The museum is located at 411 Northwest Flanders Street.