The Bracero Program brought Mexican laborers to work on farms across the United States. Their contributions would prove vital to the greater war effort. 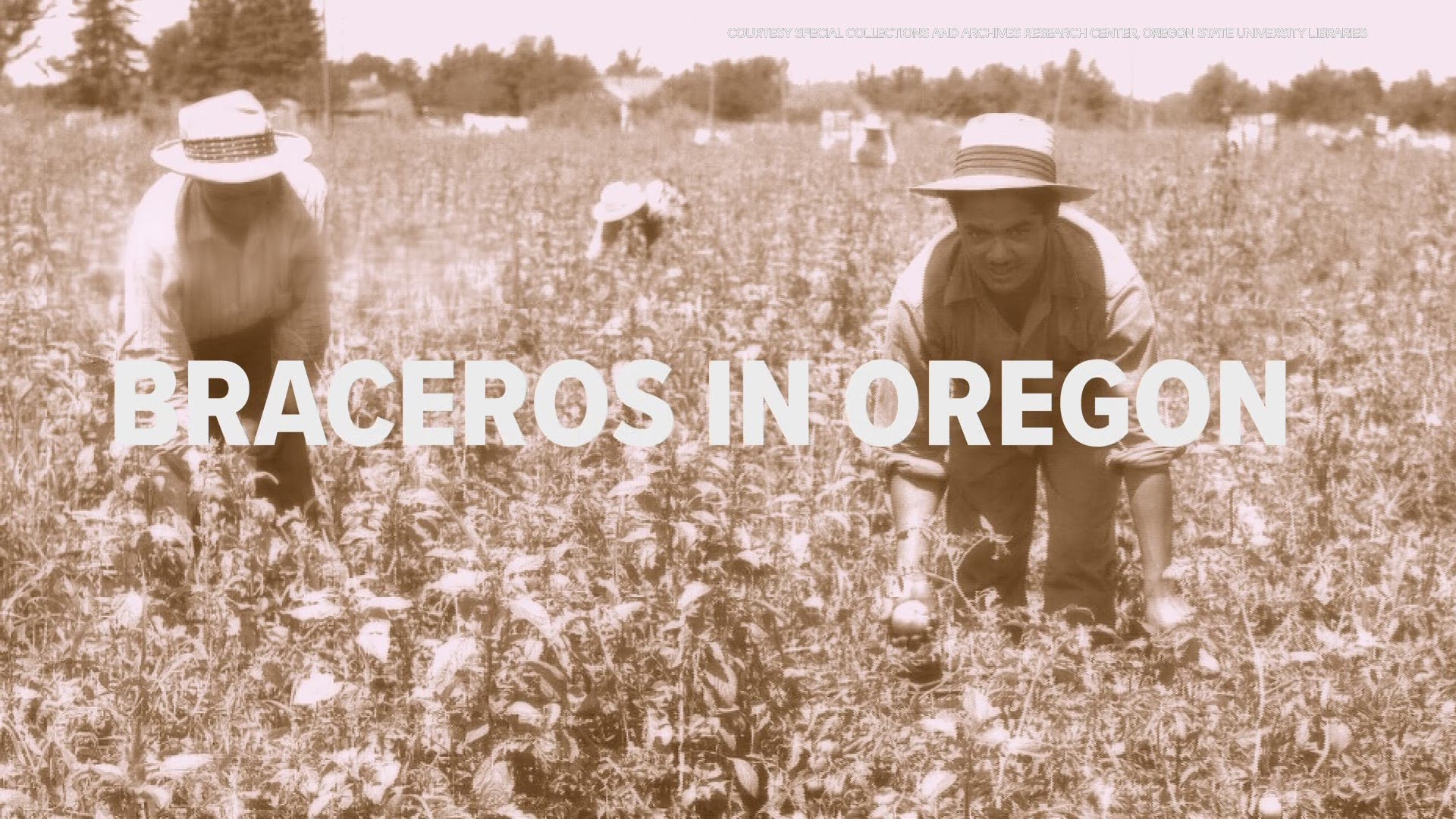 PORTLAND, Ore — In 1942, the United States and Mexico entered into a joint agreement that brought thousands of Mexican laborers into the states to address the agricultural labor shortage caused by World War II.

Known as the Bracero Program, named after the workers — bracero coming from the Spanish term for "one who works with their arms" — more than 15,000 Mexican men worked on Oregon farms from 1942 to 1947.

The contract workers proved to be vital for the greater war effort and helped sustain the agricultural production needed to keep the United States running.

We spoke with Portland State history professor Marc Rodriguez about the bracero experience in Oregon.

Editor's note: Some responses have been shortened for clarity.

Q: What was the Bracero Program and how did it begin?

Rodriguez: The Bracero Program was started in 1942 during a labor shortage in the United States as a result of World War II. And that was a bilateral agreement between Mexico and the United States to basically bring contracted workers into the country.

Braceros went to a lot of places where Mexican farm workers had really never traveled before in significant numbers. So they were going to places in the South like Arkansas and Louisiana, but they were also coming into states like Washington and Oregon and sugar beet harvesting in places like Montana and Wyoming.

And that really kind of created the kernel for a lot of the growth in the community that we would see in the 1960s, 70s and so on. And so a lot of people in the Pacific Northwest trace their roots back to those bracero workers.

Q: How were these workers received when they came?

Rodriguez: It depends. I think the farmers were often really happy to have them because during the war there were a lot of labor needs and labor shortages. I think communities were taken aback in some places. The thing about the braceros is they tended to live in camps. So they lived on the farm in camps and they were all men. They didn't bring their families. And so just imagine a small town in Oregon confronting 800 22-year-old men in town. So sometimes there was a little bit of a learning curve.

Editor's note: Rodriguez next spoke about how braceros remembered that time

Rodriguez: A lot of braceros themselves really looked at these years as some of the best years of their lives. They were young, they were working, they were making U.S. dollars and they were happy to sort of be doing this work. But conditions were tough. I mean, these were tough conditions, you know, if anybody's ever worked at a farm, it's not easy work. But a lot of their reminiscences are positive.

Q: How do you view the lasting contribution of these migrant workers?

Rodriguez: I think one of the things that we often don't see when we look at the produce in our grocery store or the wine on our shelves, is we don't realize that it's not just the family that's owning the farm. It's many of those families that have been working with those farmers for generations that have really allowed us to have basically all the wonderful varieties of wine that we have and fruit that we have and things like that. And so if you're putting produce on the table at home, it's Hispanic workers that are making that possible.