Willamette River is cleanest it's been in decades, city says

According to the City of Portland, it is cleaner than it's been in decades and clean enough for swimming. 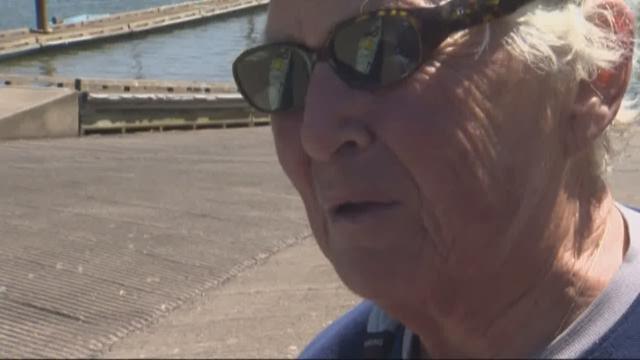 PORTLAND, Ore. -- Just how clean is the Willamette River?

According to the City of Portland, it is cleaner than it's been in decades and clean enough for swimming. The city knows this because it tests the water weekly.

Every Wednesday between the months of May and September, a field technician with the Bureau of Environmental Services collects a water sample from the river. That sample is then tested for E. coli.

So far this summer, the tests have shown bacteria levels well within safe limits.

The safety benchmark is 406 E. coli colonies per 100 milliliters of water.

Last week's tests showed an average of only 6 E. coli colonies per 100 milliliters in the Portland area.

"We are here to answer a question people commonly ask and that is, 'Is it really safe and clean to go into the Willamette River either swimming boating or kayaking?' and the answer is yes," said Diane Dulken, spokesperson for the Bureau of Environmental Services.

But even though the water is cleaner, it is still colder than it normally would be this time of year. Also, the current is still very strong.

Emergency responders advise anyone swimming in the river to do so with a buddy, and at the very least bring a flotation device, if you don't chose to wear one.

"The fact of the matter is,when people get in trouble, there's very little time for us to actually affect a rescue," said Lt. Rich Chatman with Portland Fire & Rescue. "So if the people right there aren't able to perform some kind of rescue or at last throw them something that will allow them to float until we can arrive, they're not going to make it."

The city has been conducting the water quality tests for the last five years. The public can track the test results on the city's website.