"I didn't like that," said Bryce said about learning he had 21 months to live. "That was a pretty stinky prognosis." 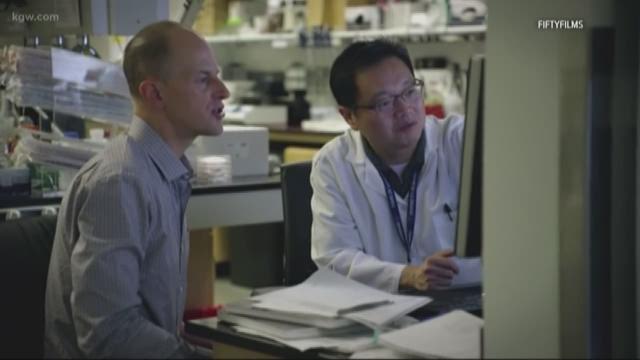 PORTLAND, Ore. -- A man who outlived his cancer prognosis says it's all due to finding his genomic sequence.

Bryce Olson is a runner. He hadn’t been to a doctor in five years, because he never got sick. But on a spring day in 2014, he just couldn’t take another step.

“Halfway through the run, I just fell down and collapsed,” Bryce said, “I was crying. I couldn’t believe it. It was surreal.”

That was the day Bryce learned at age 44 that he had stage 4 prostate cancer. It was already in his bones.

“Mine was like one of the most aggressive cases they’d ever seen at OHSU,” he said.

“I didn’t like that,” said Bryce. “That was a pretty stinky prognosis.”

If you do the math, you know Bryce beat those odds. Traditional chemotherapy bought him a little time, but not enough. Luckily, Bryce is the global marketing director at Intel’s Health and Life Sciences group, and that’s where he learned two words that would not only change his life, but save it: “sequence me”.

“I went to my doctors and I said, 'Sequence me! Genomic sequence me so we can understand what is fueling my disease,'” Bryce said.

The molecular testing revealed his cancer cells' unique DNA footprint and opened the door for Bryce to join a new clinical trial. The treatment has shut down his cancer for two years. Now he is on a mission.

Bryce wrote songs, then recorded them with the help of renowned Portland musicians. Among them, Jenny Conlee of “The Decemberists,” Martha Davis of “The Motels,” Pete Krebs and Michelle DeCourcy. Then he took the project to Consano, a crowdfunding platform for vetted medical research, based right here in Portland.

In no time at all, Bryce raised $40,000 to expand a new precision medicine trial at OHSU. And he’s already starting another campaign. He said he realizes all the talk of genomes and DNA can sound complicated. But the message in his music is simple: “Anybody out there that has advanced cancer and is running out of options, go demand genomic sequencing.”

“Demand it and then ask your doctor to take that data and find you something new. It’s that simple."