PORTLAND, Ore. — May is Skin Cancer Awareness Month, and some 5 million cases will be diagnosed in the United States this year. Most will be spotted by doctors or dermatologists. But a local man is alive today because of a trip to the dentist.

Shawn Montgomery is a former Marine and a student at Portland Community College’s Sylvania campus. He stopped by the dental program about a year ago.

“I came in under the veteran’s program and was offered a free teeth cleaning for veteran students here,” Montgomery said.

Kayla Roxey was just finishing up her dental hygienist training when she saw Montgomery. But it wasn’t his teeth that bothered her.

“We are taught to note everything on the head and on the neck,” Roxey said. And she didn’t like the look of a tiny spot on Montgomery's cheek.

“It just looked like a clogged pore or like a blackhead or something. It was super dark though and kind of had some shadowing around it,” Roxey said. She brought it to the attention of the dentist, Dr. April Love.

“It was just a little black spot,” Love said. “I must say that I’m not even sure. It was a subconscious reaction saying, 'Whoa, you better get that looked at.' "

Montgomery did see a dermatologist — eventually.

“I waited about another two months, cause I’m a guy,” he said. "Procrastination is my strong suit. They did a biopsy and then came back and told me it was melanoma.”

There are three types of skin cancer. Melanoma is the most deadly and affects more than 44,000 Americans every year. The other two types — basal cell and squamous cell carcinoma — are more common but also generally less dangerous than melanoma.

Montgomery didn’t think much of it, until it took three tries to get all the cancer.

“I think there were 44 stitches altogether. People say I look like Carrie Underwood," Montgomery said with a laugh. 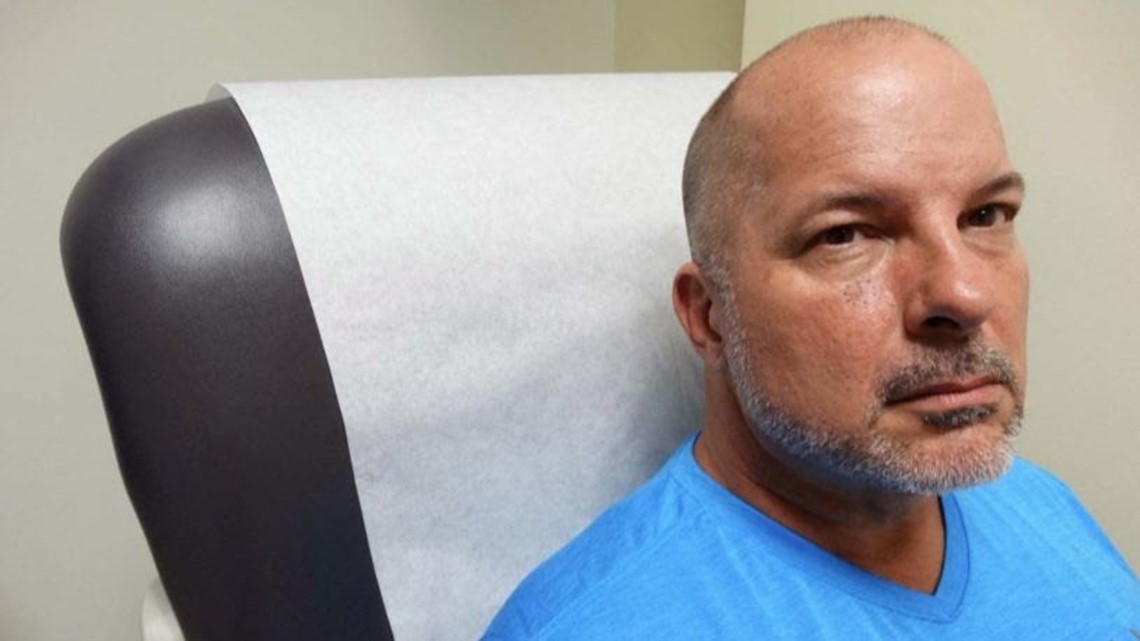 Montgomery has come though it with a sense of humor and a sense of gratitude. Recently he sent a letter to the PCC dental program.

“I wrote a letter and thanked Dr. Love and Kayla and everybody at PCC,” he said. “I don’t know what would have happened but I know that I am here today because of P.C.C.’s dental program and the standards they set.” (Story continues below)

As for Love and Roxey, they're just happy everything turned out OK.

“I feel really good that Kayla brought it to my attention,” Love said.

“I’m just happy that it was caught and that everything was taken care of soon," Roxey added.