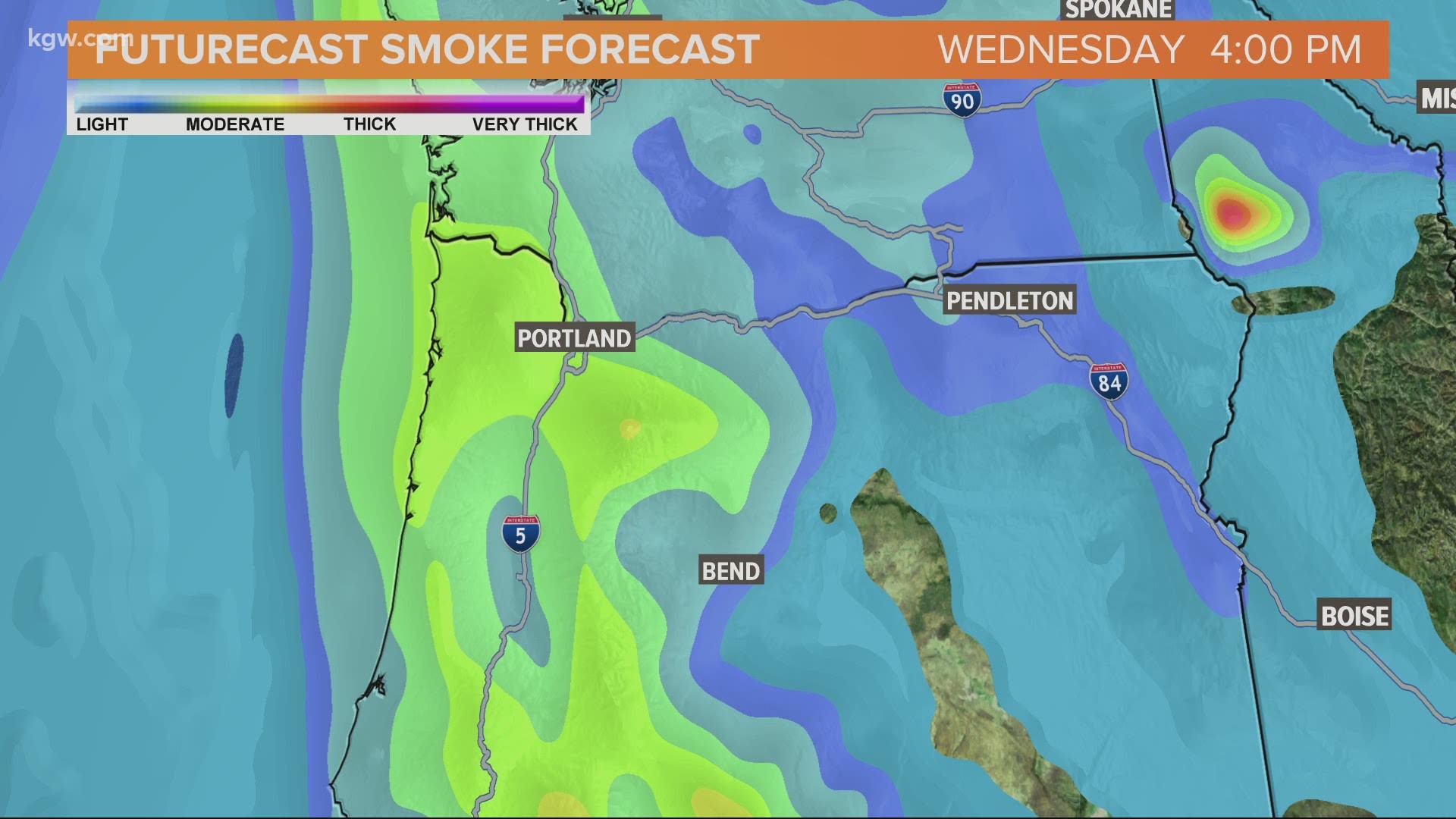 PORTLAND, Ore. — Wildfire smoke from California arrived along the Oregon Coast and started to push over Portland on Tuesday.

Firefighters in California are battling multiple wildfires, including the massive Thomas fire, which is burning in Ventura and Santa Barbara counties. The Thomas fire is the second-largest in 85 years of recorded California history, according to the Associated Press.

KGW meteorologist Matt Zaffino said the smoke should stay elevated. That means air quality will likely remain good to moderate, even though the sky will be hazy.

Check the air quality where you live

California wildfire haze has arrived, skies will be partly to mostly sunny the next few days with warm temps in the 80s. Still no rain in sight until late next week. pic.twitter.com/vyL5eRlIbe

Air quality in the moderate category would mean certain people, especially those who are unusually sensitive to air pollution, could be at risk.