Children under 6 years old should avoid the tap water, in addition to people with compromised health. 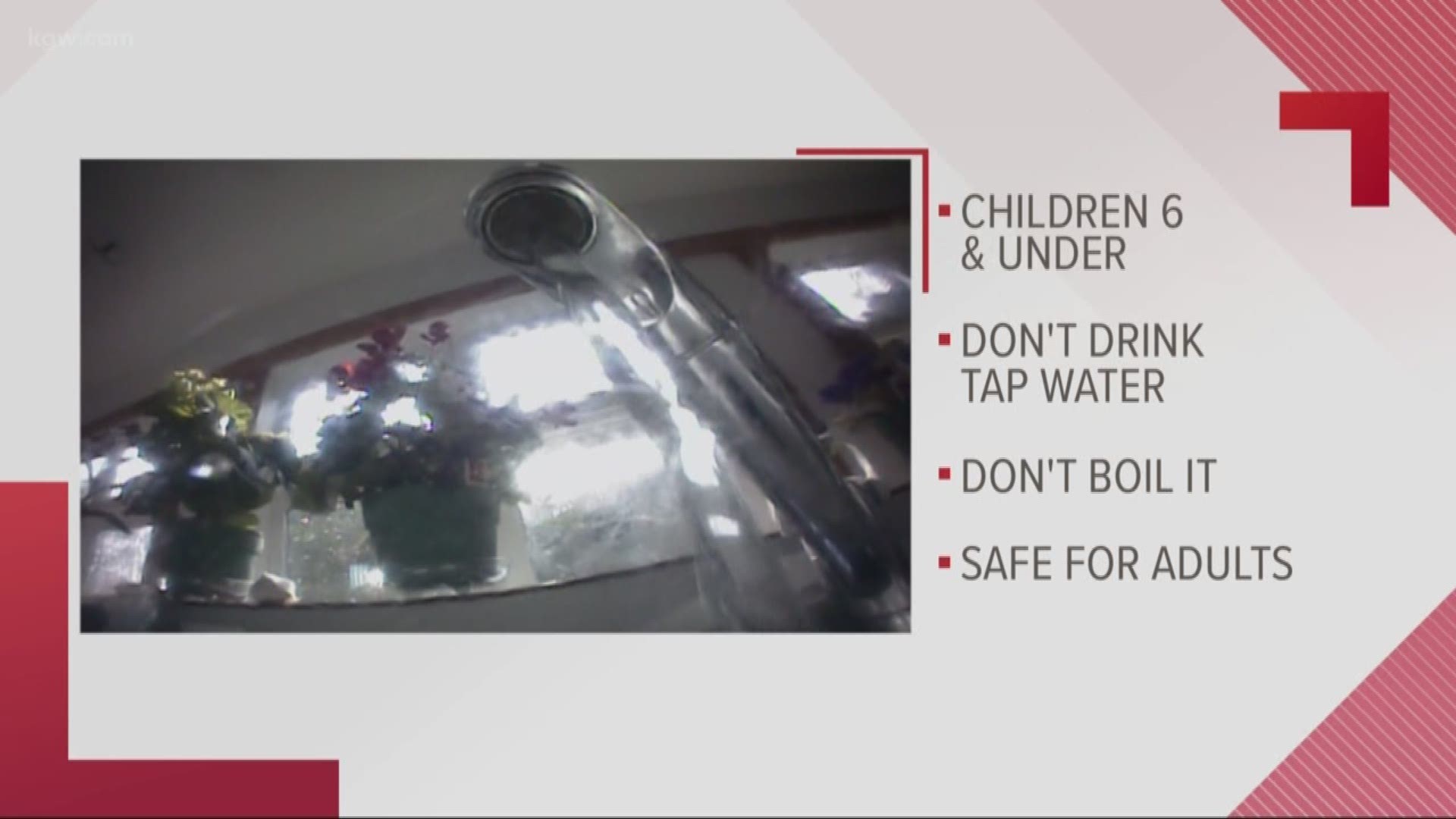 SALEM, Ore. -- Low levels of toxins caused by algae blooms in Detroit Lake have been discovered in Salem's drinking water, prompting officials to warn parents not to give tap water to children under 6 years old.

People with compromised health and immune systems also are being told not to drink tap water.

Other affected cities include Turner and Stayton.

Bottled water should be used for drinking, making infant formula, making ice and preparing food and beverages for the affected groups, officials said.

More: Officials hands-off as Salem runs out of bottled water during supply contamination

Salem-Keizer Public Schools will offer bottled water for students who are pre-K through first grade, district officials said Tuesday afternoon. This water will also be given to students who are medically fragile and students and staff who are nursing or pregnant.

Bottled water will not be provided to schools in Keizer because the city's water comes from a different supply and is not be affected.

Salem-Keizer officials said they will adjust how school meals are prepared until the water no longer poses a threat. Students are still able to wash their hands, as long as the water is not blue or green, said Lillian Govus, a spokeswoman for the district.

Govus said the district had already secured 100,000 water bottles to deliver to schools.

By Tuesday evening, grocery stores across Salem were already reporting a growing shortage of bottled water following reports of the fouled water supply.

From WinCo Foods to Safeway, the amount of bottled water was dwindling or already gone, store officials said at multiple locations.

The toxins originated with algae blooms first detected last week in Detroit Lake. That water continues down the North Santiam River, which becomes the Santiam Canyon and City of Salem's drinking water source.

Salem’s drinking water was tested May 23 and 25. Results confirmed the presence of cyanotoxins in the drinking water above acceptable levels for children and those in compromised health.

“We’ve had no reports of health impacts so far,” said David Farrer, with the Oregon Health Authority. “In the latest tests, the concentrations have been below the threshold for adults, but above the threshold for younger kids.

“The way the symptoms develop, it would be pretty similar to a stomach bug or food poisoning. It would include a lot of vomiting."

The advisory was extended for an unspecified period when new test results came in on Thursday.

Algae blooms in Detroit Lake are common in the late spring and early summer. But the algae blooms observed this year appear to be more widespread and potent.

Three toxic blooms were identified in locations around Detroit Lake on May 23 and 25 — at Blowout Arm, Heater Creek Arm and near the dam.

The bloom in Blowout Arm had the highest concentration of toxins, Oregon Health Authority officials said.

A liver toxin called "microcystin" was tested at 48.21 parts per billion in that location. A health advisory is triggered when levels are 4 parts per billion. Levels were lower, but still highly elevated, on May 25.

Downstream, in the North Santiam River, tests also revealed elevated levels of toxins. Tests on May 23 showed the toxin cylindrospermopsin at 6.9 parts per billion — above the safe threshold even for adults.

By the May 25 test, levels had dropped to 1.9 parts per billion for cylindrospermopsin — safe for adults but not for small children.

Those levels would have been lower by the time it reached people’s taps in Salem, but it was high enough to raise concerns, Farrer said.

It's unclear exactly why algae blooms always seem to pop up this time of year at Detroit Lake, but Hillwig suspects it has something to do with Detroit Lake raising its water level to the summertime "full pool."

"Historically, Detroit Lake is one of the earlier bloomers when it comes to algae, compared to other reservoirs," she said. "It could very well have something to do with the rivers bringing a lot of nutrients into the lake at once."

Drinking water containing cyanotoxins at levels exceeding the national drinking water Health Advisories can put people at risk of various adverse health effects including upset stomach, vomiting and diarrhea, as well as liver and kidney damage, according to the advisory.

Officials said people should seek medical attention if you or family members are experiencing illness.