On July 4, Lyndy Davis set a new world record by running a half marathon in 1:21.38 while pulling her baby behind her in a specialized cart. 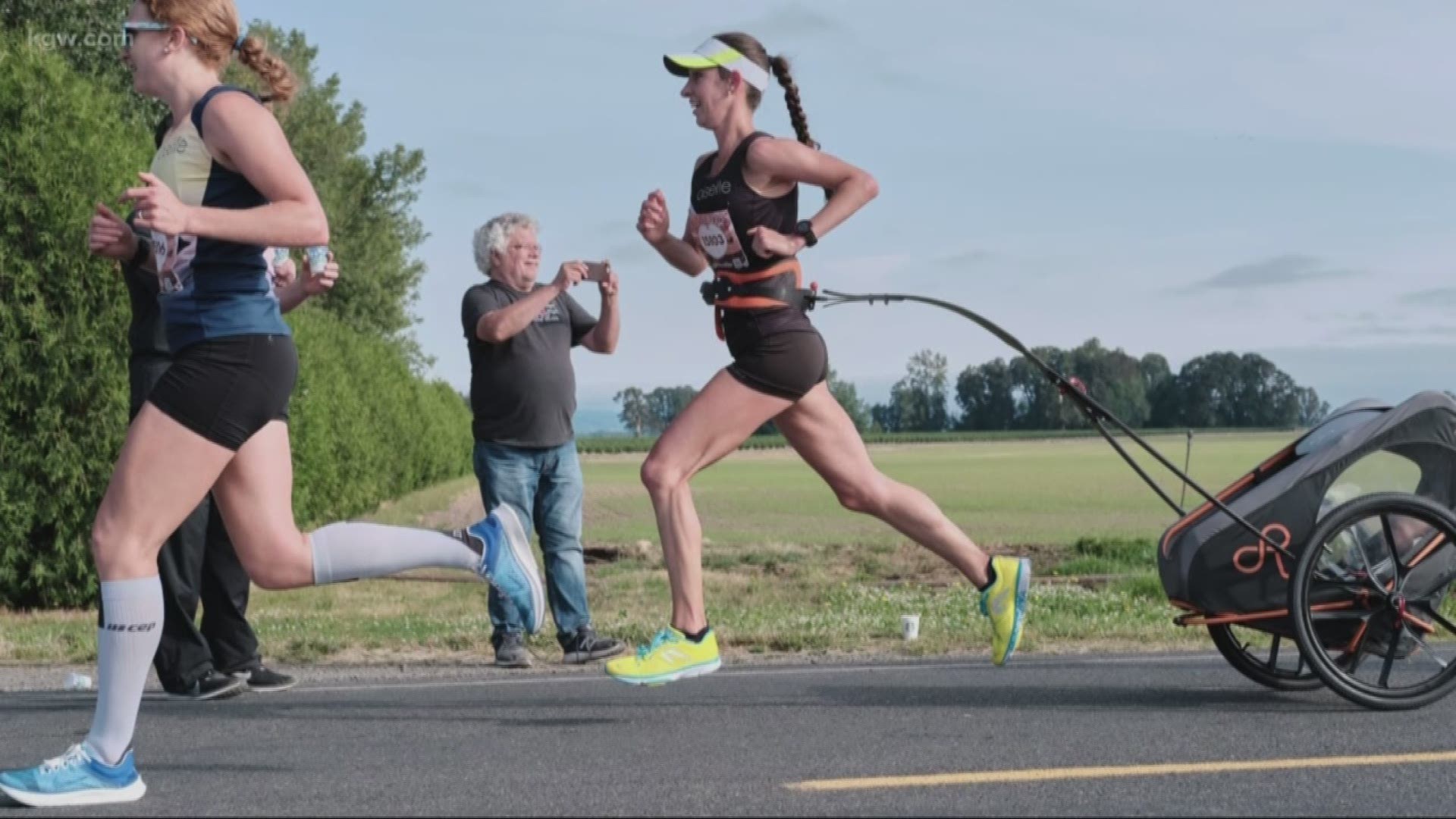 PORTLAND, Ore. — A Portland mom is awaiting approval from the Guinness World Records after setting a new record for running a half-marathon while pulling a baby cart.

On July 4, Lyndy Davis, 29, ran the Foot Traffic Flat Half Marathon on Sauvie Island. She clocked in at 1:21.38 while pulling a 21-pound baby in a 19-pound cart. But Davis' toughest competitor wasn't another runner, it was postpartum depression following the birth of her son, Quentin.

"I really wanted [the record], but once Quentin was born, I didn't think I had a chance," Davis said. "Those first months were just really hard."

For Davis, running isn't just a hobby. Right before she got pregnant, she qualified for the 2020 marathon Olympic trials with a time of 2:39.06. With Quentin on the way, she set her sights on something else, a world record in the half marathon while pushing a stroller.

After what Davis described as an easy pregnancy, things changed. She developed postpartum depression. Quentin wasn't sleeping well at night, and Davis was exhausted. She stopped running and as her dreams faded, guilt set in.

"It was a lot of missing my lifestyle before having a baby," she said.

A counselor helped Davis find her way back. She said the therapist helped her learn that she shouldn't give up her passions completely.

Davis started training for the Foot Traffic Flat Half Marathon. Less than three weeks before the race, she switched from using a running push stroller to a pull-cart system called the Kid Runner, made by a company in Bend.

"I can't express how much it's changed my life with my baby," she said.

Suddenly, running and being a mom didn't feel mutually exclusive.

"Once we started running together and racing, it was everything I ever dreamed of," she said.

"I'm really proud of her," said Rick Lovett, who coaches Davis. "I'm proud of how she talks about [postpartum depression], I'm proud of what she's done about it."

Fighting postpartum depression is still a daily struggle for Davis. She said she hopes other moms know they're not alone, "to not give up on what you love," she said, and to know that one day, they'll also find their stride.