‘The stigma can’t exist if we all just talk about it’: Portland podcasters talk mental health, breaking down barriers 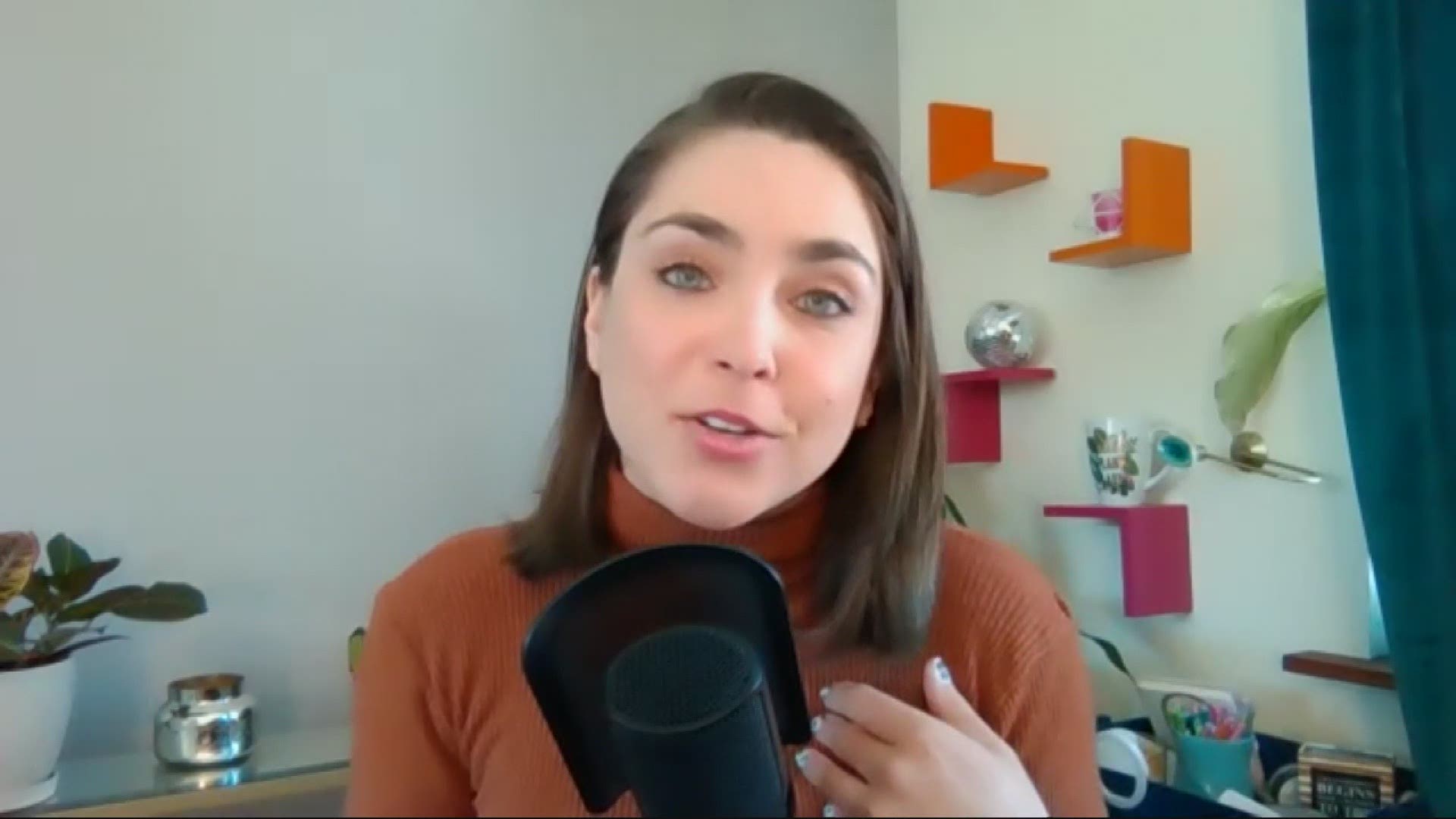 PORTLAND, Ore. — The pandemic has, no doubt, taken its toll on our mental well-being. Since the coronavirus hit, about 40% of Americans say they’re struggling with mental health or substance abuse, up from around 11% the year before, according to the Kaiser Family Foundation.

While more people are collectively feeling that mental strain stigmas around mental illness remain, they can be a big barrier to treatment.

Talking about our mental health can be intimidating and uncomfortable. There is often a lot of shame that comes along with it. However, the pandemic has made it clear that not talking about an issue does nothing to solve it.

“It’s one of the largest barriers, I think, to people getting help,” Psychiatrist Dr. Erik Vanderlip said.

Vanderlip is the chief medical officer for ZoomCare and a physiatrist by profession. He says there are two levels of stigma around mental illness: internal and external.

As more Americans confront their own mental health struggles, those internal and external stigmas remain, preventing people from getting much-needed help.

“My own personal experiences, in working with so many people through mental health problems, is that, oftentimes, they’ve entered the system too late,” Vanderlip said.

To break down those barriers, more and more people are talking about their mental health openly.

Former KGW reporter and host of Tonight with Cassidy, Cassidy Quinn, took her passion for chatting up local personalities to a podcast called Mentally Together.

“Mentally together, because whether you can see it on the surface or not, we are all just trying to keep ourselves mentally together. And no matter what our brains are experiencing, we’re not alone, we’re together,” Quinn said.

She is opening up about her own depression and anxiety while inviting others on the show to do the same.

Each guest lets their guard down to get vulnerable about their mental health.

“Seeing other people struggle and feeling like I can relate and that I’m not alone keeps happening to me on every episode of the podcast and so, I hope that it can keep doing the same for other people too,” Quinn said.

“My biggest goal, honestly, is that we completely get rid of the stigma around mental health, and in order to do that you have to keep changing platforms,” Hamilton said.

Her podcast Beyond Well with Sheila Hamilton digs into mental well-being, the shared experience of struggle and expert insight on solutions.

Hamilton lost her husband to suicide and wants to help others find early intervention.

“I really believe that we could be eliminating three-quarters of the psychiatric visits if we caught people early on in the stress if we taught them how to offload of the pressure on their brain,” Hamilton said.

A Centers for Disease Control report surveyed adults in June 2020, finding 31% of respondents reported symptoms of anxiety or depression, 13% reported having started or increased substance use, 26% reported stress-related symptoms and 11% reported serious thoughts of suicide in the past 30 days.

“I’ve seen a number of people that we were seeing before who are worse, people we’ve never seen before coming in because they’ve got new problems,” Dr. Vanderlip said from his own experience working with patients.

“I think a lot of people this past year have gotten a little bit of an understanding of what it feels like to struggle mentally on a daily basis,” Quinn said.

That collective mental angst, while devastating, has opened up more understanding and comfortability confronting our own mental well-being through things like podcasts.

“It’s highlighted those cases and a lot of people have been able to resonate in a way and connect with others that they’ve never been able to before,” Vanderlip said.

“My whole belief is, normalizing the conversation, making everyone realize that at some point in your life you will have this kind of stress on your brain and it’s great to have the skills to know what to do and then really supporting the people who are struggling the most,” Hamilton said.

Talking about it in a podcast or simply one-on-one with a friend can be the beginning of finding real help and healing.

“The stigma is huge, it’s real,” Quinn said. “But I think it is slowly but surely shrinking. Just the more we have these conversations. The stigma can’t exist if we all just talk about it.”

From podcasts to apps and telemedicine, there are more remote resources available than ever.

Dr. Vanderlip suggests the apps Mindspace and Calm. Before deciding which app is right for you he recommends checking out this website for some things to consider: https://www.psychiatry.org/psychiatrists/practice/mental-health-apps.

You can find the Mentally Together podcast on Spotify, Apple Podcasts, and Google Podcasts, as well as Cassidy's YouTube Page.

Check out Beyond Well with Shiela Hamilton on iTunes or Spotify. Learn more about her books, and advocacy work at sheilahamilton.com.