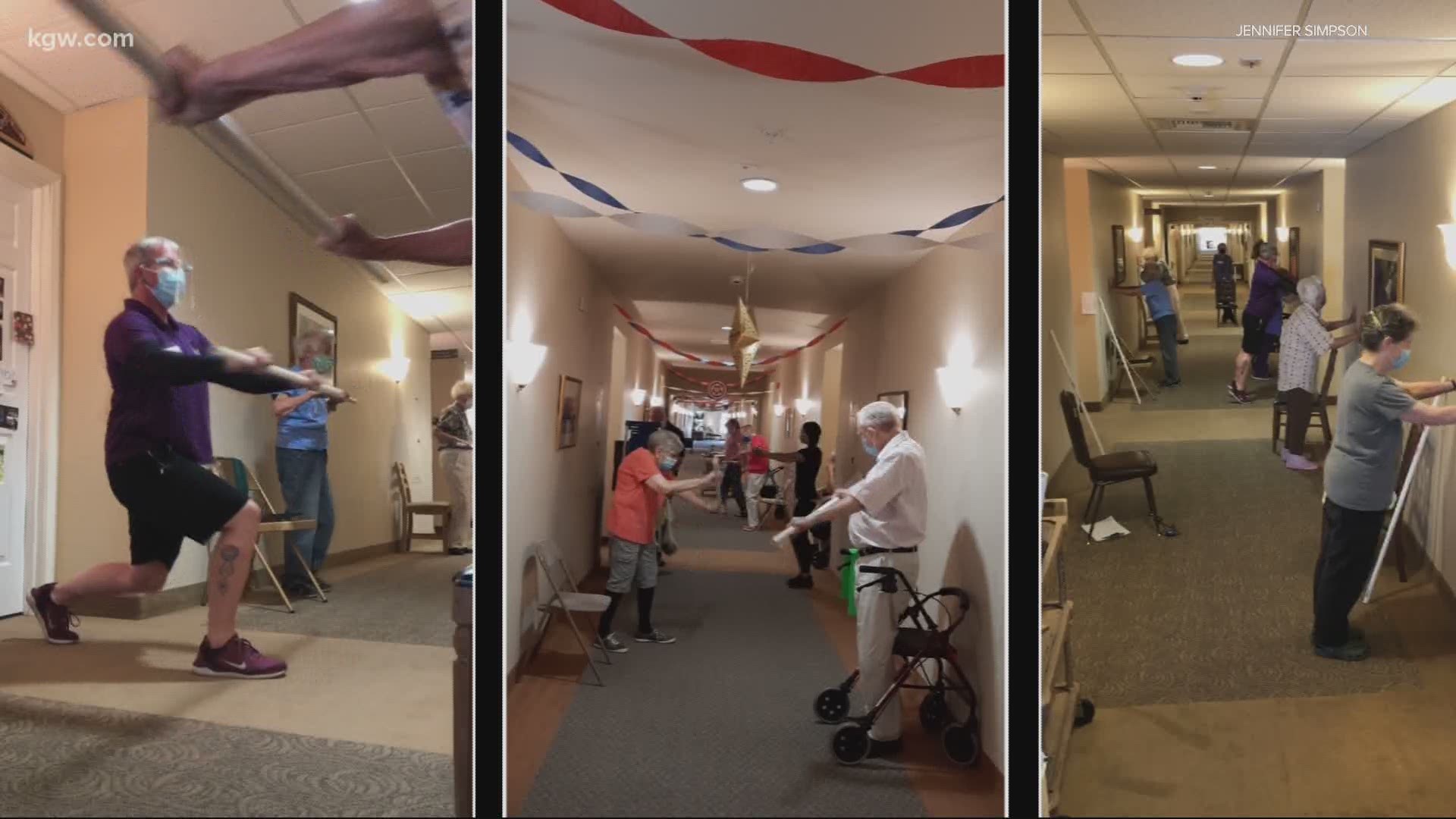 PORTLAND, Ore. — You don't have to be an athlete to join Jennifer Simpson's workout classes, just a resident at Cherrywood Village, a retirement community in Southeast Portland.

Simpson has been a personal trainer for 18 years, spending 17 in what she calls the "gym world." Last July, she took a job working with residents of a retirement community.

"I've worked with athletes, the everyday population, but with this population the reward is just phenomenal," Simpson said

Back in March, when the COVID-19 pandemic hit, residents weren't allowed to have visitors. Group activities were canceled. Exercise classes normally held in groups, were done solo inside their own room by watching an exercise routine on TV.

Simpson said, after a month, physical and mental health started to decline.

When Multnomah County moved into Phase 1, that meant more freedoms for the staff and residents at Cherrywood Village. Instead of solo workouts in the room, Simpson brought them into the hallways for workouts in small groups down the hallway corridors. 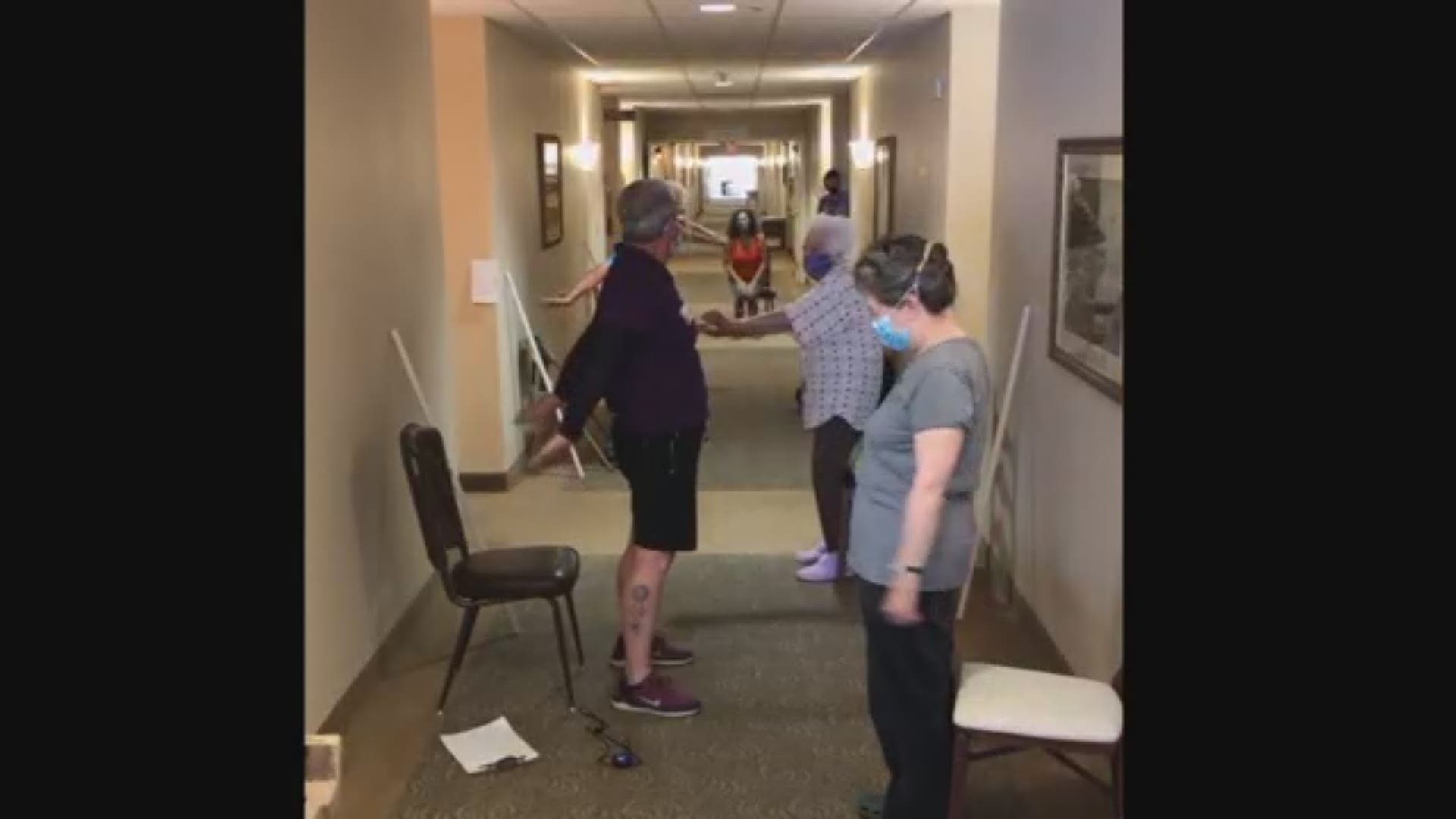 "People are out there smiling and laughing," Simpson said. "There's nothing more important or better that I could be doing with my residents then taking care of them the way that they deserve."

A few days a week Simpson holds a 30-to-40-minute workout that consists of exercises such as squats, lunges, wall push-ups and other exercises the residents can do at their own pace and ability.

RELATED: 'Maintaining a sense of humanity': Fitness for all in a new world