The scientists said they do not yet know if the high number of chemicals is the direct result of Hurricane Harvey, but they will be doing more tests to find out. 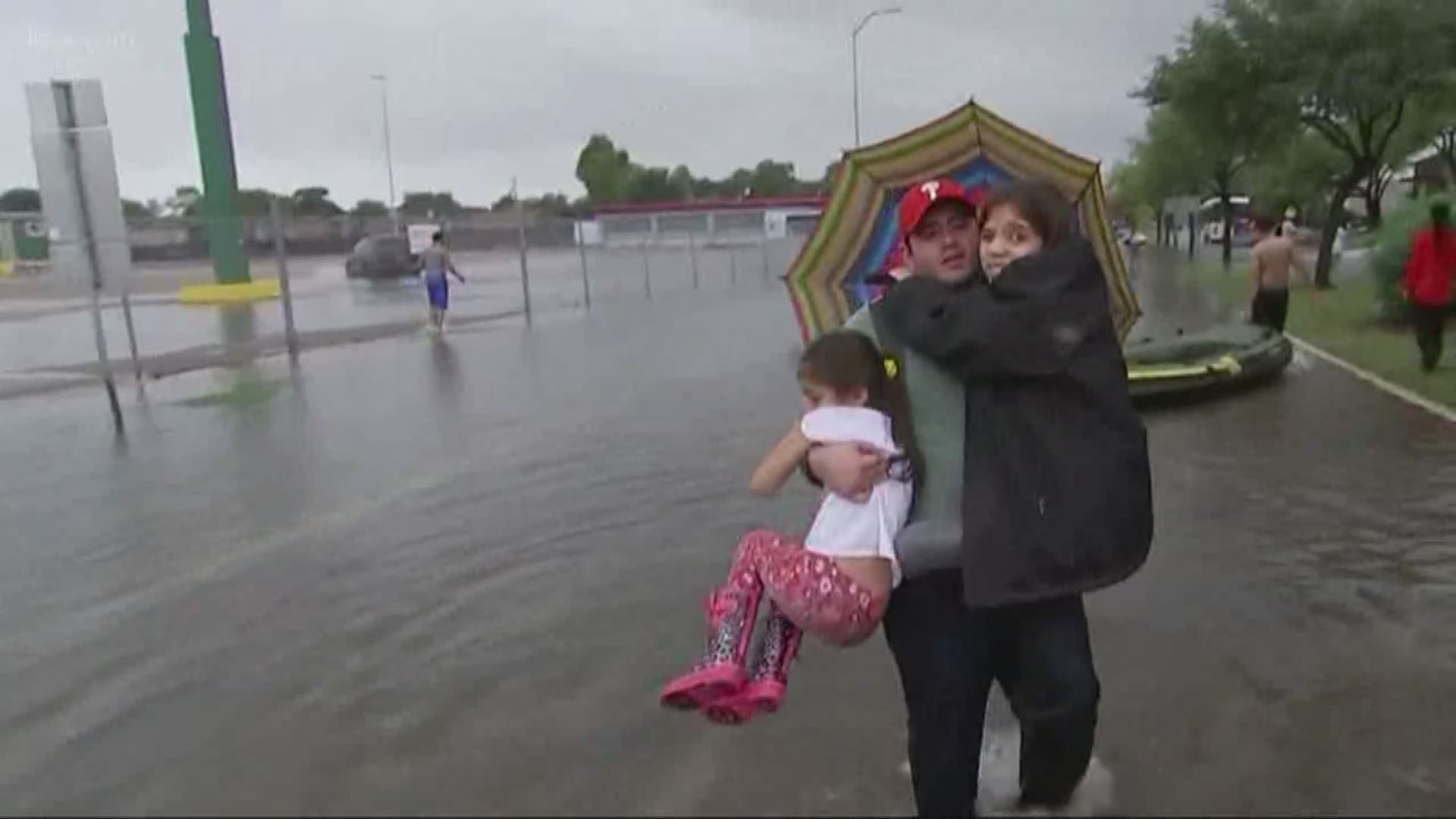 Many residents worried those floodwaters had swept toxic chemicals into their neighborhoods.

It was a concern shared by scientists from Oregon State University.

So in the weeks following the hurricane, they flew down to Houston and passed out hundreds of special chemical absorbing wristbands. Participants wore the wristbands for one week.

Related: Wristband tracks chemicals you're exposed to, and how they affect you

Thirty-two of those participants lived in the Highlands area of Houston near a flooded Superfund site.

After wearing the wristbands, the participants sent them back to researchers at OSU, who were able to extract the chemicals from the first set.

The findings revealed the residents were being exposed to an unusually high number of chemicals.

"The number of detections we’re seeing in Houston are the highest amongst that cohort," said Hoffman.

As for what those chemicals are?

"We're seeing, for the most part, people are exposed to endocrine disruptors which is a very large class of chemicals... they're found in personal care products, there found in pesticides, flame retardants," said Dr. Diana Rohlman, assistant professor and senior researcher in the College of Public Health and Human Sciences.

These are chemicals that have been linked to serious health risks such as cancer.

The second most common chemical found was phthalates, which are often found in plastics and, in studies, have also been linked to cancer.

The scientists said they do not yet know if the high number of chemicals is the direct result of the hurricane, but they will be doing more tests to find out.