Child welfare advocates and law enforcement in Oregon believe abuse is still happening, and want the community to be part of the solution. 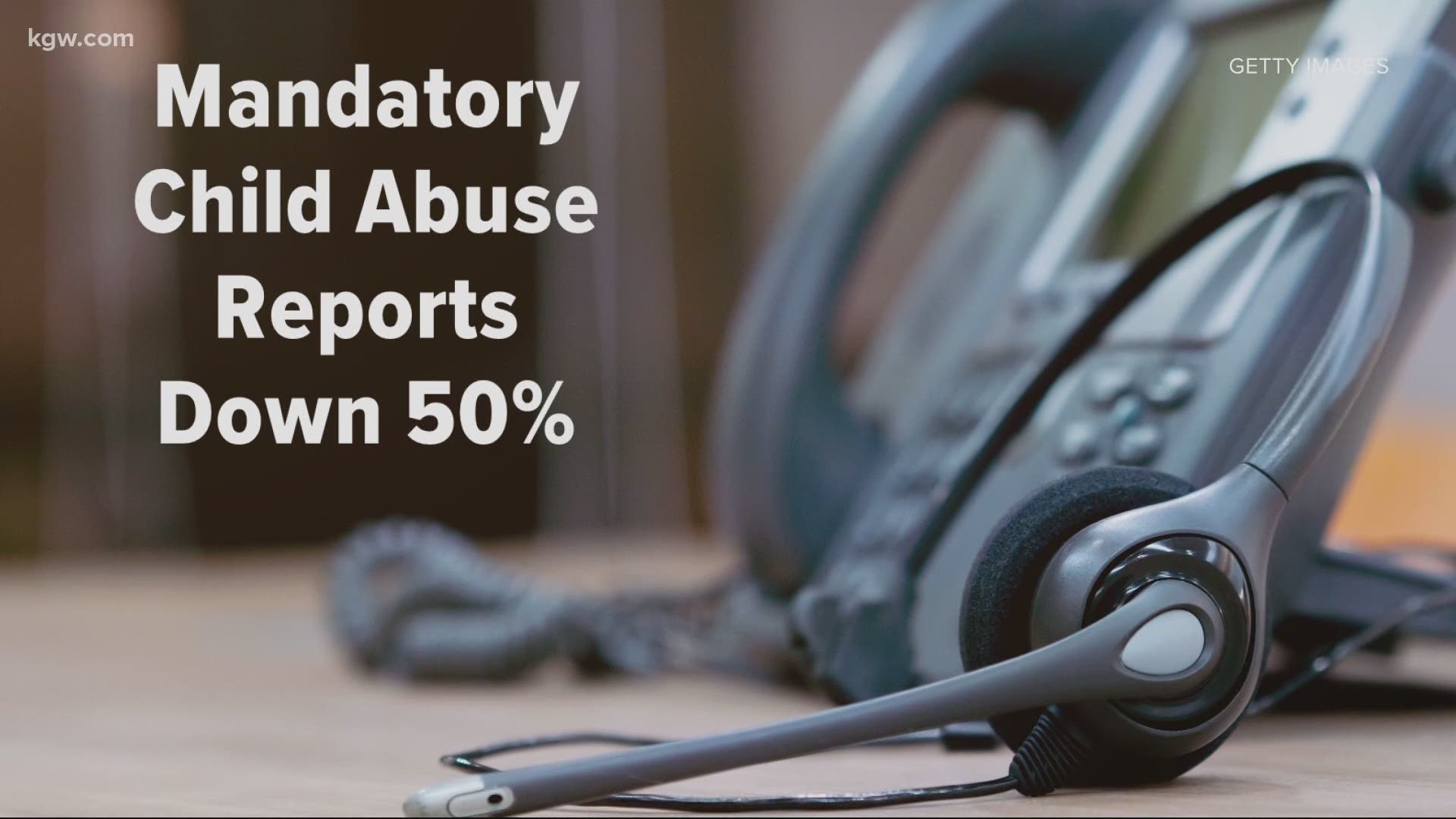 Before COVID-19, the center saw about 30 children per week for evaluations.

"After COVID, in that first week, we saw four children," Dowling said. "It would be like at CARES NW, every two weeks [before COVID], having a school bus of children show up at our door who need child abuse medial evaluations. And then after COVID, it would be like a minivan pulling up."

"We knew that child abuse didn't suddenly stop or drop by half," Barton said. "And we knew if anything, social isolation and stress likely increased the number of times when children were exposed to abuse or neglect."

CARES NW and Washington County attribute the drop in reports to March's stay-at-home orders and an abrupt end to classroom learning. Teachers account for about half of mandatory calls to the abuse hotline.

Sheriff Pat Garrett said child abuse calls were up 10 to 15% in January and February, before the sharp drop in April and May. Garrett explained the biggest unit of his office investigates child abuse.

"We're just really asking for the community to step in and to be aware of those warning signs," Garrett said, warning of exacerbated concerns during stay-at-home precautions. "The opportunity for abuse goes up and that can be magnified if the abuser is out of work, under stress or some other related factors."

Garrett acknowledged it's difficult to know what's happening behind closed doors, but encouraged people to be aware of children with physical injuries, or those trying to avoid home and certain friends or relatives.

"It's really rare to have stranger-on-stranger abuse," Barton said. "Usually it's a family member or a friend or a relative of some type."

Barton said from his experience prosecuting abuse cases and other crimes, he knows catching trauma signs early makes a difference into adulthood.

"The more bad stuff that happens to you when you're a kid that goes unresolved and untreated, the greater the likelihood is that there may be some negative consequences that you have to deal with as an adult," Barton said. "Things like drug use, or homelessness, or addiction problems, or criminal behavior, or trouble holding down a job."

Although abuse reports are down, CARES NW is expanding ways to reach vulnerable children. It has expanded online video counseling and text chats with therapists. In some cases, the distance helps victims communicate more freely.

"A new way to communicate and share information that may be really difficult to share," Dowling explained.

With COVID-19 likely remaining on the map for a while, CARES NW urges everyone to be part of a solution to report child abuse.

"Coming together is really the best thing we can do to address those trauma symptoms," Dowling said.

RELATED: During pandemic, communities asked to be watchful for signs of child abuse, neglect