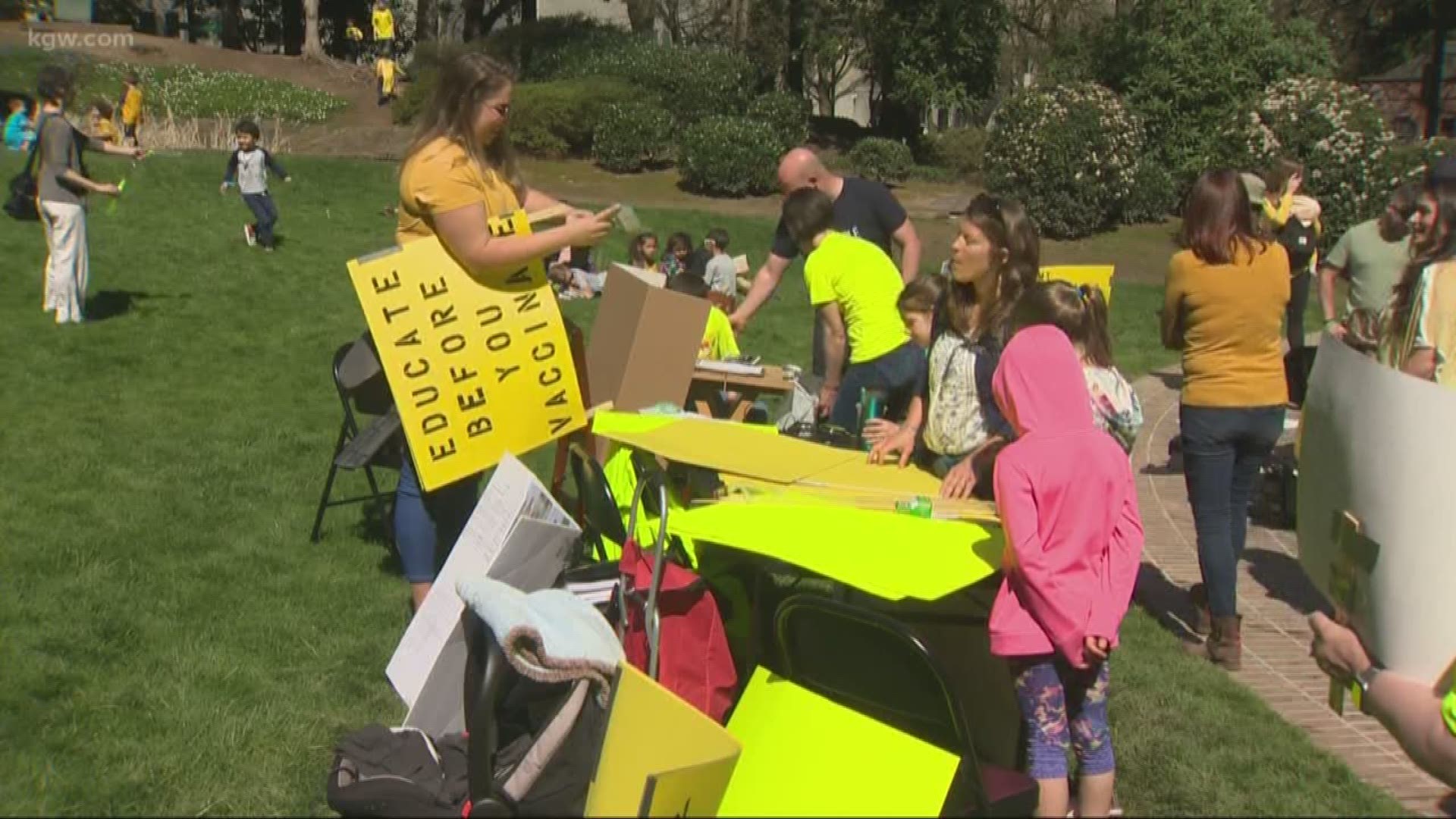 Lawmakers voted 35-25 Monday to prevent parents from claiming personal, philosophical or religious exemptions to avoid school vaccine requirements. The issue's proven one of the most controversial this legislative session and has drawn hundreds of parents in protest.

Opponents say the state shouldn't interfere in individual medical decisions and that the safety of vaccines is still up for debate.

This year has been the worst for U.S. measles count in over two decades. At least 77 people were diagnosed with measles as part of an outbreak in Washington and Oregon that public health officials declared to be over last week.

If passed, Oregon would join California, Mississippi and West Virginia in only allowing medical exemptions. Washington state voted this also year to limit exemptions for the measles vaccination.