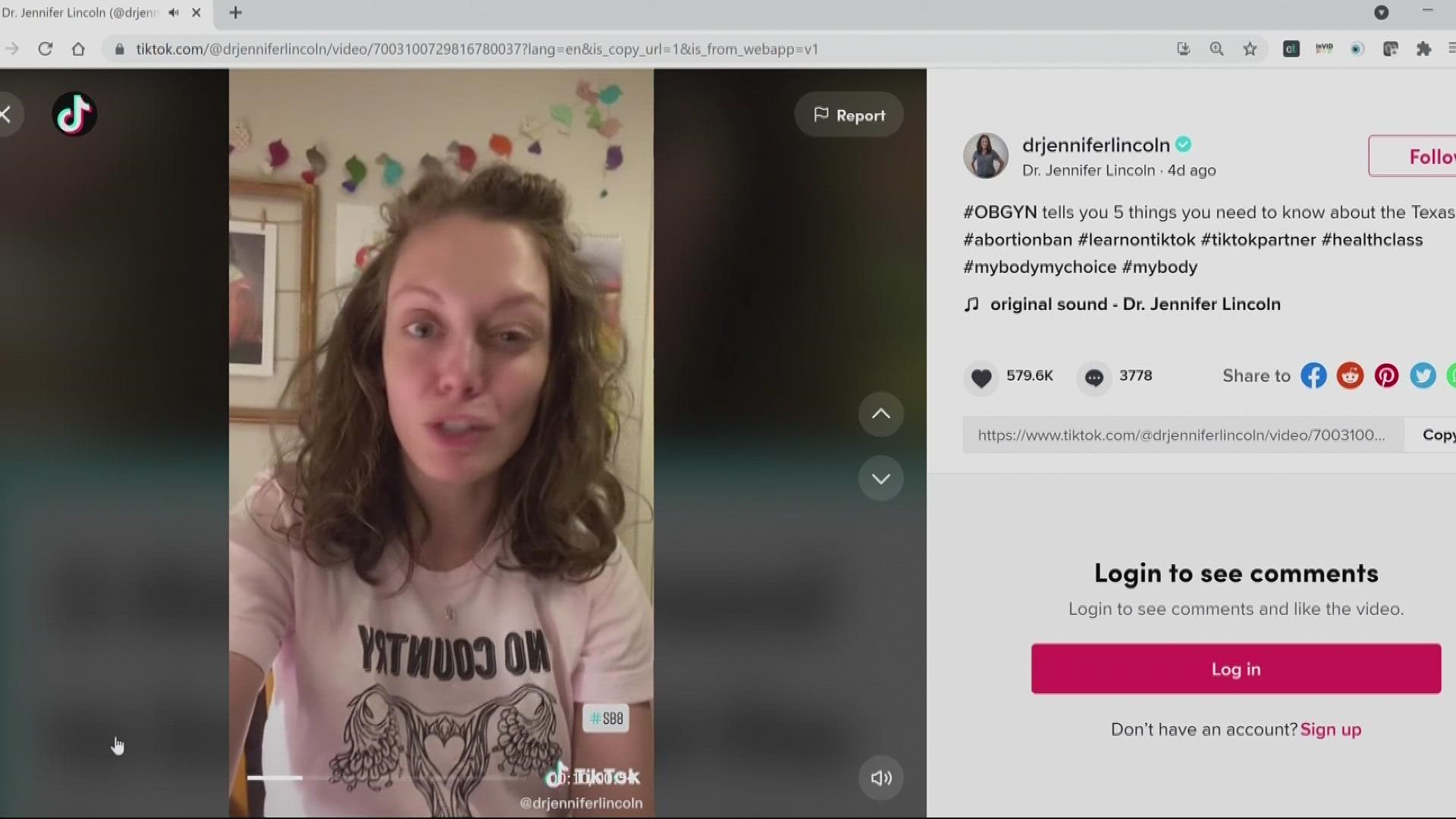 PORTLAND, Ore. — A well-known Portland doctor who specializes in women's reproductive health is criticizing a new abortion ban in Texas, working to share facts about abortion and women's health with her more than two million TikTok followers.

Dr. Jennifer Lincoln is an OB-GYN.

"This will not decrease abortion rates," Lincoln said of the new Texas law. "It will just decrease access to safe abortion."

The law went into effect last week after the U.S. Supreme Court ruled 5-4 not to strike it down.

It is the strictest law of its kind in the country, banning all abortions after fetal cardiac activity is detected, typically about six weeks into pregnancy.

"The majority of people don't know they are pregnant by six weeks," Lincoln explained. "I would love for [these politicians] to come hang out with me, just for a shift of labor and delivery to see the sort of emotionally and physically taxing things we see."

The law does not provide exceptions for rape, incest or domestic violence victims.

The controversial ban also incentivizes everyday people to report anyone who assists in getting access to abortion. Some exceptions exist for women with severe health issues.

"I can guarantee you providers will interpret it very conservatively for fear of being prosecuted and not being able to practice," Lincoln said.

RELATED: No, Texas’ heartbeat bill does not allow abortions in the case of rape or incest, but makes an exception if the mother’s life is in danger

People who are caught helping a woman gain access to abortion in Texas face up to $10,000 fines. That goes for family members, providers, even ride-share drivers.

Uber and Lyft have already pledged to cover legal costs of their drivers if implicated in lawsuits.

RELATED: Yes, private citizens are tasked with enforcing the new Texas abortion law and could be awarded $10,000

Lincoln said she does not intend to change minds of people who are anti-abortion, but wants to encourage people to respect others' difficult health choices.

"Pregnancy and childbirth are not low-risk situations. And to see people trying to legislate this completely without a medical background, it evades the patient-doctor relationship," Lincoln said. "Your beliefs are your beliefs, and other people may choose otherwise, and we can all coexist."