"I'm breathing this gas and I'm like 'oh this is fine' you know you don't feel any pain," said patient Cheryl Passarelli. 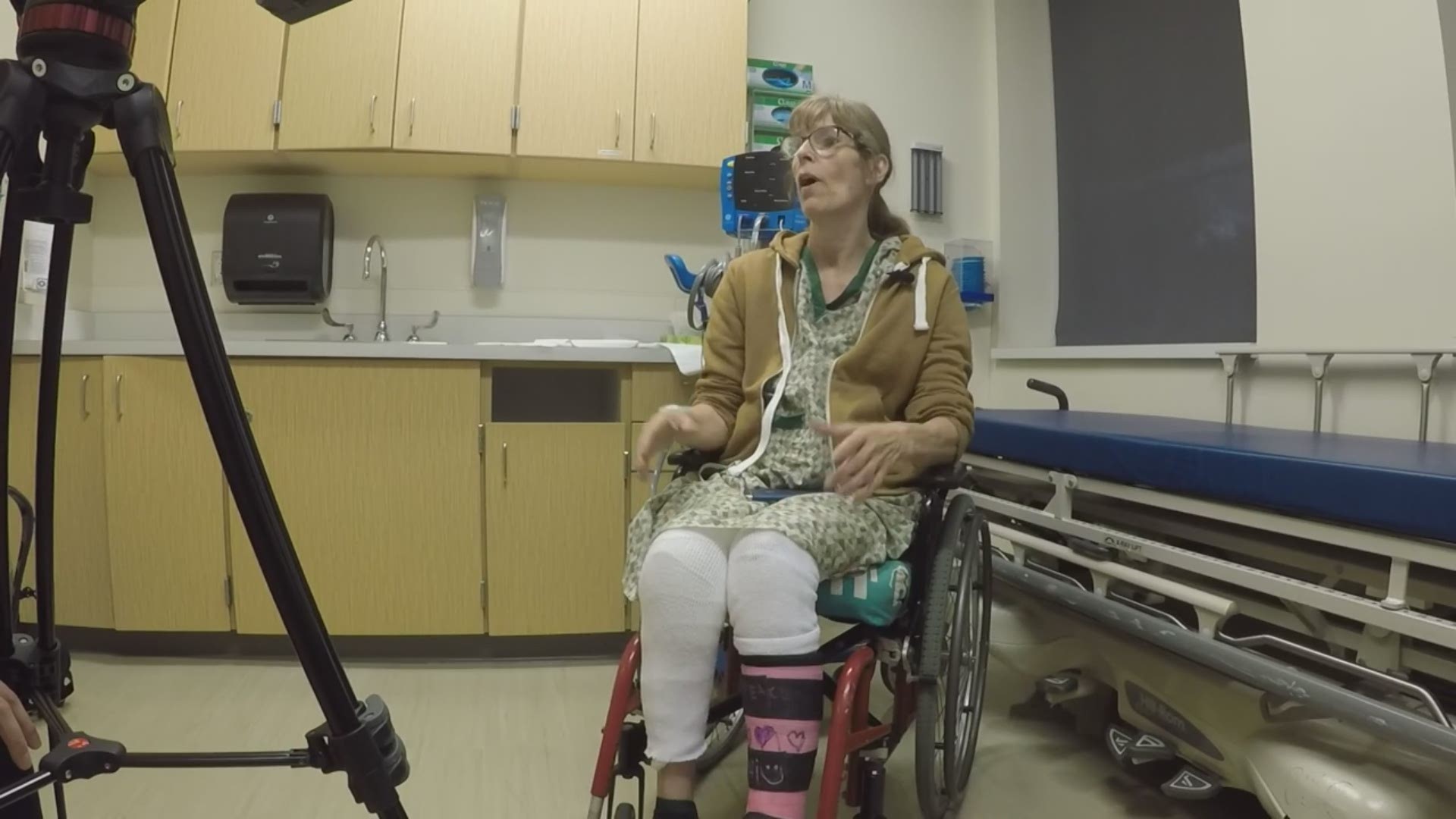 PORTLAND, Oregon — Burn patients suffer excruciating pain during treatment but at the Legacy Oregon Burn Center, they are offered alternative ways to make it through.

With a goal of keeping opiate-based treatments to a minimum, patients can choose to try hypnotism, laughing gas or virtual reality to help them cope with the pain.

Earlier this month, Cheryl Passarelli was boiling water on her stove when it spilled. "It dumped down on my lap and gave me first, second and third-degree burns," she said.

The pain was immediate and intense and she was in for more as treatments began, especially when the burns were cleaned. At first, she was offered strong medications for the pain, but along came an alternative to those opiates.

"They asked me if I'd like to try laughing gas, nitrous oxide, and I said 'sure I'm up for it,'" Passarelli told KGW.

She was skeptical at first, but that thought quickly went away.

"I'm breathing this gas and I'm like 'oh this is fine' you know you don't feel any pain. Or if you do, you're just like 'oh I don't care because that laughing gas makes it feel better,'" she said.

Dr. Nik Eshraghi, the director of the burn center, says there is no reason not to try the alternative methods.

"We believe anything to help patients have a better experience and less pain helps them not only cope now, but it can prevent a lot of future problems such as anxiety, fear, long-lasting psychological problems that people suffer when they are in a painful, stressed situation," said Eshraghi.

He said the Oregon Burn Center just began using nitrous oxide in the last year and is open to evolving and bringing in new technology and pain treatment methods for their patients.

"We are pretty far advanced if you talk about virtual reality, hypnosis, and the use of inhaled nitrous," he said.

RN Matthew Lindsey heads up the virtual reality side of things at the Burn Center. We watched as he slid a VR device on his head and explained that the goal is to give the patient something else to focus on. He demonstrated one of the virtual reality programs, "they're in a boat and I think a couple of people have told me they think it's like Fiji."

Lindsey said virtual reality doesn't always work for everyone, but staff have noticed a reduction in pain medications.

As for the hypnotism?

Dr. Emily Ogden is the staff psychologist for the Oregon Burn Center. She focuses on having patients relearn the beliefs they may have about pain.

"Whatever pain or discomfort that they're experiencing," she said, "is an indication of healing and health and not a sign of danger."

In addition to self hypnosis, Ogden also helps patients with guided imagery and progressive muscle relaxation.

"Another common image I use is a container, so asking somebody to picture putting their pain into a container then asking them to imagine that we're putting the container further and further away from them," said Ogden.

Her work is usually done 20-30 minutes before a burn dressing change.

For burn survivor, Passarelli, the nitrous oxide she took a chance on, is working.

"You're actually happy when they're doing this stuff down there. It's like incredible," she said. 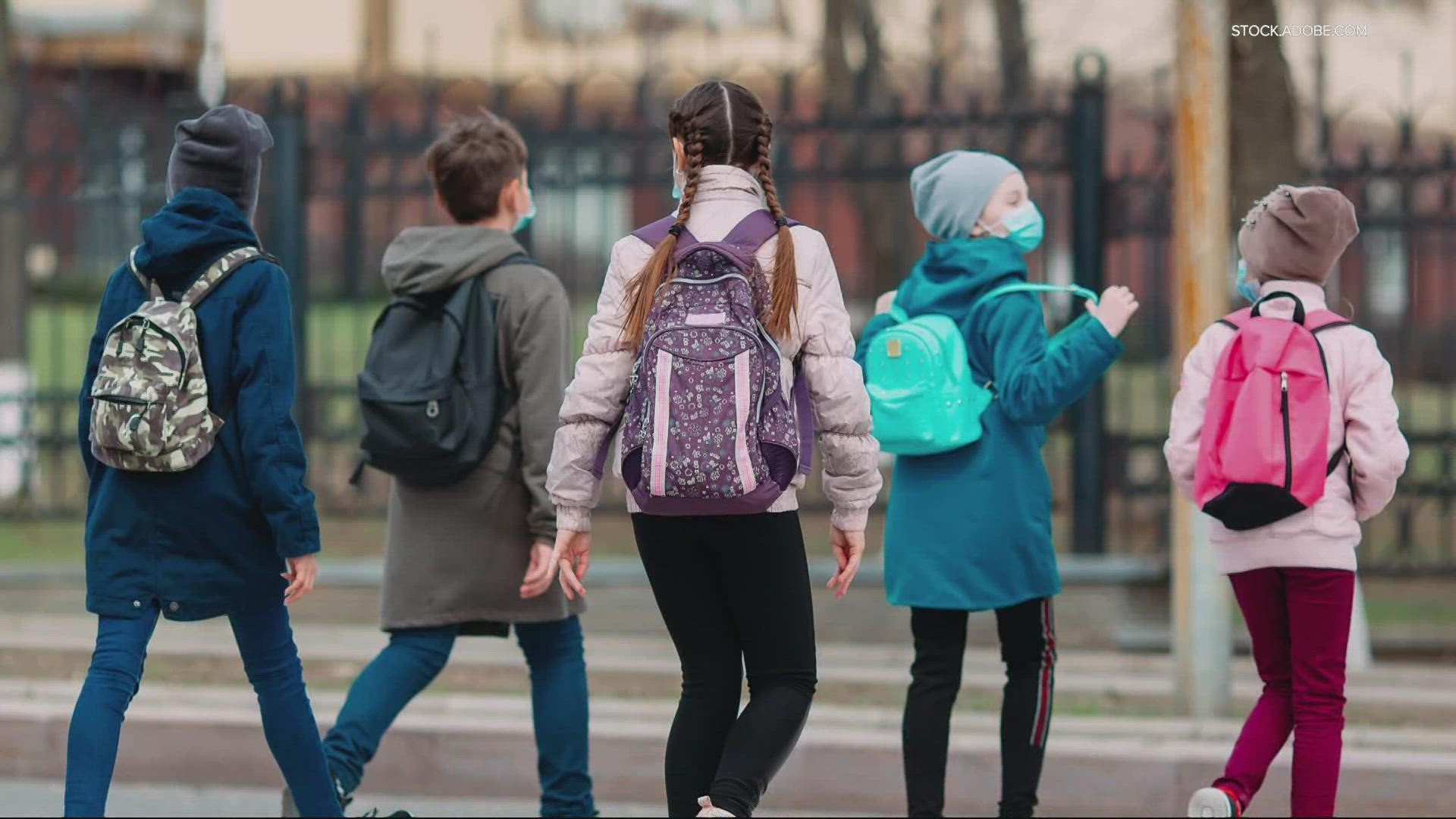