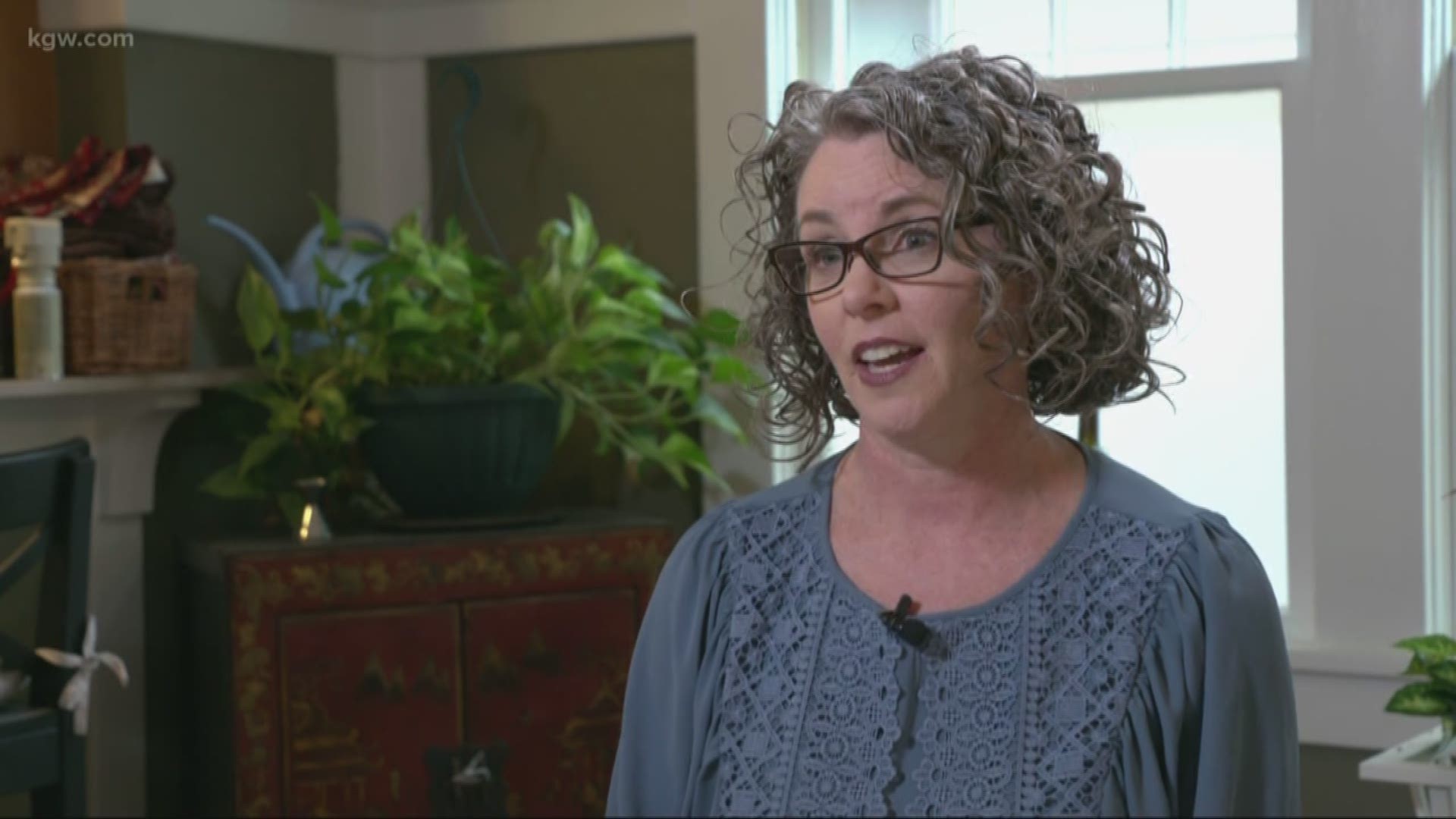 Vaping among young people shows no sign of slowing down.

Her office recently introduced legislation, HB 4078, that would ban all online sales of vaping and e-cigarette products to consumers in Oregon, similar to the ban on online sales of cigarettes in this state.

“There’s just simply no way to monitor the age verification and too many kids are vaping. The numbers are just astronomical,” said Rosenblum.

A recent report by the Centers for Disease Control shows one-in-four high school students vaped within the last 30 days.

Jenn Dryden of Portland had heard the stories and talked with her 14-year-old son about the dangers of smoking.

“We talk very openly with our kids these days about all the dangers of drugs and alcohol and smoking,” said Dryden. “In my own family, I have a personal history with lung cancer and all of that. And he knows that he's well aware of that, but teenagers are just going to do what they want to do to look cool and to fit in and to be a part of the crowd.”

Dryden learned her son was vaping after discovering an invoice for vape juice from an online store called All Puffs, which is based in Ohio. She asked that KGW not use her son’s name.

“About a week later, his dad went in his phone and found, I would say, conservatively about a hundred videos of him vaping,” said Dryden. “He did not look like an amateur, let's put it that way. And we were both mortified about this revelation, obviously.”

Dryden said many of the videos of her son vaping were taken on the app Snapchat.

“We discovered, even though ostensibly Snapchat deletes videos right after you make them, that doesn't always happen that way,” said Dryden.

Health officials say social media has played a big part in the spread and popularity among young people.

Even though social media companies have cracked down on things like sponsored vaping posts, the hashtag "vape" has 28 million posts on Instagram.

The hashtag "vape tricks" has 5.4 million posts featuring pictures and videos of users blowing “vape rings” to their hundreds or thousands of followers.

Dryden said her son was no "vape influencer" but he was far from a first-timer.

“He had clearly been practicing and doing this for quite some time. I did not look like someone who had just picked up the vape pen and started doing it,” said Dryden. “I was watching him and I was like, who is my son? It was a real jolt as a mother.”

Dryden grounded her son for the entire summer and took away his phone, but she wanted to do more.

She said she called All Puffs to ask how her underage son was able to buy vaping products so easily online.

Dryden said the customer service representative told her All Puffs has an “attestation button” that a customer must click before entering the website. That is a button the user must click to say they’re over the legal age to buy vape products.

“I said, ‘You're not seriously on the other end of this phone telling me that that's how you can tell if someone's of age’. She said legally that's all we have to do,” said Dryden.

The representative told Dryden her son was able to buy the vape juice with a prepaid debit card.

Dryden went online and filed a consumer complaint with the Oregon Department of Justice and called several politicians.

“I called Kate Brown's office and I called Earl Blumenauer and I called Jeff Merkley’s office and I got interns, probably, or whoever was picking up the phone,” Dryden said. “They listened to my complaint and they said, ‘Thank you very much.’”

Dryden thought nothing much would come from her complaints until she got a phone call from someone in Oregon Attorney General Ellen Rosenblum’s office.

Rosenblum’s office had received Dryden’s complaint, contacted All Puffs and told them they were no longer welcomed to do business in Oregon again.

The company and the Oregon Department of Justice agreed All Puffs would not sell to customers in Oregon because, according to the state, there is no way to verify the age of the people buying the products.

“They've agreed to voluntarily comply with an agreement that they will not do business in the state any longer. No online sales regarding e-cig products” said Rosenblum. “We didn't feel like there was any way to monitor age verification with this company.”

KGW reached out to All Puffs to ask about selling the vape product to a minor and about the AG’s response. A representative did not return our request for comment.

Dryden could not believe the news from the AG’s office.

“I was jumping up and down with ecstasy. I mean, I was telling all my friends at work, I couldn't believe it. I forwarded it to people. I said you're not going to believe what happened. I kind of felt like Erin Brockovich,” said Dryden.

Rosenblum said her office wants to take that ban even further with House Bill 4078.

“We have determined that we aren't just going to go after individual companies like All Puffs, we want to do a broader brush policy approach,” said Rosenblum.

The legislation has passed the Oregon House and is waiting to be heard in the Senate.

“I think it's the perfect legislation and it needs to happen,” said Dryden. “It needs to happen now. And I know that's just for Oregon, but I'd love to see it in every state, too.”