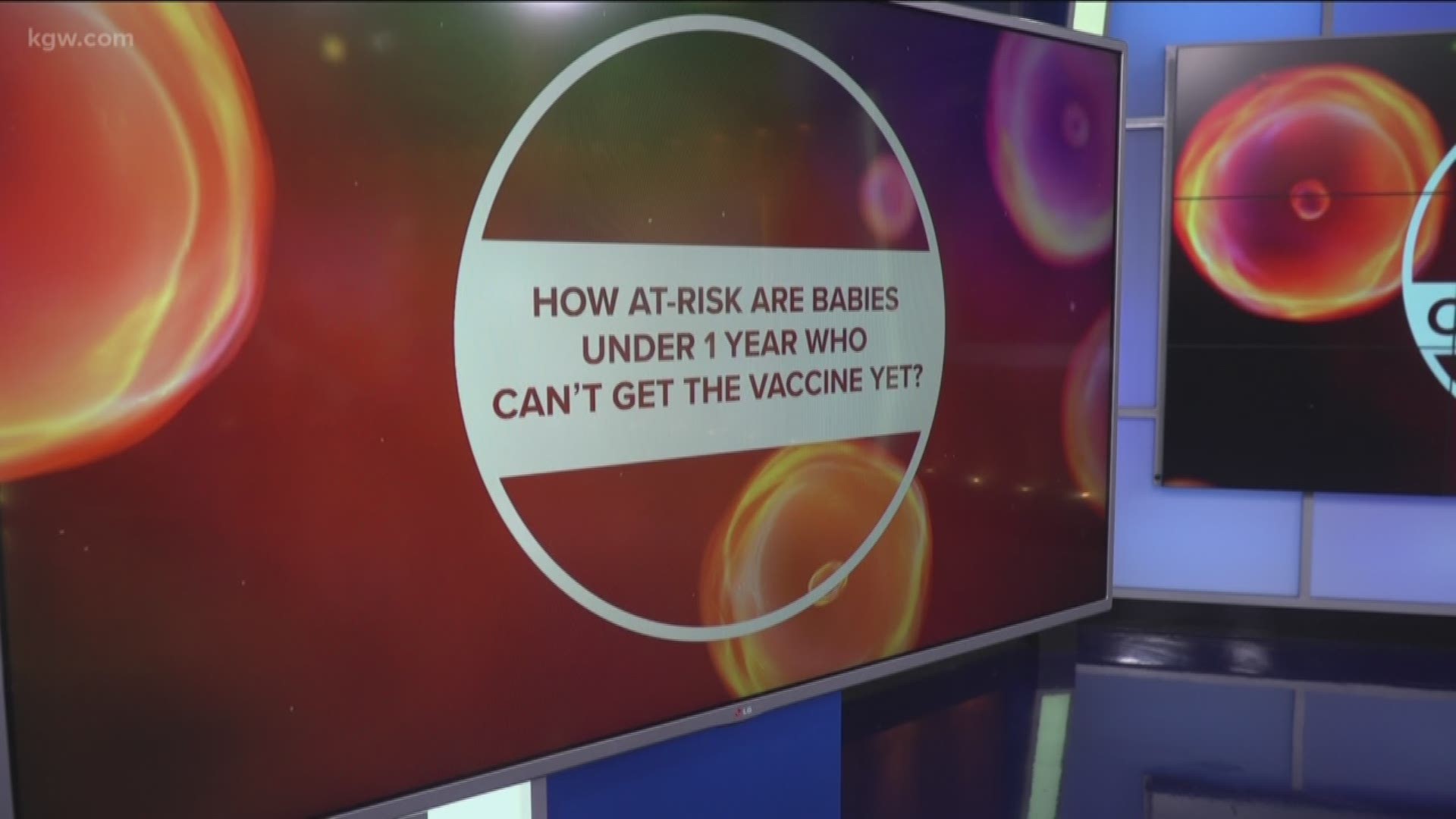 PORTLAND, Ore. — Health officials in Multnomah County said Sunday they're investigating a new potential case of measles, which if confirmed would be the fifth among Multnomah County residents.

The prior four confirmed cases in Multnomah County were all linked to the outbreak in Clark County, Washington, where there have been 65 total cases of confirmed measles. But health officials said they've found no connection between the new case, identified on February 23, and the Clark County outbreak.

“We are notifying people who were potentially exposed out of an abundance of caution,” said Dr. Jennifer Vines, Multnomah County deputy health officer. “The good news is that measles is not spreading from Clark County to the Portland metro area.”

Health officials say anyone who is not immune, and was exposed or believes they may have symptoms of measles should call their health care provider prior to visiting a medical office.

OHA is working with Multnomah County, and other Oregon and Washington agencies, to notify individuals of their potential exposure and help them take steps to prevent exposing others should they become ill.

RELATED: What is herd immunity and why doesn’t Clark County have it?

Measles is a highly contagious and potentially serious illness. People with measles can spread the virus before they show symptoms. It is spread through the air when a person with measles coughs or sneezes.

Anyone with questions about measles infection or vaccination should call their primary care provider or local county health department:

Most Oregonians, and 96 percent of school-age students, have immunity to measles because they've received the vaccine for measles, mumps, and rubella, known as the MMR.

Oregon Health Authority said the measles threat has resulted in an increase in vaccinations. The number of measles vaccines given out in Multnomah, Clackamas and Washington counties tripled in January compared to the same time last year, from 200 per day in 2018 to 600 per day this year.

"This outbreak has put people at real risk," Ann Thomas, public health physician at the Oregon Health Authority, said. "It has also raised an awareness that measles could easily make a comeback, and the only way to prevent that is to get as many people vaccinated as possible."